Zenfolio and I are about to have words as I had this entire post typed, went to add the photos and they lost the entire thing - gave me a "there's been an error if it persists contact support"!  Sureeeee, except your support page won't load either!

Okay so here goes again and I'll start saving it every other word!  :)  When I'm this far behind in posts having it all lost is frustrating but I am behind really simply because work is overwhelmingly busy, rather depressing (especially in the office space) and stressful.   The busy is good but getting on the computer for anything but work is well, not a priority.  Enough excuses though let me sort of catch everyone up.

My decorating is done and boy oh boy was I glad I did the outside lights when it was still warm!    I have to say, driving to work past the subdivision below me where they've got quite a few lights up - well, makes me happy.   Cheerful in dark dreary winter days (or mostly nights).   I've broken out the old Lumix camera as the phone and the Icloud have given me issues downloading photos.  I had it and decided I can let it lay around like I do the phone and it isn't that much bigger to put in the purse.   Cool think is it has this nifty star effect which was fun to use on the tree! 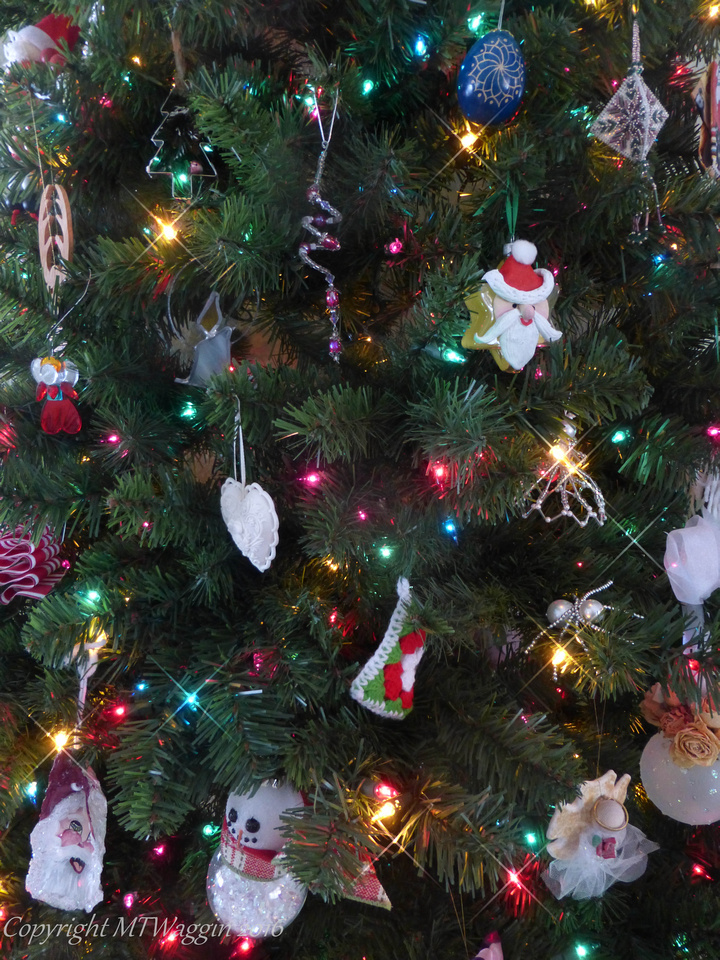 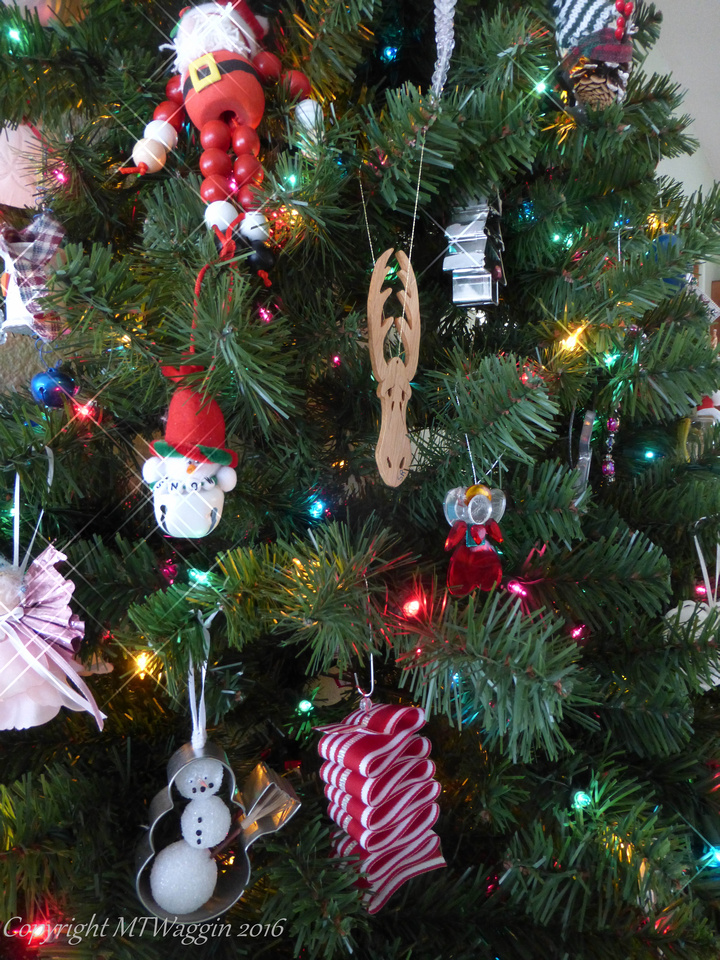 Kinda fun huh?   I also added ONE new decoration after walking into the garden center at Walmart and seeing these wonderful Christmas cactus on clearance for like 5 bucks.  Not only that but they were super loaded with buds! 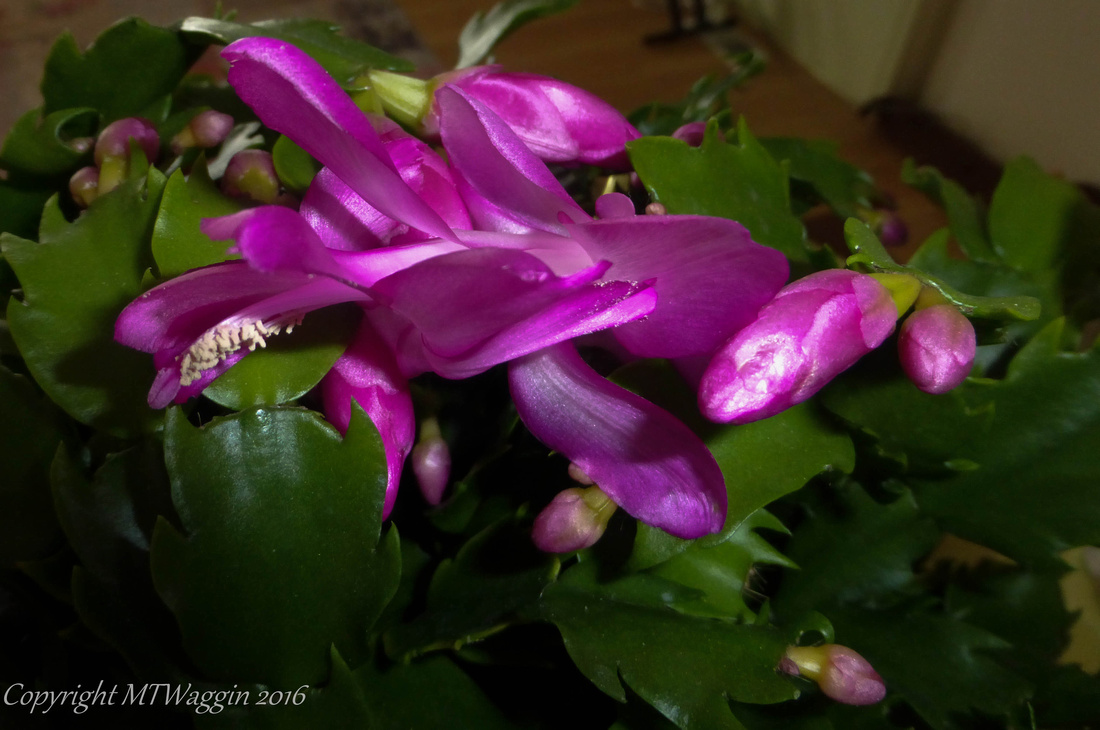 Winter arrived with a last week with our first REAL snow (a couple inches) and below zero temps with single digits during the day.   God bless work from home options which I "should have" used Monday morning - when I did drive the truck in (4WD) but then promptly fell on my butt in the parking lot at work.    I have noticed that the white lines they painted between the spaces, when wet are slick, but when snowed on are deadly!   That has in turn messed with my head on the walking end of things.   I am trying to get back to it though and Epic and I took a stroll this morning before heading to a friend's place to help put away agility equipment (yes she's resigned to winter finally).   Of course MY equipment is still sitting in the front yard.

It was a lovely morning with sun and no wind and about 19F. 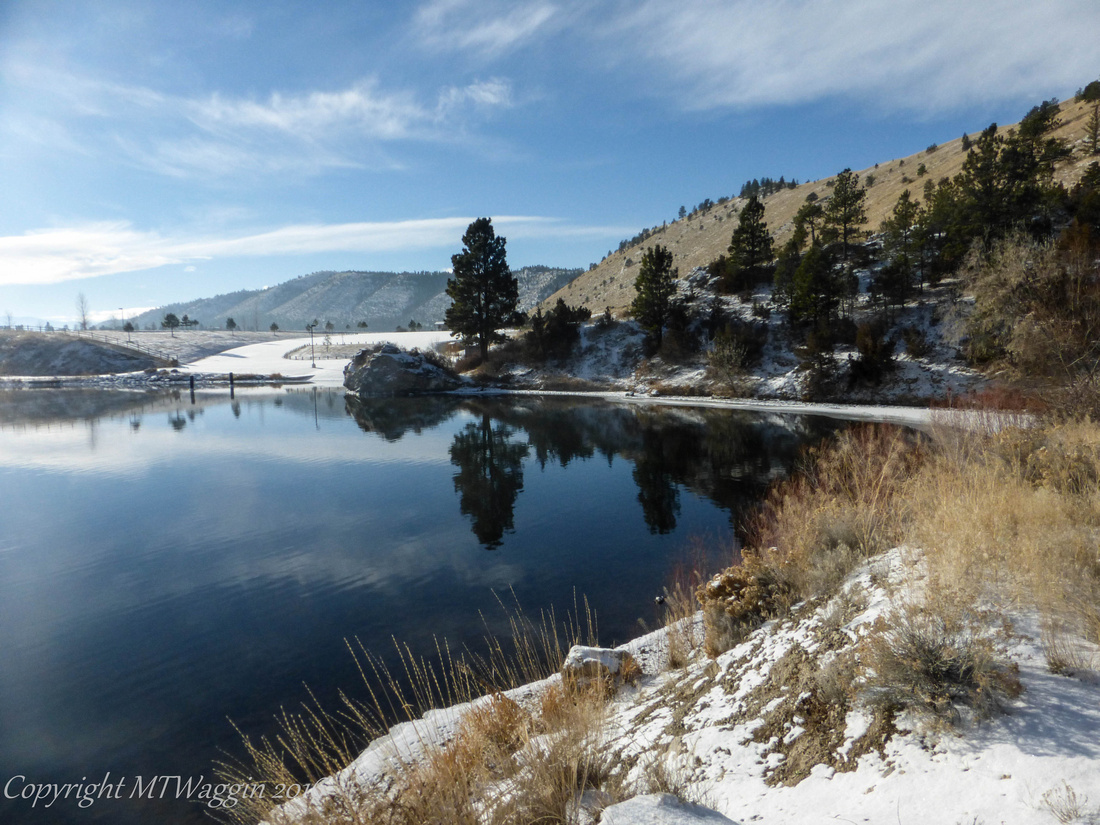 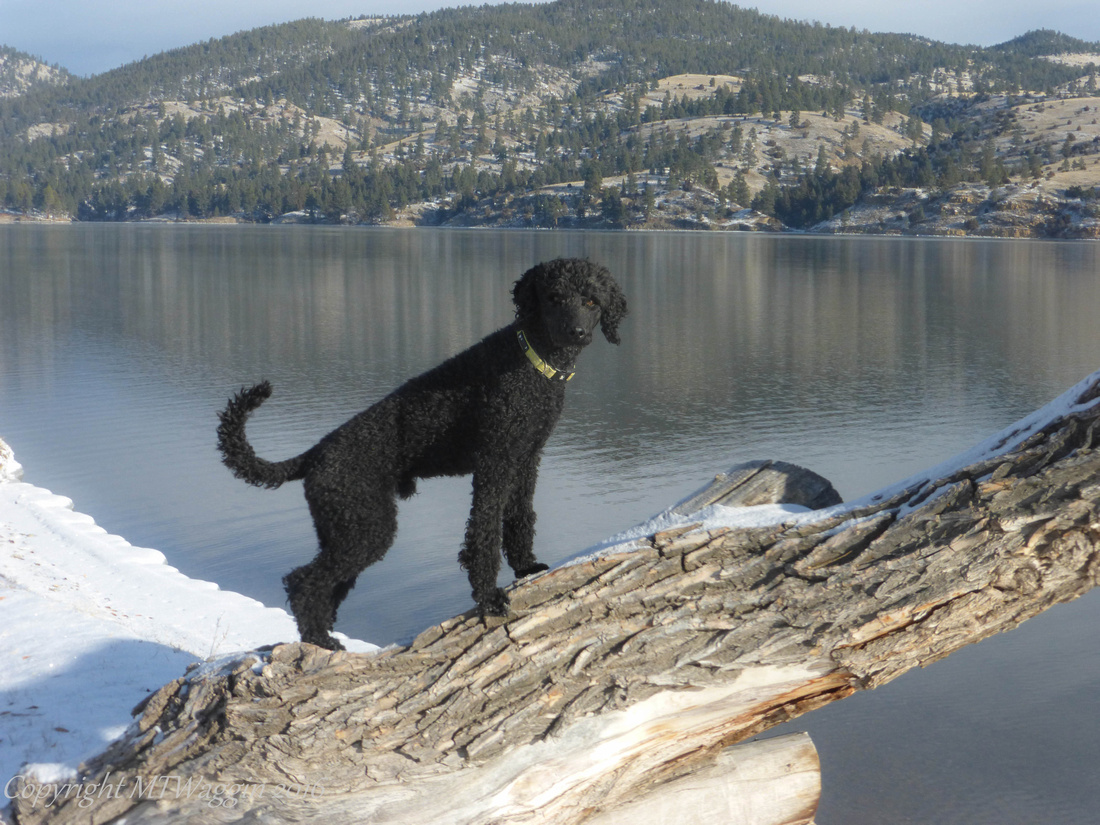 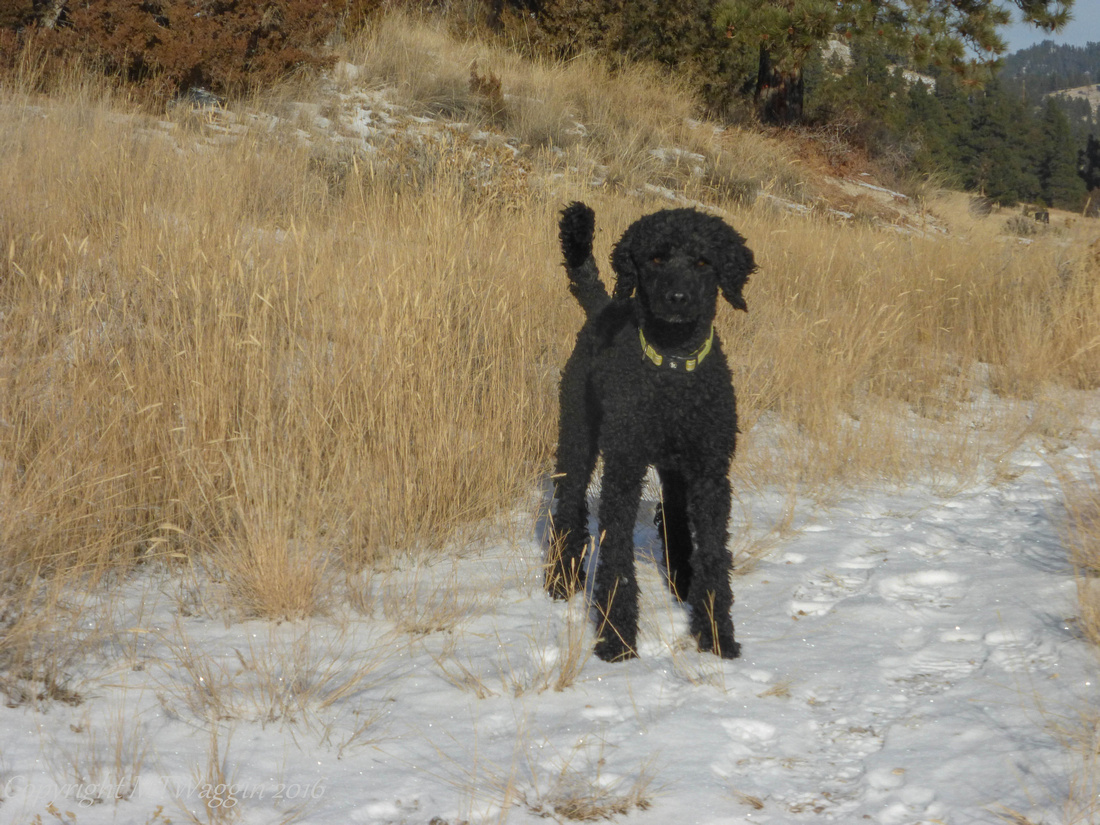 That boy is in desperate need of exercise both physical and mental!  So starting this week we have class one night and I have decided we are going to start practice on his Rally-O exercises and some formal obedience.  All  things we can do indoors.    Sterling stayed home as I didn't have time to bootie up his sensitive feet to walk.  He'll get to go though when we have time to dress him!  LOL

The river is showing just a tad of ice along the shallow edges but other than that - nothing.   Lake Helena has seen some ice this past week though.   Found what ice there was had some cool looks to it though. 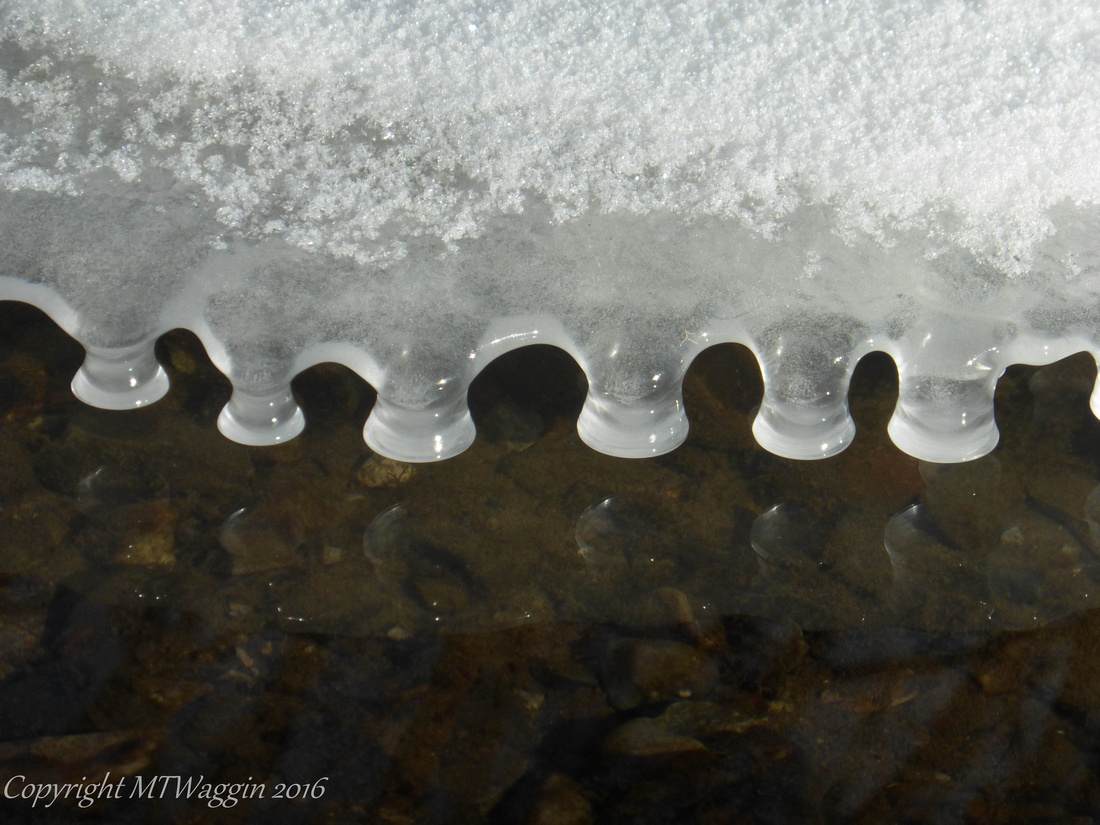 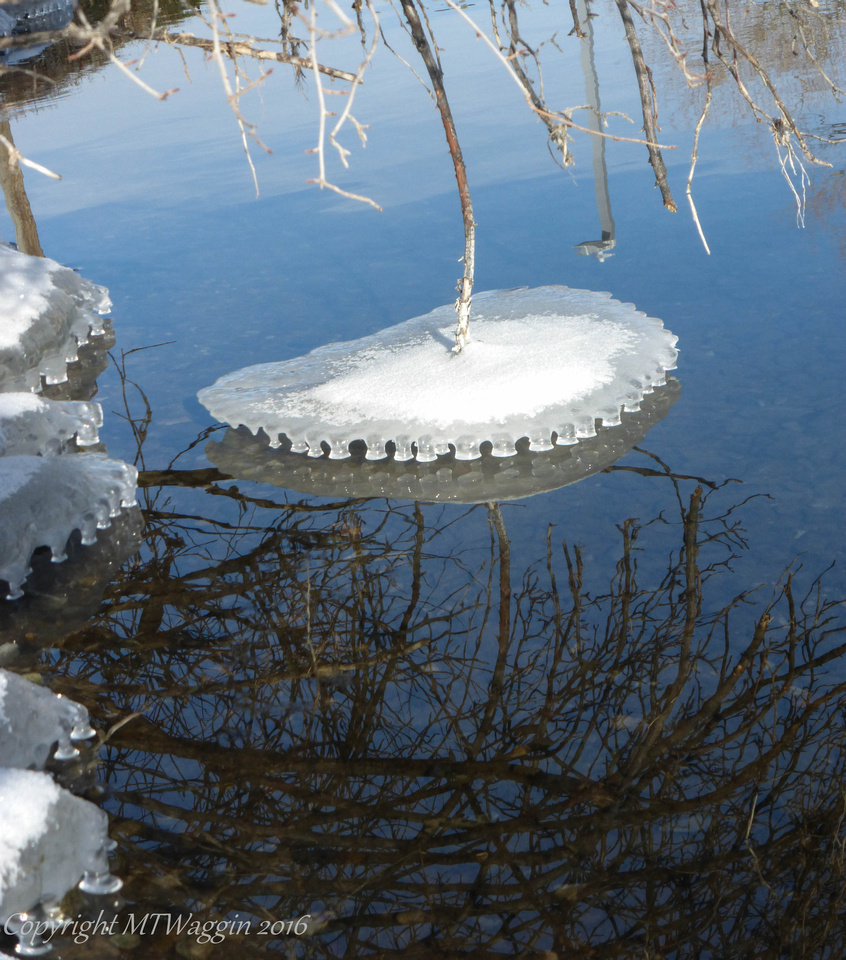 As we were walking I heard something screaming at us and looked wayyyyy up the hill to see this baldy sitting up there in the tree.  Now realize with my Lumix I have no viewfinder and I had no glasses so I was pointing in the general area, zooming in and hoping for the best.  You can laugh, I did. 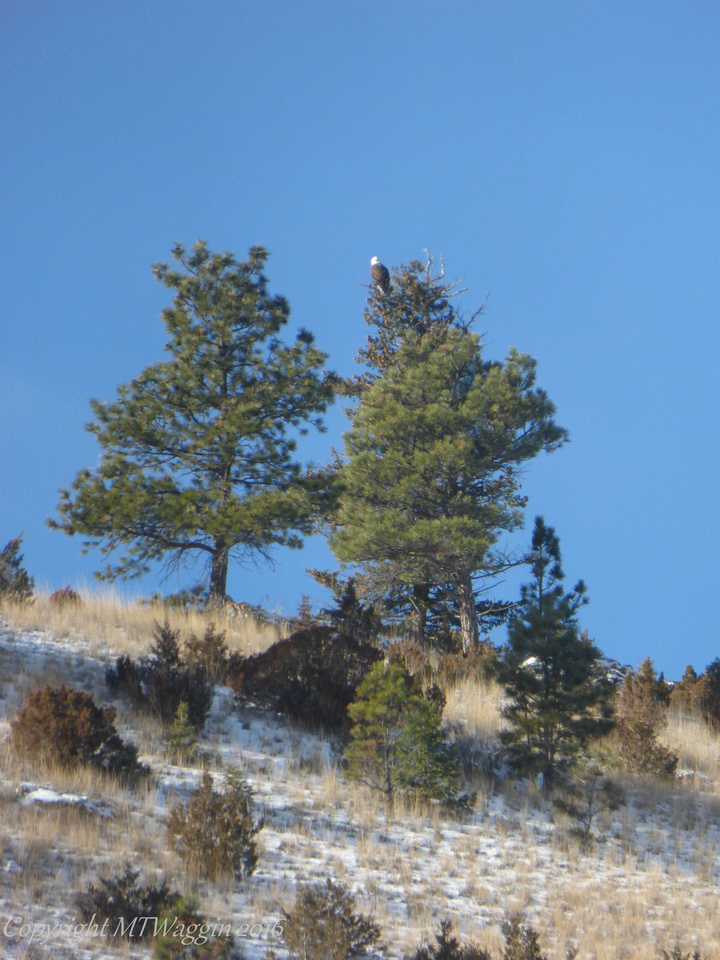 Okay, now remember - no glasses, yet I could look up another hill and see on the crest that there was a shape that didn't look like a tree or rock.  My guess was deer - haha!   I was right - and see the one clear at the top?   Don't tell me that muley ears aren't huge! 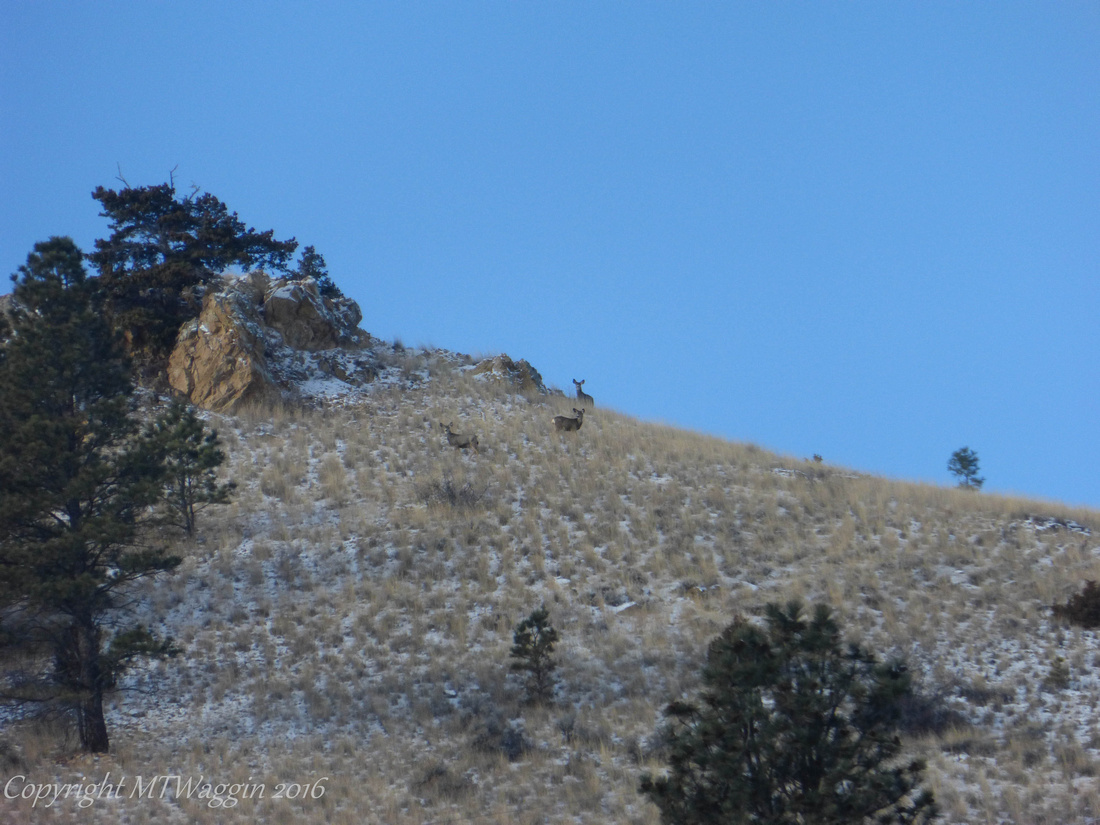 Mostly though I'm being like a hermit honestly.  I have baked cookies - 3 batches for the girls party this coming weekend.   Decorating and brunching and well, probably some drinking.   I also made my first ever batch of divinity.  Since I bought my new big bad boy stand mixer I decided I was going to try it and boy oh boy, that mixer has been AWESOME! I also have been working on a knitting project or 2, packing and mailing cards and gifts (done - yay) and working.   Mostly there is a lot of this going on in my house. 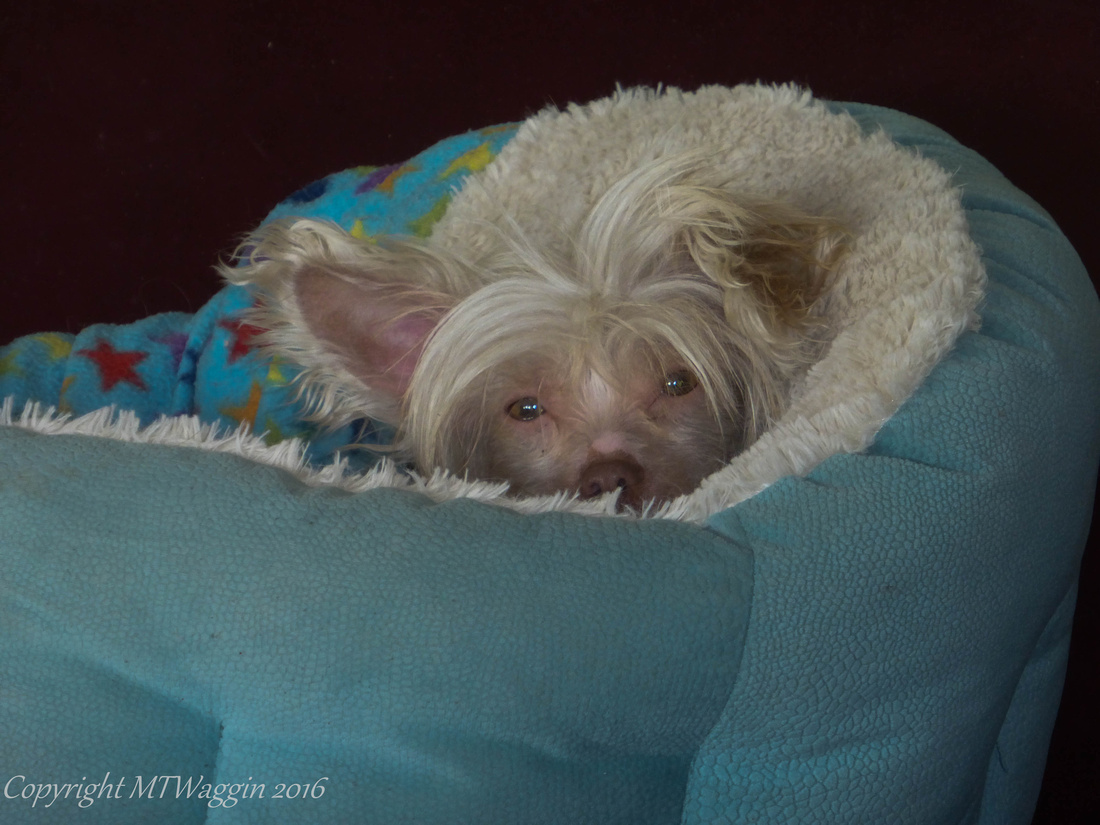 Lots of lying around being lazy and staying warm!  I've had one pretty sick pup and the old ones are just hanging out.   Dot bless her heart is still doing really well although struggles with the new Christmas stuff being in her way.  She is totally blind and walks around based on her footing and bumping into whatever is in her road.  It is hard for her though, especially when the poodles get ramped up and start spinning and looking UP not down where she is.  Magic is almost as bad and he's suffering some dementia issues too.   Makes me sad but they are still doing well and I just have to ramp up my management skills (and exercise poodles more). 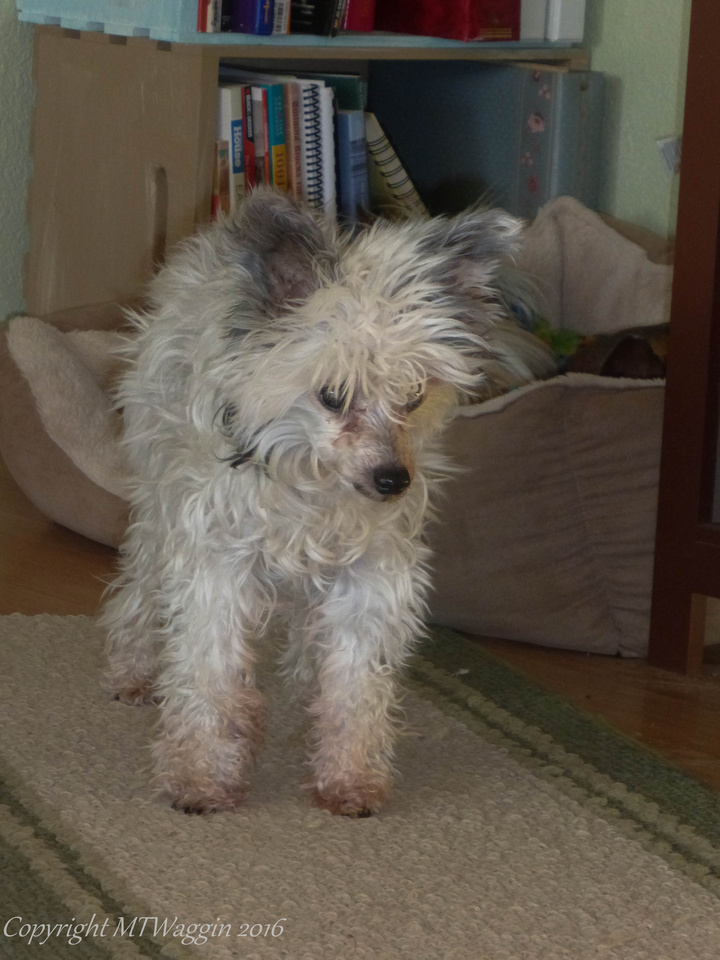 Epic is desperate for some real work and I need some positive things to focus on instead of the head games I am doing over work.  So he and I will start class this week and I am going to get my buns in gear and get him ready for spring Rally and some formal Obedience.  Will let you now how THAT goes!  haha

Linda W(non-registered)
What a gorgeous tree and ornaments! Glad your dogs are still doing good. Merry Christmas to you!
Far Side(non-registered)
That was a great tangle for your Christmas Greeting! I enjoyed seeing it! Old dogs...sometimes we feel like a nursing home for old dogs and we just have one! You have been busy and your tree is beautiful! :)
Brian King Images(non-registered)
Beautiful tree and gorgeous landscapes! I noticed Zenfolio seemed to be running a bit slow the other day, but I didn't have the problems you did.
Linda Star's mom(non-registered)
Oh your tree is soooooo pretty!!! Those are the kind of lights and decorations that I love......all little toys and such......just love it!!! That is how we used to decorate our tree back in the day..... I always love seeing the dogs. Kisses to all of them.
TheDancingDonkey(non-registered)
I am glad you are doing well despite work stress. it sounds a lot like my job lately. Awful. Blogger is also having trouble. They've gone and changed the entire format and it is terrible. I often think that computer technology is devolving rather than progressing.

As always, it is great to see your wonderful photos and that beautiful Epic.