I have to first apologize as I now see it has been 6 weeks since I last posted.  Gosh how busy life gets and thank you for those that have hung in there and even posted to my comments asking where the heck I've been!   Good news - nothing tragic just freaking busy!   I also feel bad if I do a post on goings on that doesn't at least  have some photos.  Well, I've not been out with the big cameras at all actually but have amassed some phone photos so those are what you get today.

So here is a quick run down (in addition to the huge increase of things to do at work - not complaining!).....

There has been cleaning and rearranging at my house.   More loads of stuff to the thrift store, the library, given away, sold, blah blah blah.    One was the change in the living room that boiled over into the dog room.   I had this massive entertainment center in my living room that well, was just BIG!   I really wanted to go back to my small table for my TV but that involved cleaning out all the crap (yes if you've not touched it for 2 plus years I think "crap" covers it).    I did that through various venues of removal, including ye old trash can.   Once empty I just really wasn't sure what to do with the thing.  Then I though - Hey! it is just the right height for grooming dogs, has great storage which would then tidy up the dog room.   So here was the result.

That also allowed me to get an initial start on cleaning out the walk in closet in that room as well.   Out went the crib (yes my baby crib that is 50+ years old) which then replaced the crib I was using in the office (minus one side) for the dogs to lay on.   Mine worked better as the mattress can be set down lower so it is easier access for the small dogs in the office.  The replaced  crib was then taken apart to head to the dump.  Well almost (more on that later).

In my cleaning mode (gotta use it while I have it) I really wanted to get all of my books out of the numerous closets, shelves, hidden spots that I had them and out where I could see and know what I have.  Also to help push me to start reading some and well get rid of a LOT of them!   I have always wanted some shelves in my living room but never could find ones that would fit the "just short of 24 inches" spot.    So you guessed it - I just buildt some of my own.  The crates were premade Walmart versions, sanded up and painted but I didn't want the bottom one sitting down on the floor so I did make up my own base for them. 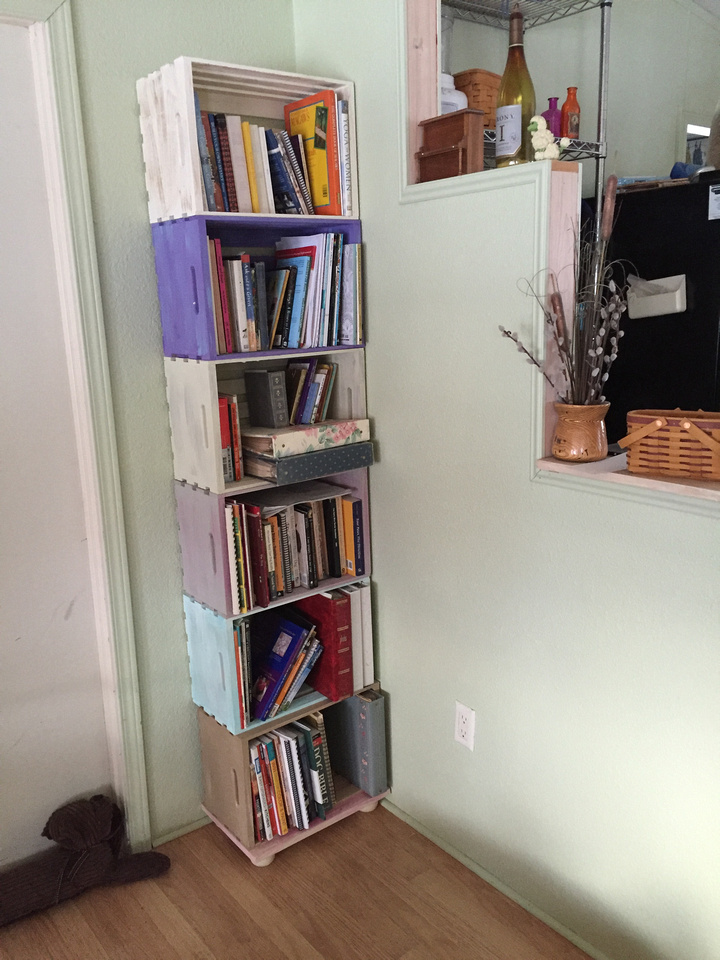 Now for the replaced crib.   It was a newer version of cribs that I had gotten at the thrift store last year.  It didn't work for what I intended so the dogs got it and LOVED it (up off the floor and in a spot that gets sun).   It is an all hardwood crib and instead of a spring mattress base it had this lovely heavy duty plywood base on it.   Well darn I hated to not keep that for SOMEthing.   It got re-purposed for the trailer.   I had wanted to add a back of some sort to the benches in there as leaning back or sleeping against the rough coating on the drop down gate kinda sucked.   I had just enough of the quilt left from the cushions on the benches to do that and the bottom of the crib was a good fit albeit a tad short but who cares, it's a camper.   I really wanted the back to be "convertible" though so that when I have my Mom or a guest with me I could put it on the floor and extend the seating or sleeping area to more of a twin bed.    PVC to the rescue along with my trusty strapping (thanks to my lovely brother for introducing me to that - now in the box with duct tape and zip ties). 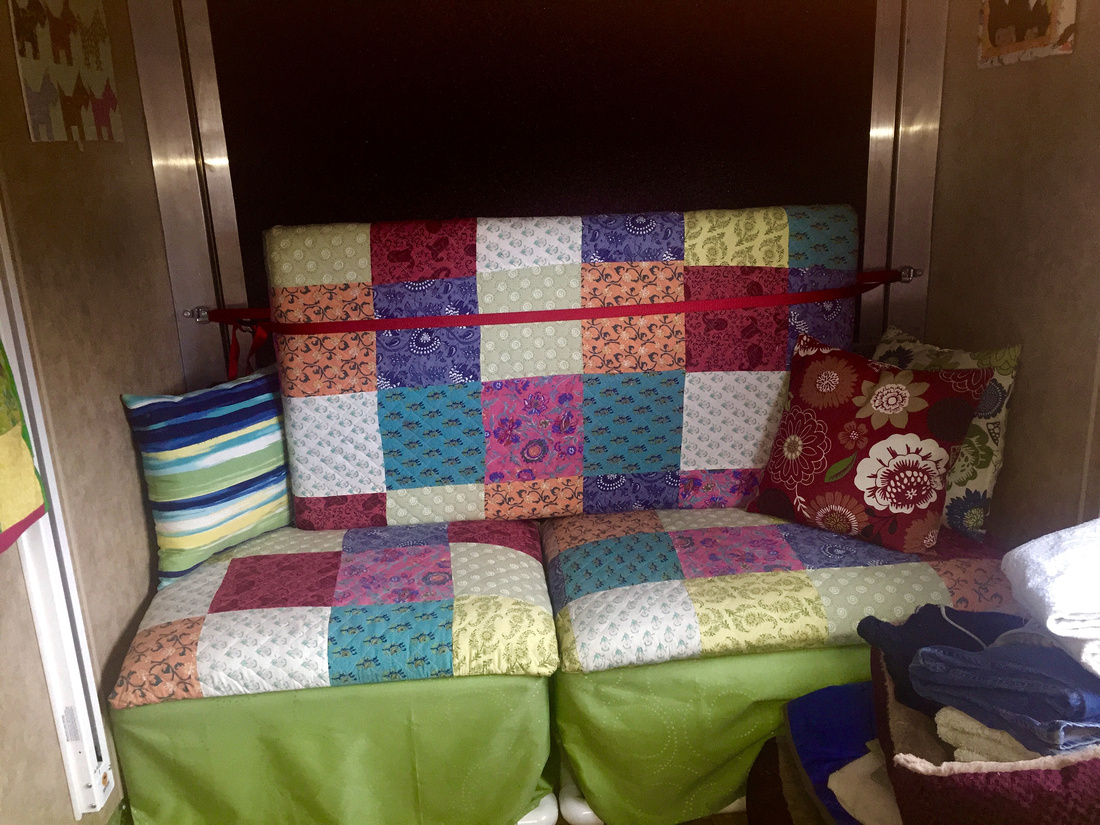 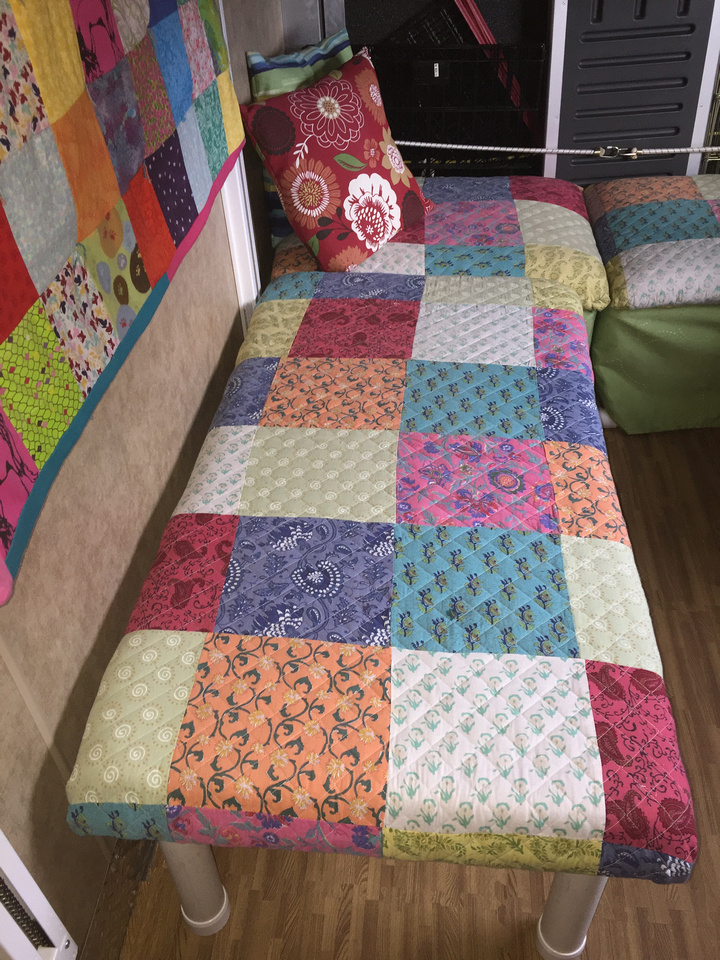 You get the idea.   While I was at it I also got under my trailer sink and got the leak fixed - again with some strapping and good old Ace Hardware!   Sorry no photo proof of that!

Since the weather has turned very spring-like I've also been super busy doing dog stuff.  I committed to myself to get us back ready for competition this year and we are giving it our best.   So there has been sunning (when we see the sun that is) 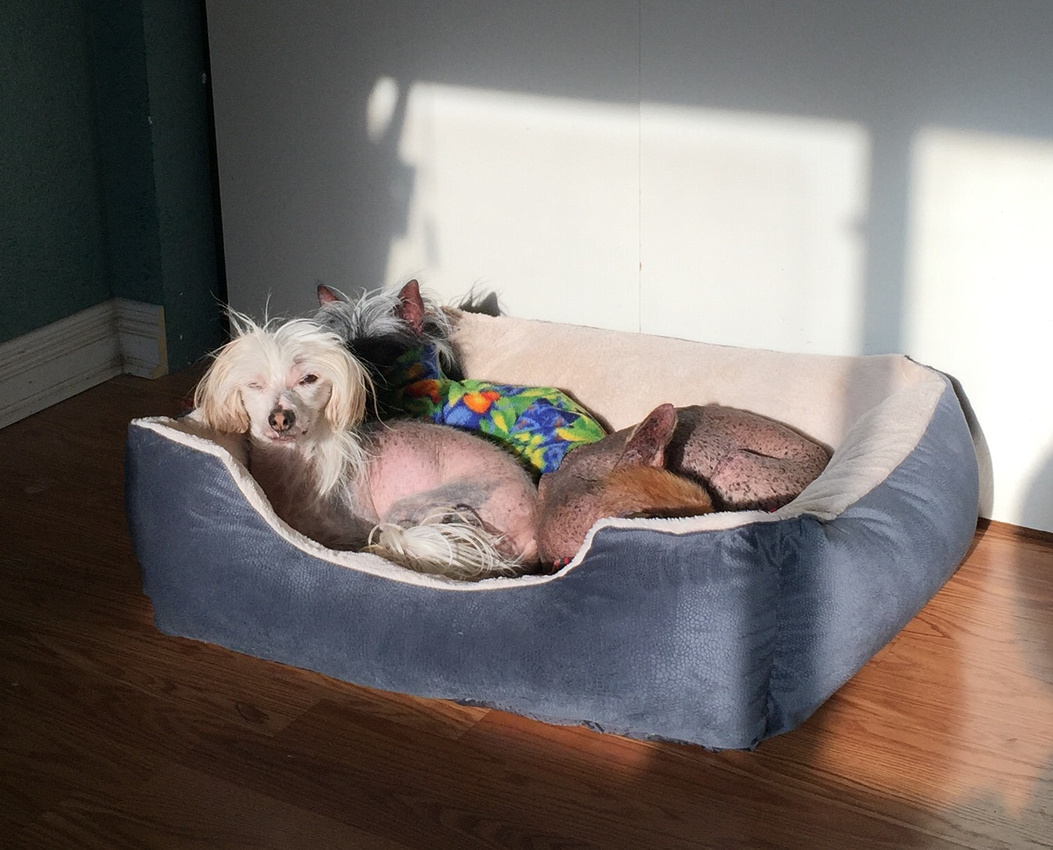 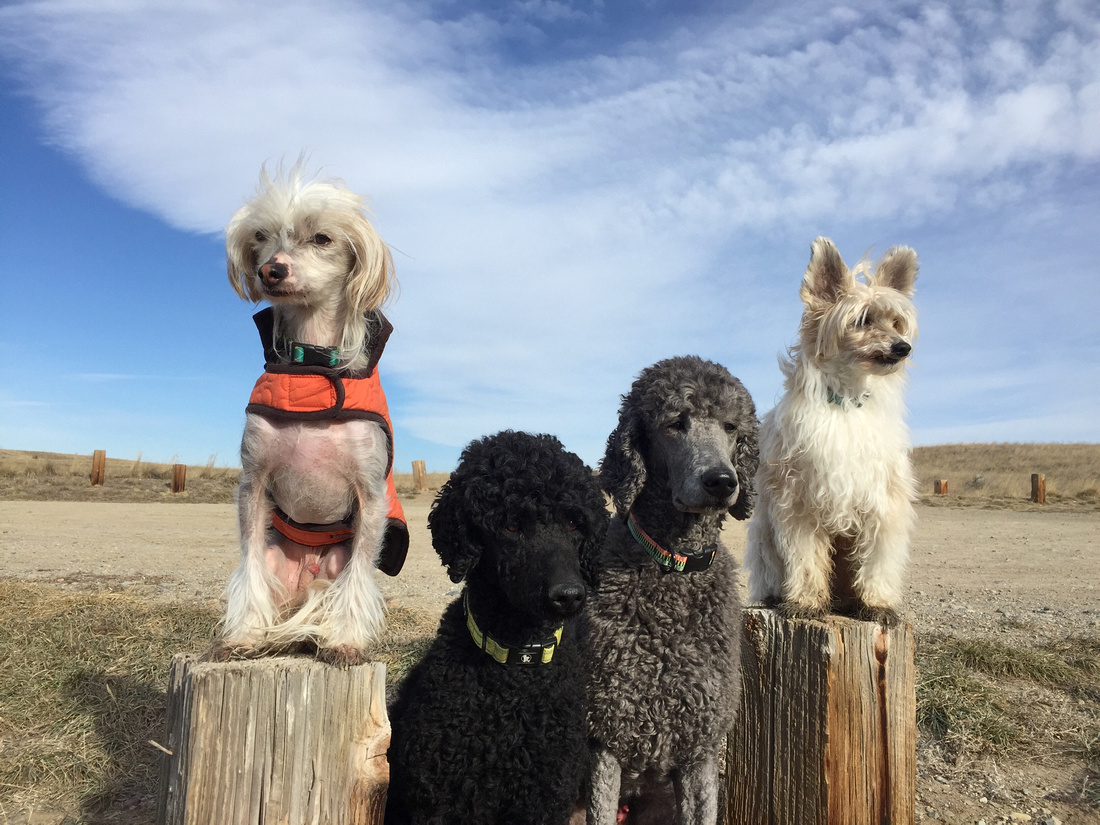 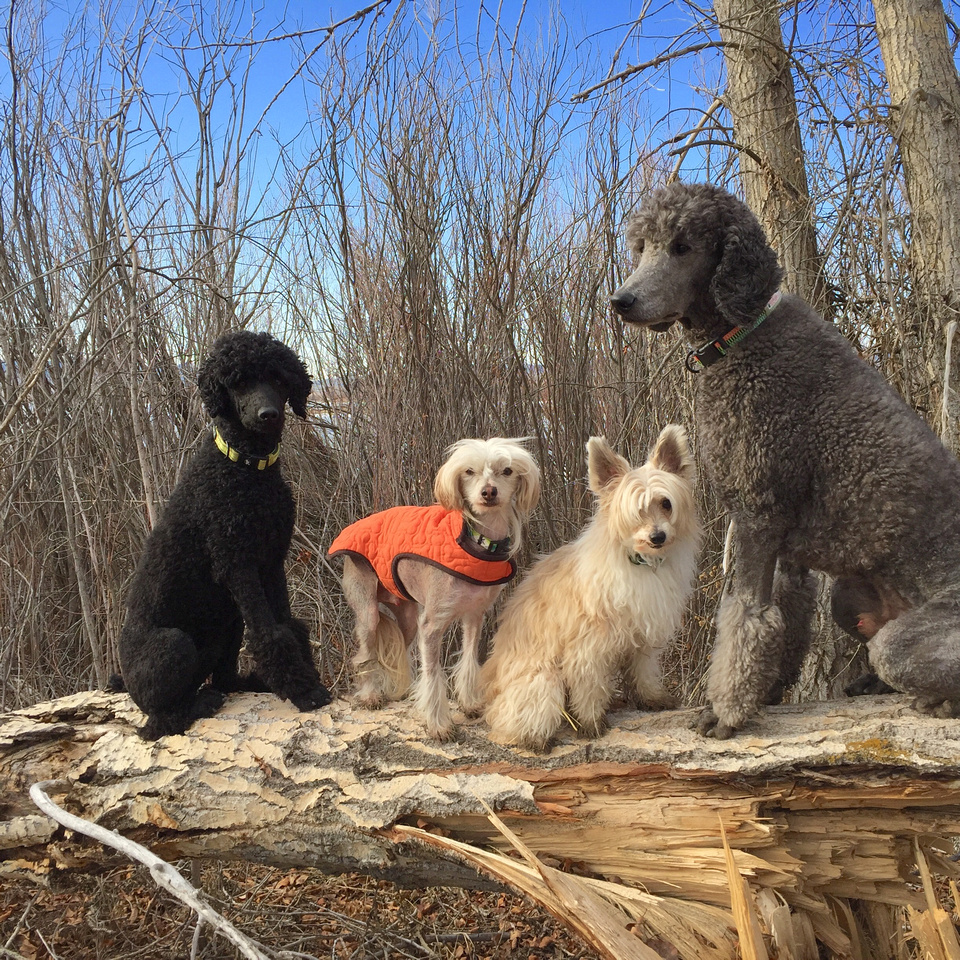 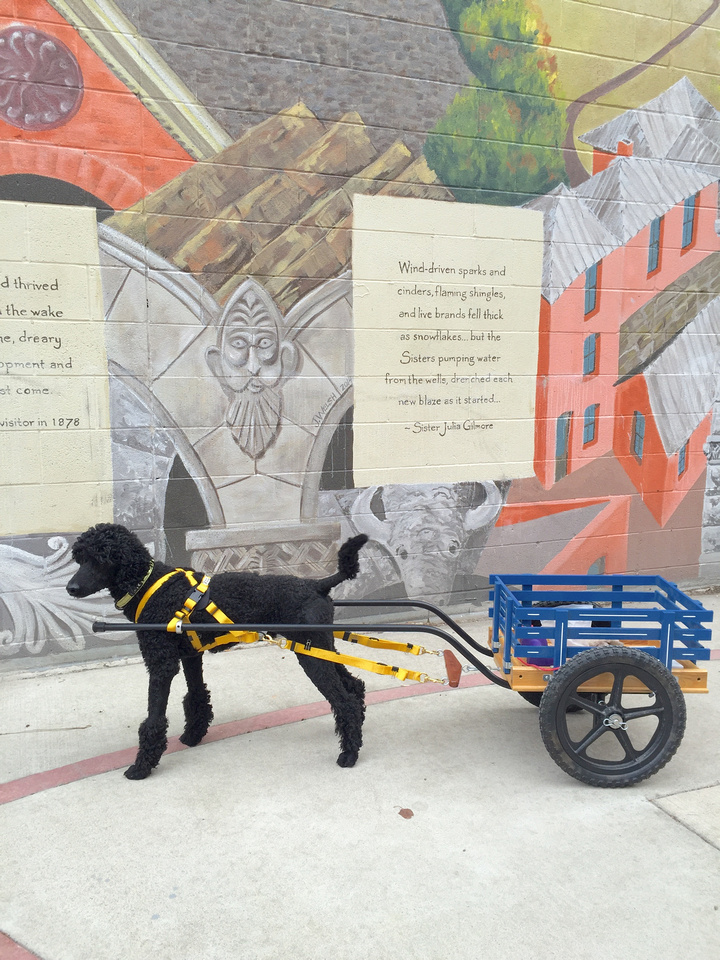 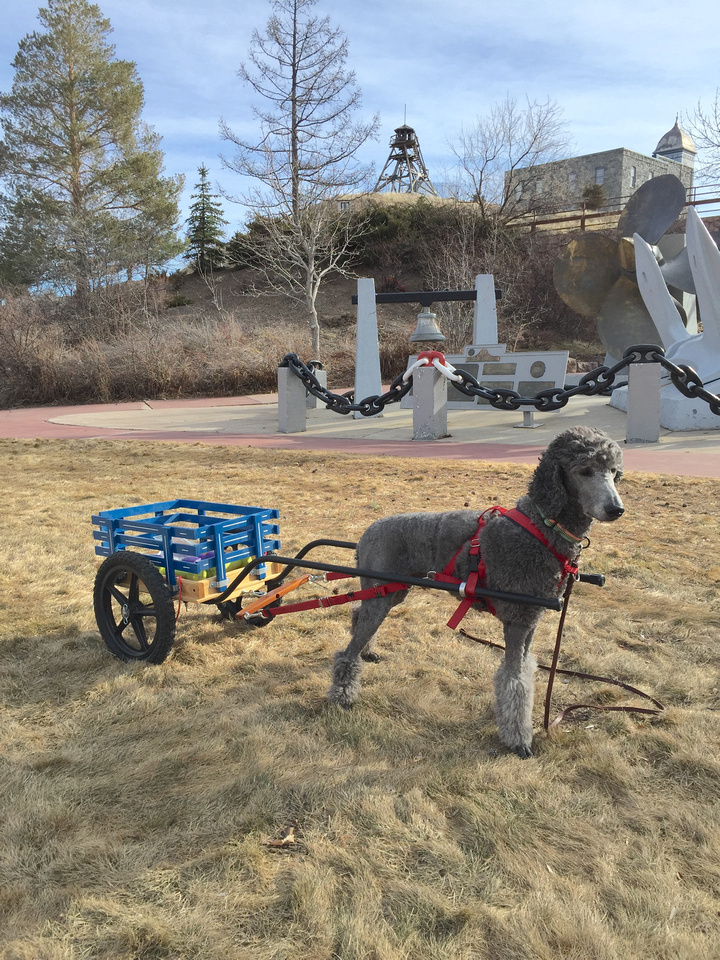 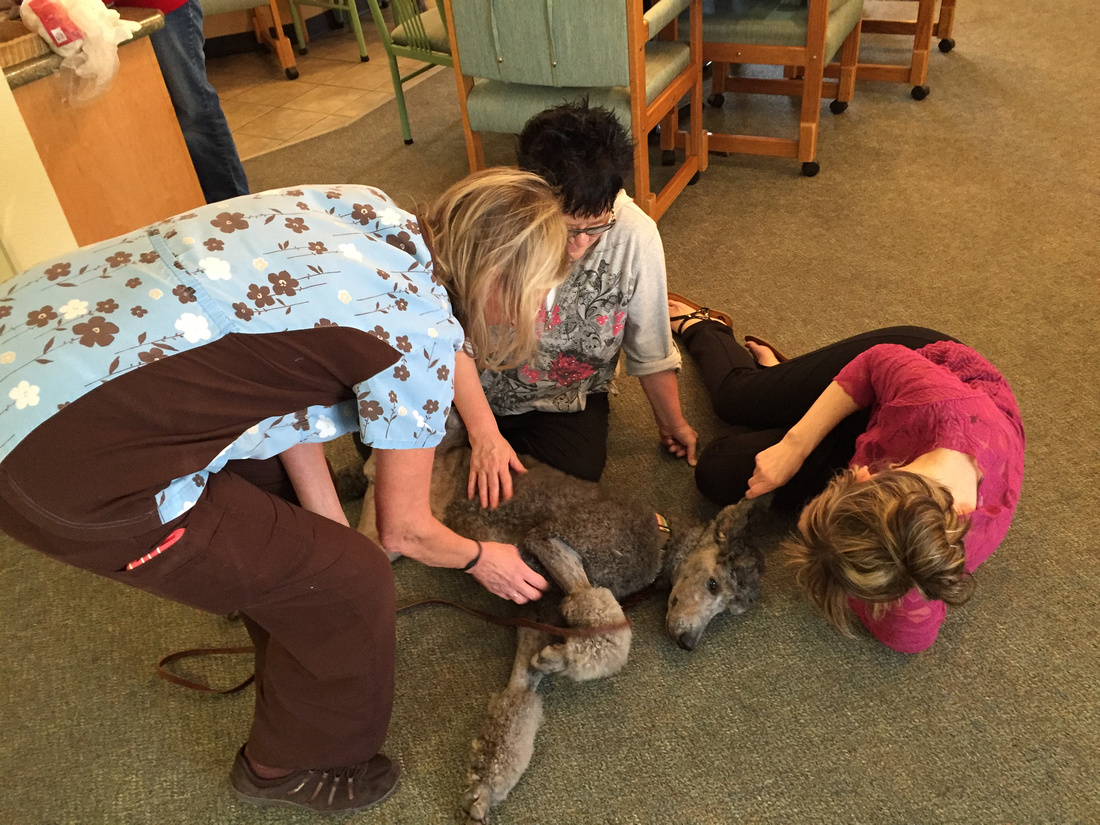 With all of that we of course have to have some bodywork done (both dogs and Mom). 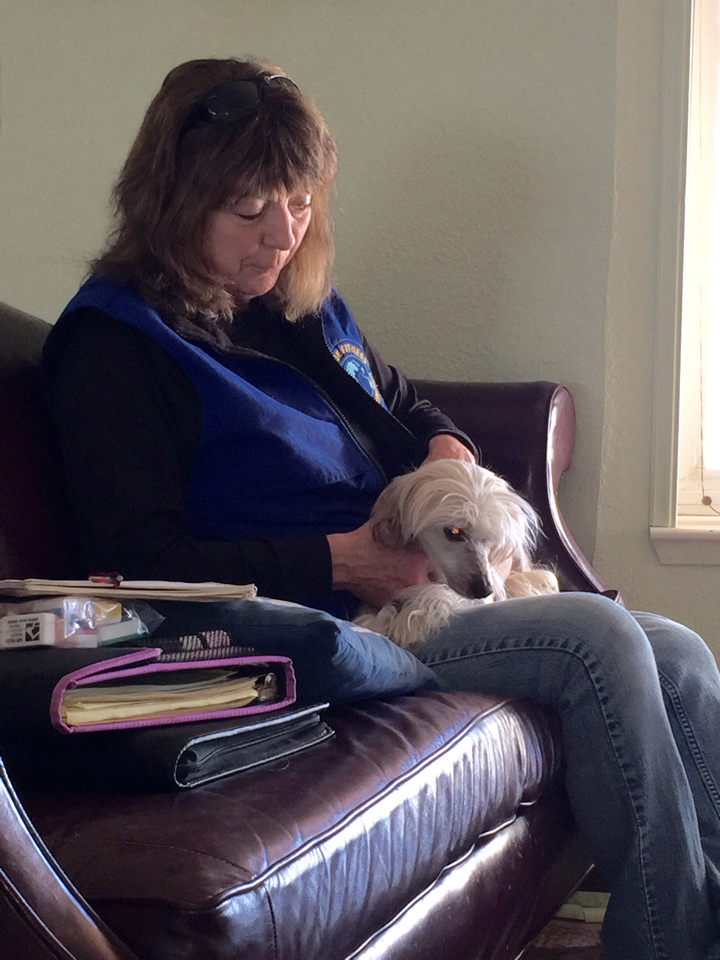 Yup a little busy.     To add to the fun and craziness I also started a 5 week long calligraphy class through our adult education (don't ask me how I'm going to get everything squeezed in towards the end of March - I do not know). 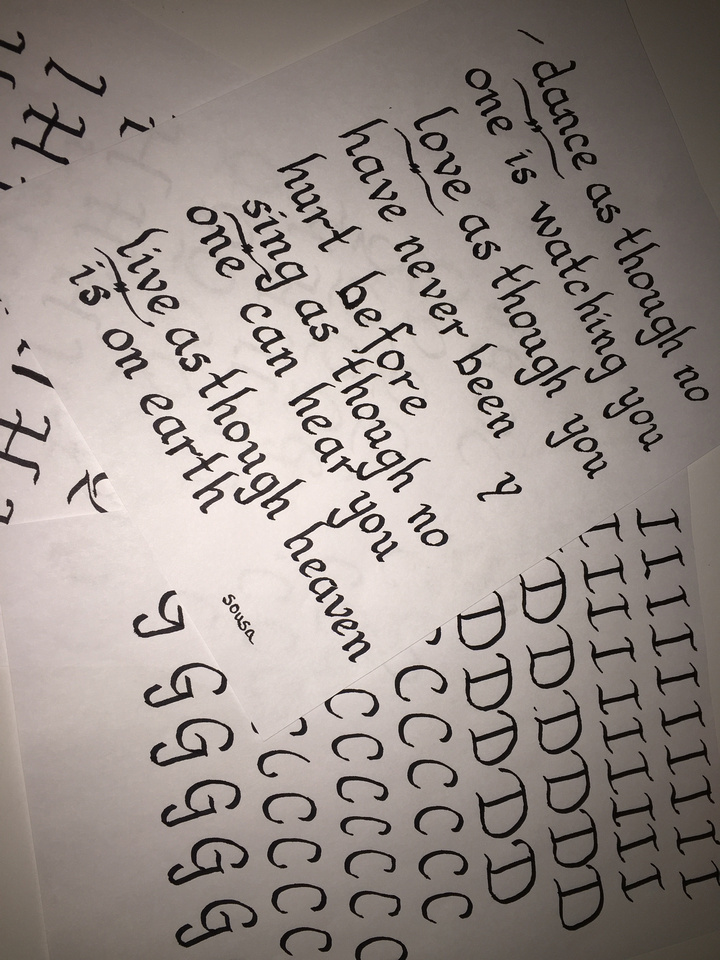 In my cleaning fervor I also cleaned out plants.  I'm down to 3 that appear to want to live and the spring cactus was literally on its way out the door to the trash.   Because I was distracted just long enough apparently, the bugger decided after 5 years to finally bloom.   It got a year reprieve! 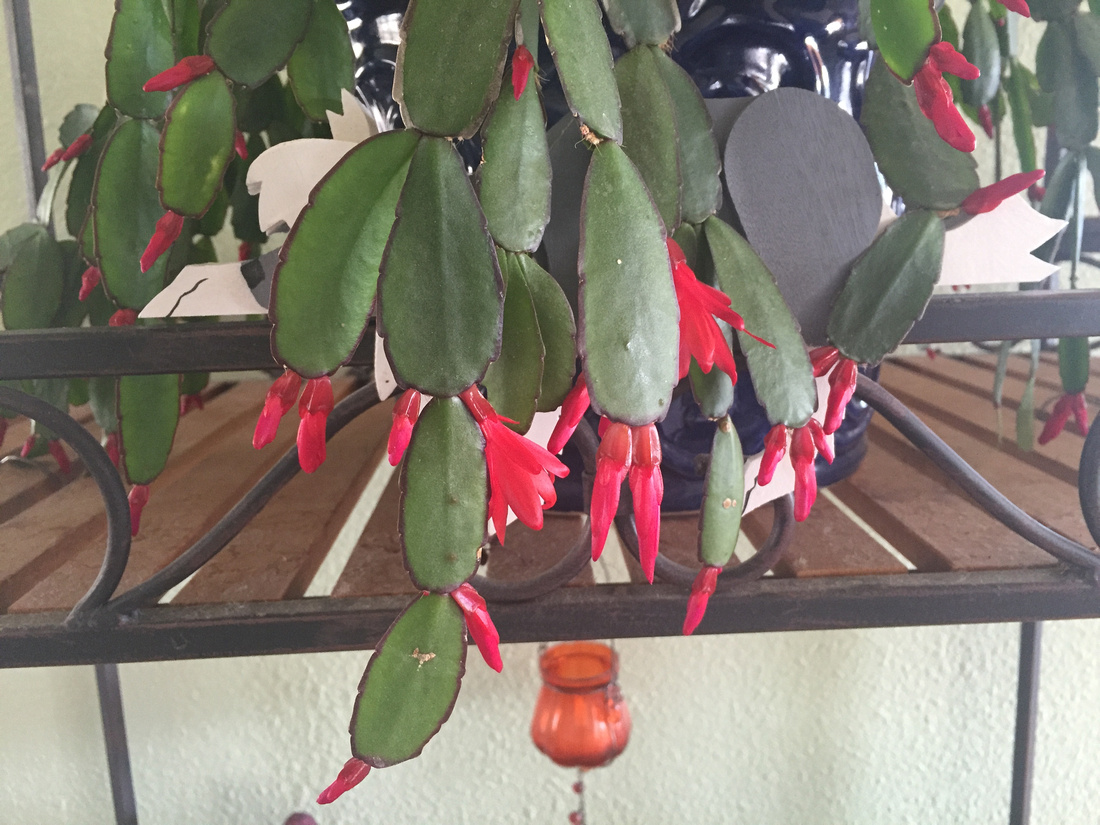 So there is my 6 weeks in a nutshell!   The next 6 appear to be even busier if that is possible.   Dog trial season fires up starting mid March with a bit of a pause in April before things get really crazy in May.    We have no less than 3 straight weekends of trials starting the 19th, therapy on the 13th and dog classes start for Epic the 22nd.   See - told ya!    Will post as I can.....tata for now!

Linda
Kim(non-registered)
YAY you're back! And no wonder you've been away for a while, what an incredibly talented person you are - congratulations on all that creativity.
Betsy(non-registered)
Hi, It's great to hear from you. I've been busy also --as usual--and haven't blogged much either. We spent several days in Arkansas enjoying hiking, waterfalls, SNOW, lots of sunset --and good food... Wonderful vacation in a place we love.

Looks like you have really been busy. Your calligraphy is GREAT... I love it --but have never tried to learn how to do it... You pups all seem well and doing great....