After a week or so of pause, otherwise known as vacation we are home and getting back into  some normal (not sure if that is good or bad).   I loaded up and went to the Olympic National Park or rather to that area.  It was somewhere I'd not been before and now it is checked off the list.  The best part was of course the beach but the rainforest, Cape Flattery and most of all getting to visit with some friends was totally up there!   I will say that the drive is one long haul though and by the time we got home I was pretty toasted.   I did it in two days both directions - thank goodness.  That drive across eastern WA doesn't get any shorter that is for sure.

On the way out I stayed just south of Ellensburg for and overnighter at Yakima River RV.  It was a nice enough park and once all the trees mature it will be nice.  Really strict and rather small but okay.  I would not make it a "destination" campground especially for me and the pups but it was fine for an overnight.   There  just isn't much around eastern/central WA as far as campgrounds.    This appears to still be or was part of a working ranch/farm at some point.   It is nice that it is along the Yakima River Scenic Byway which I HIGHLY recommend.   Honestly, given a choice  I'd do that drive  again rather than taking I82 between Ellensburg  and Yakima given the choice.  Way less hilly and much prettier.

This was the barn at the RV park. How can I resist a barn with a quilt motif on it! 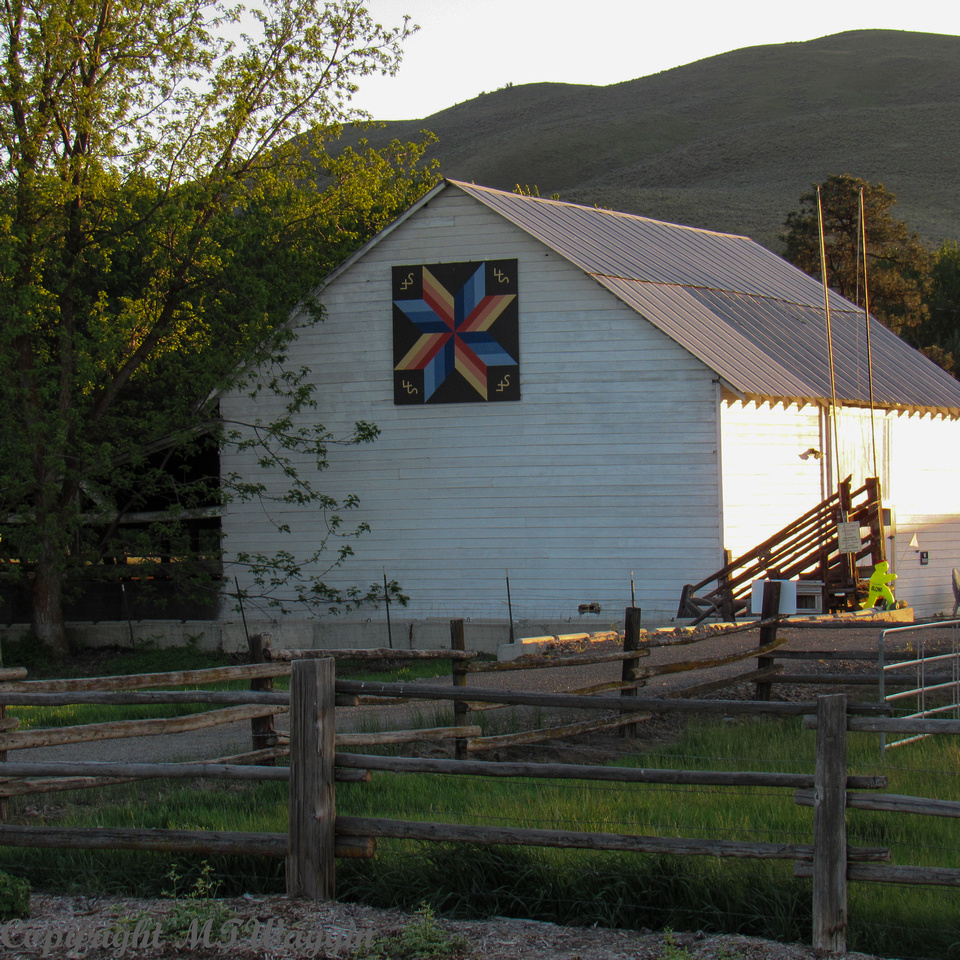 My trips are never without hiccups and this was no exception as I got ready to pull out day 2 and my battery gauge showed 0.  My heart skipped a beat or 12 and the truck started right up.  Of course it didn't stop me from worrying about the whole deal every time I turned the truck off.   I couldn't convince myself to turn around for home and decided what happens happens and I'd be out where I have lots of Seattle friends that I was sure would help if needed.  I am happy to report it was unnecessary and the truck will go in here at home to get the gauge replaced as I "think" that is the issue.  Honestly the truck electrical could use a going over anyway as can the trailer wiring if they will check it.

I drove Highway 12 from Yakima across to the coast and to our spot at Driftwood RV.  I give this little park in Copalis Beach a 10+ as the people were amazing and the place was really nice.  On the river and just a short drive from a couple of nice big beaches.   I snagged what I thought was the best spot and was right!  Nice big deep spots and they are actively adding to the park and doing improvements.   Lots of month  to month renters there and very dog friendly with the only loose dogs being ones we saw show up from over at the craptastic trailer park next door.   Will suggest in my review that they might consider fencing through  the hedges at least part way.   You know me though when I saw the two large dogs with no collars I took off for them and scrammed them home.   Cannot beat dog friendly when you see numerous dog bag and poop can posts around the park.   The landscaping was also awesome and you'll see some of that in later posts. 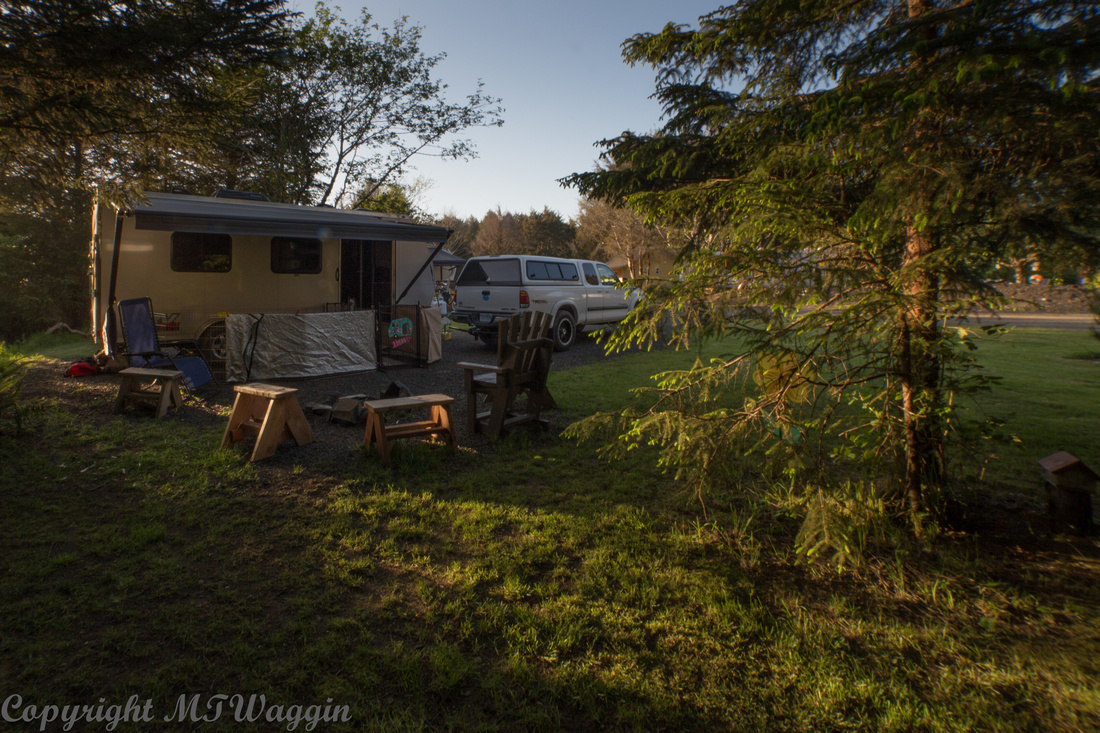 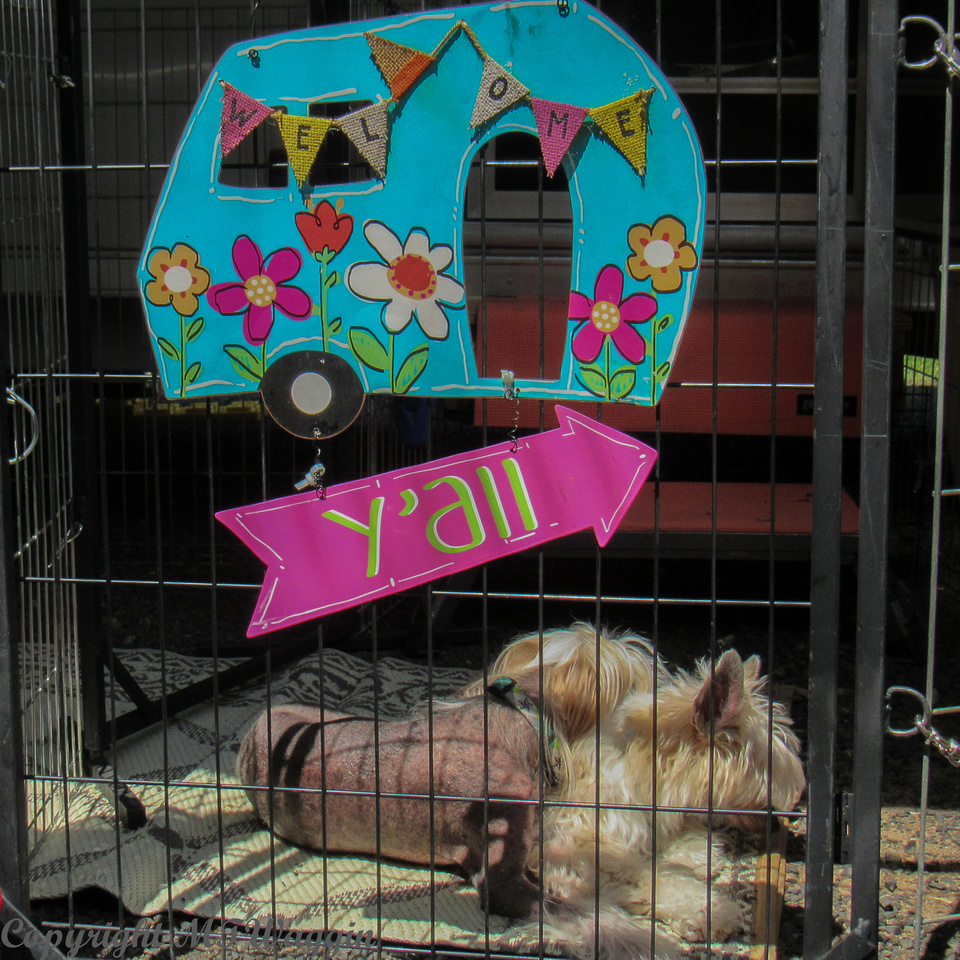 Out behind the park is the Copalis River and we could sneak through the trees right behind the camper and have great scenery and some somewhat tricky but still fun space to explore.   Epic adventured back there a few times and Sterling did a bit as well.   Oh and as you can see, the gray skies reigned except for a few rays the day we arrived.   Didn't stop us though but most of what you see here on out will be the typical Seattle gray! 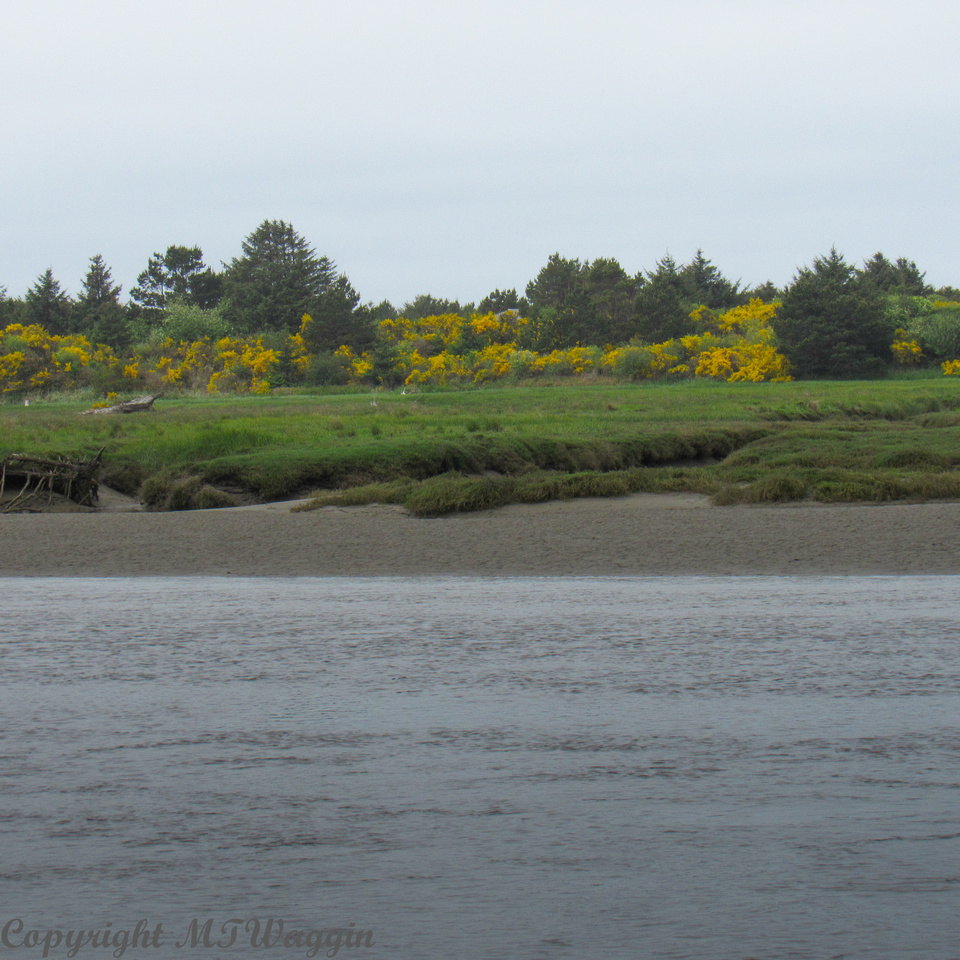 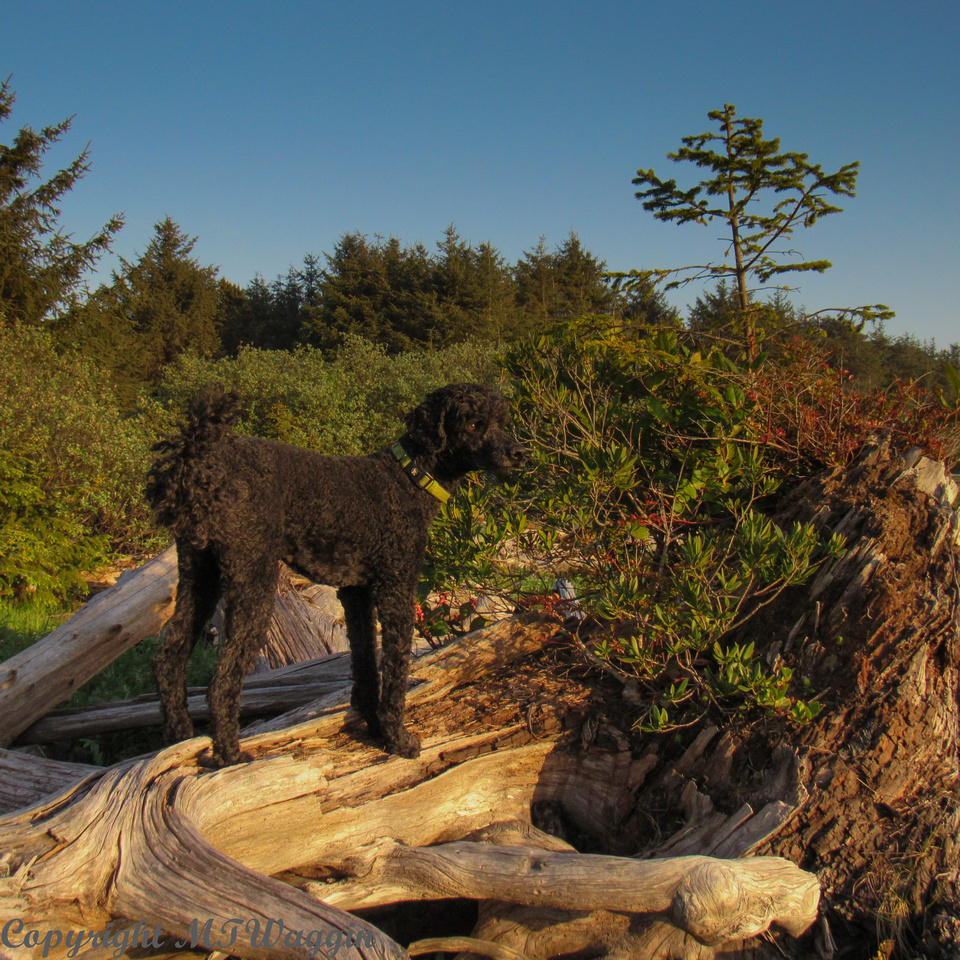 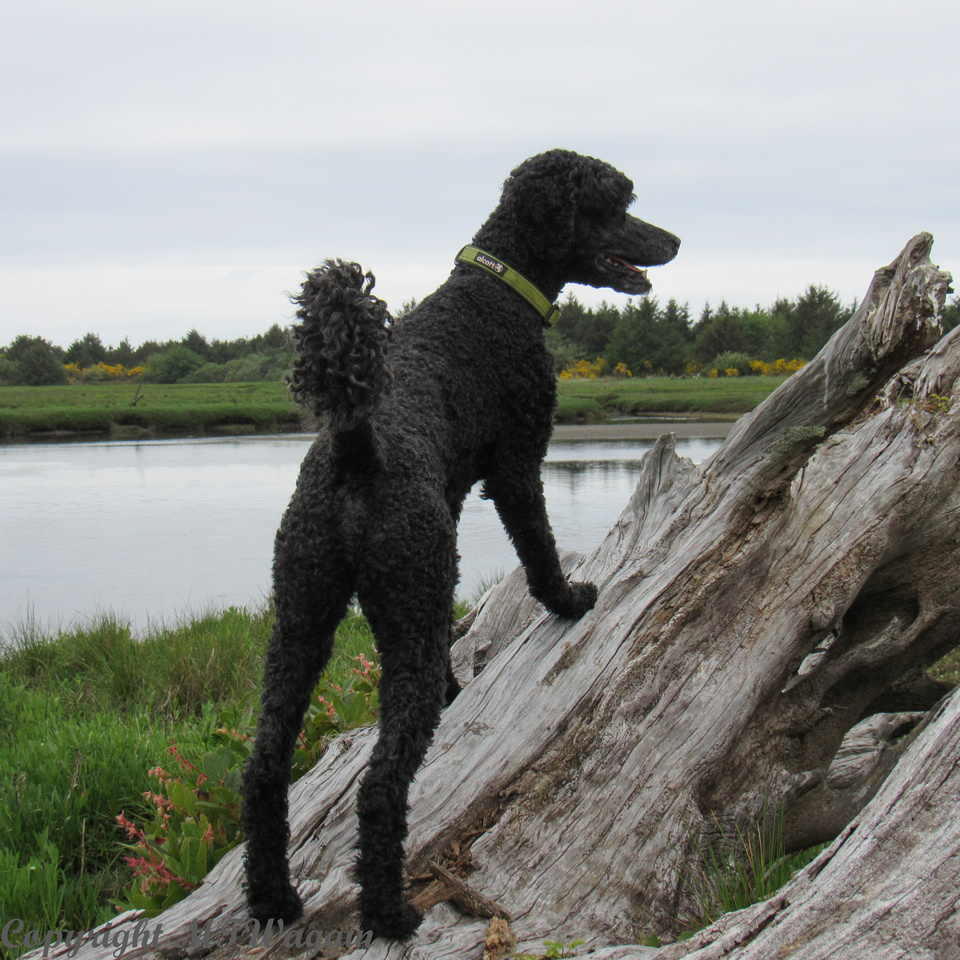 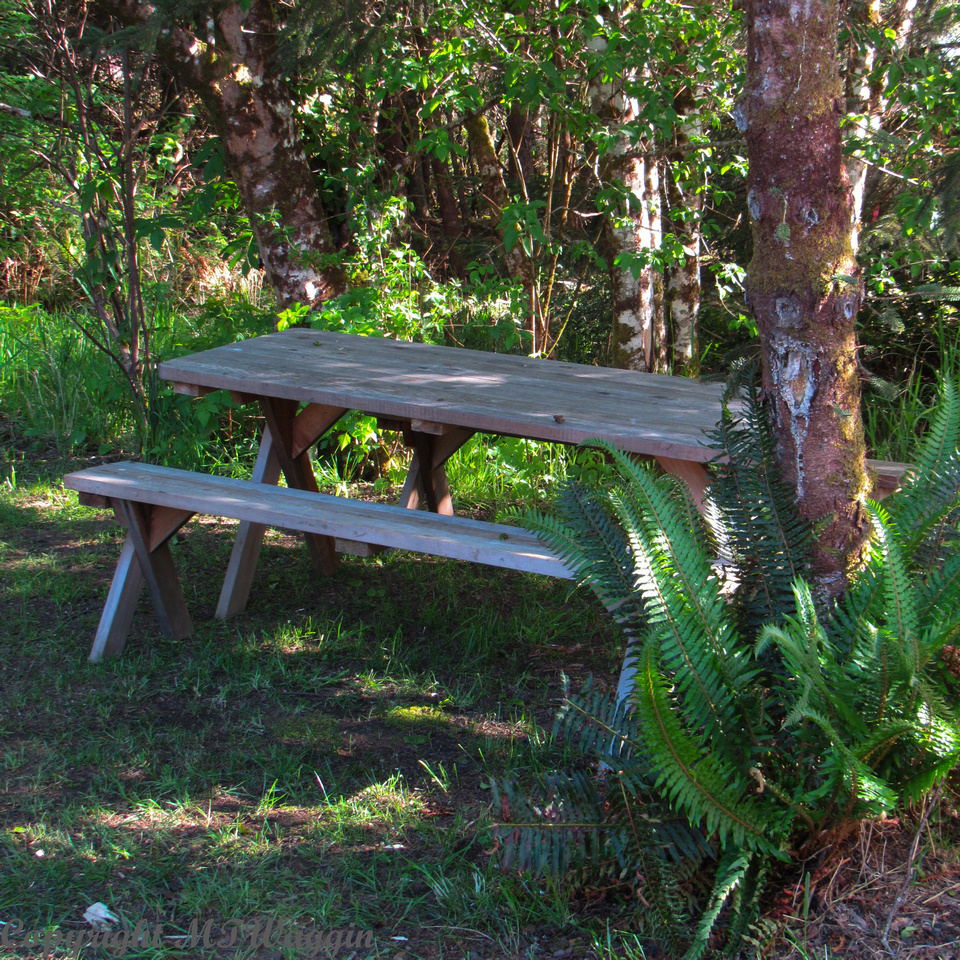 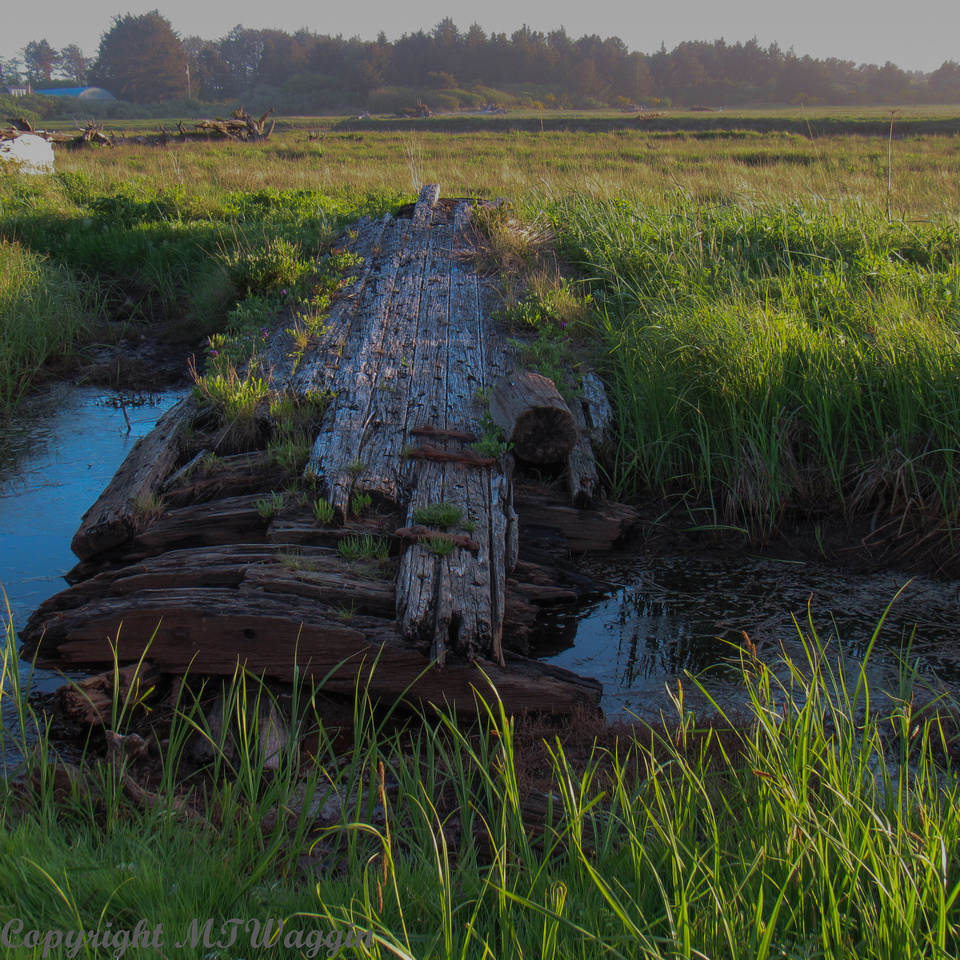