Let's See How This Goes

Hey out there?  Anyone left reading my blog?   I wouldn't blame anyone for dropping off since my posting has been SO bad!    I realized a couple things the past few weeks - one Facebook has sucked me in so I'm now going to ditch that indefinitely.    I found that not only was I starting to be a button clicker (I try not to as I feel if you want to say something, say it in a comment not just barely acknowledge  it with a click) as were almost all of my friends.  That said, FB was easy, especially as I have been taking most of my photos on my phone.  So there was problem number 2, my phone photos were problematic at best, to get into my Zenfolio albums to put in a blog post and when there, often had rotten quality.  Well I found Zen now has an app which I downloaded to my phone today and am using to upload directly from my phone (before it was upload to Icloud, then download to computer, then upload to Zenfolio - see why I didn't bother?).    I'm not sure what the quality will look like for you out there in blog land but we'll see how it goes.   I also missed writing about "stuff".   I enjoy writing and FB is all just snips of this and that.   FB other blast was the new way it was screwing up my posts and not showing all my friends posts in my news feed was kind of the final straw.   So here I is!

We'll give this a go with some photos from a walk I took with two of the boys yesterday.   This past year and the new job which hasn't exactly been as fabulous as I had hoped, in fact it has kinda sucked the life out of me.....I've dropped a lot of the things that outside of work make me happy.  I'm working hard to remedy that now. 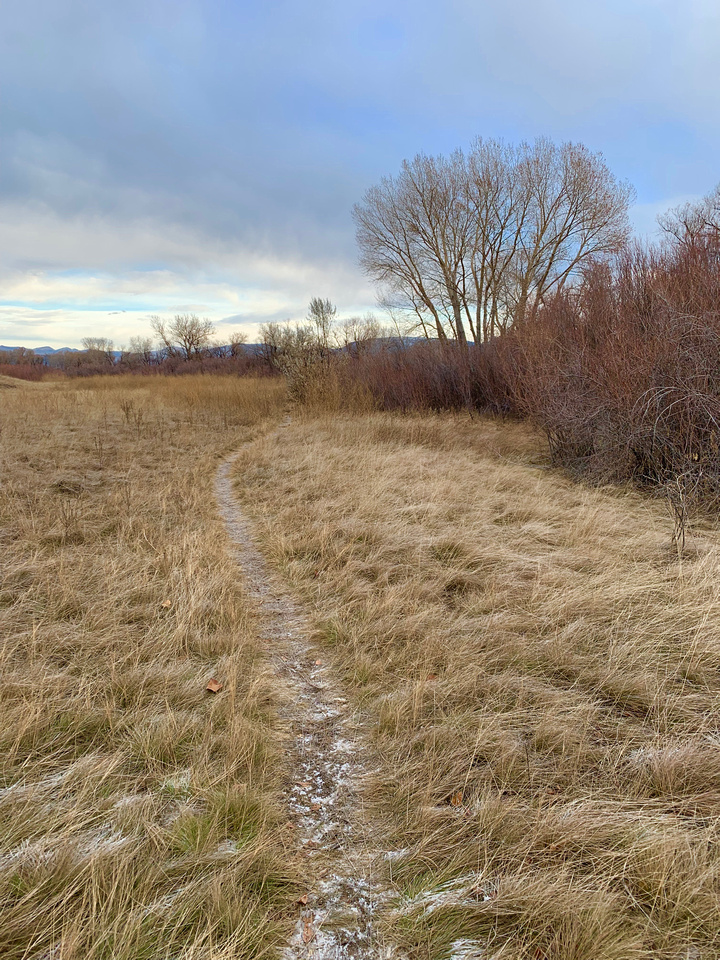 It was a cold and cloudy start to our short walk.  I was suffering badly with a migraine but really wanted to get out and DO something.  Pulled in and we were the only car in the lot - one guy walked by with 3 of his hunting dogs but that was it.  So out we headed for what I knew would be a fairly short walk but I knew Epic for one would be super happy! 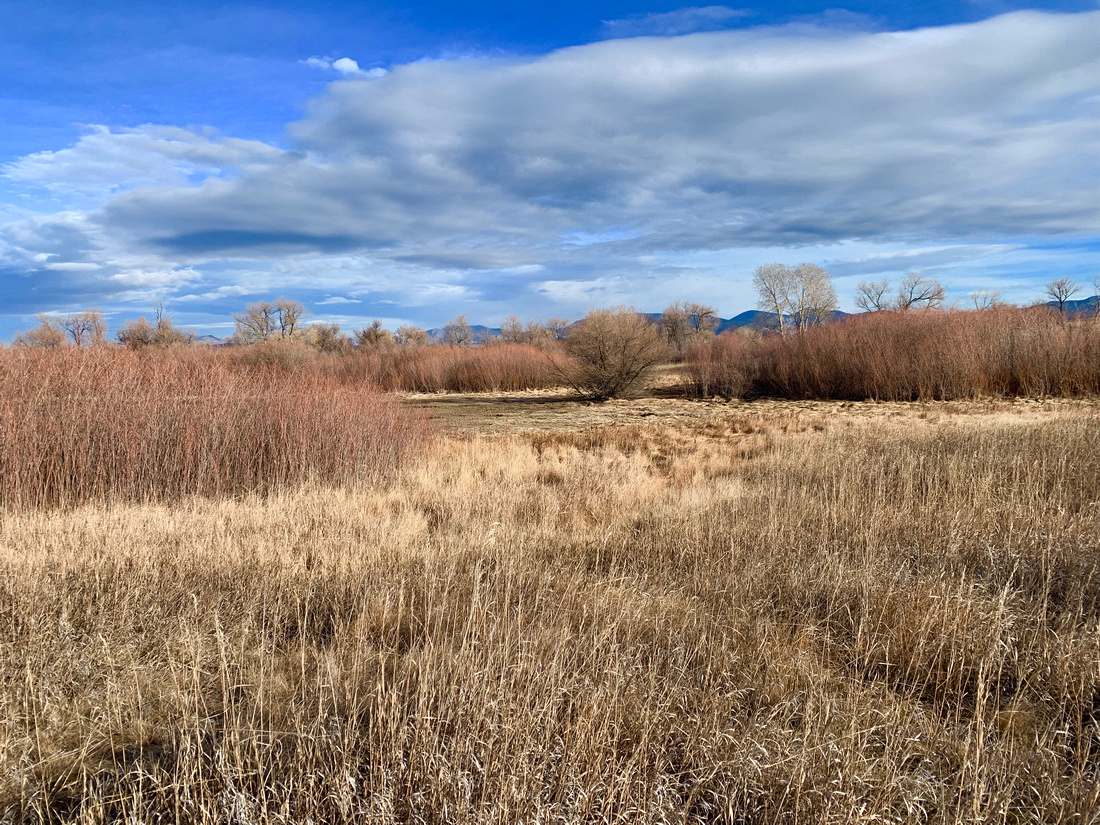 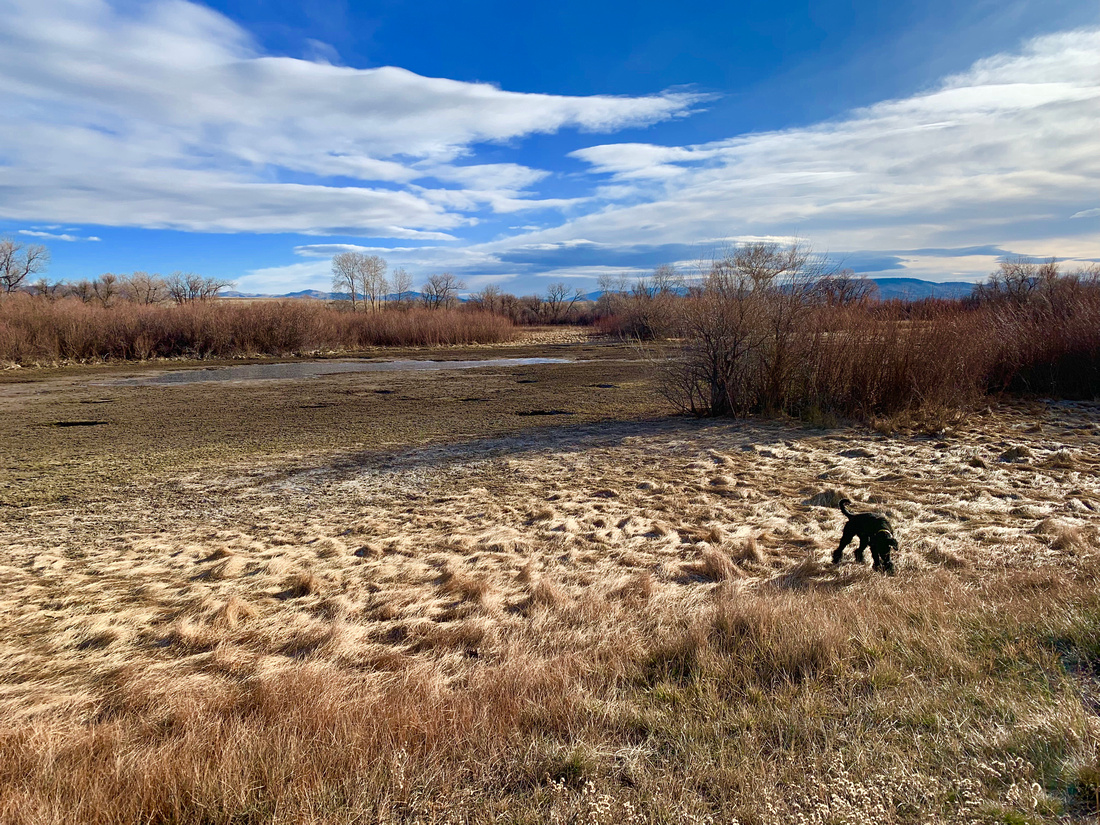 He WAS super happy, and recognized the place immediately.   Oh poodle joy! Oliver has never been out here much less out to walk off leash.  Had to bundle him up in his fancy snowsuit, it was that cold and I think his feet did amazing considering.  He did have nose to ground the entire walk and really isn't an "off road" guy, I think in part that he has nothing to save his face/eyes from pokey weeds.  Therefore the trail made more sense. 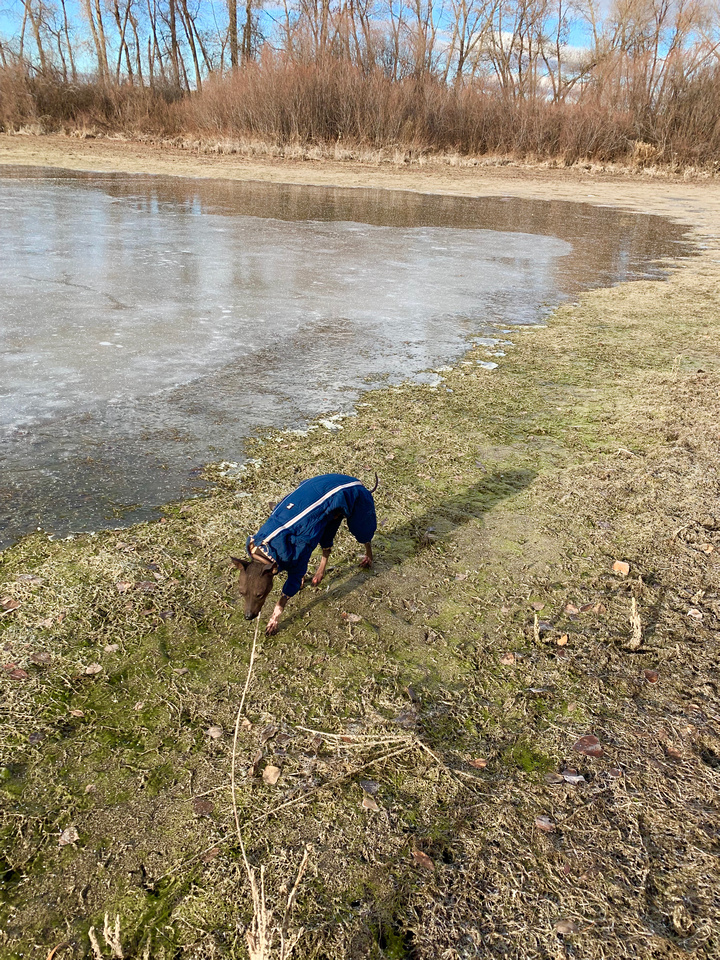 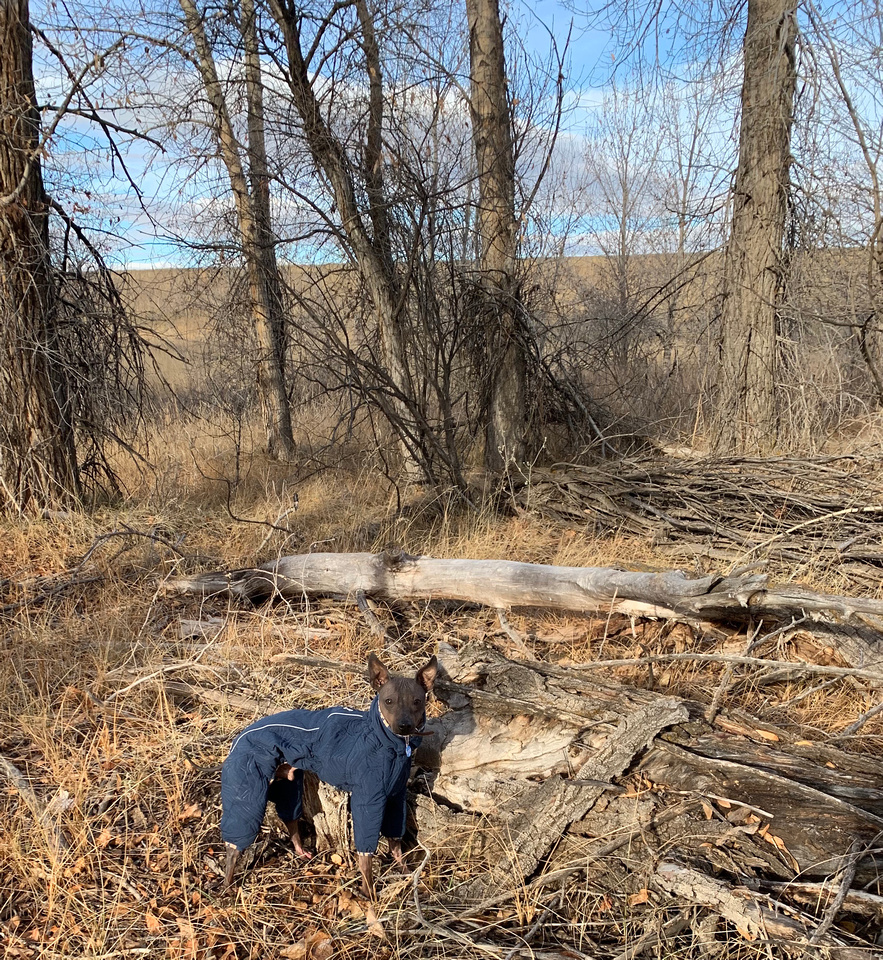 Even brown stuff can be rather pretty. 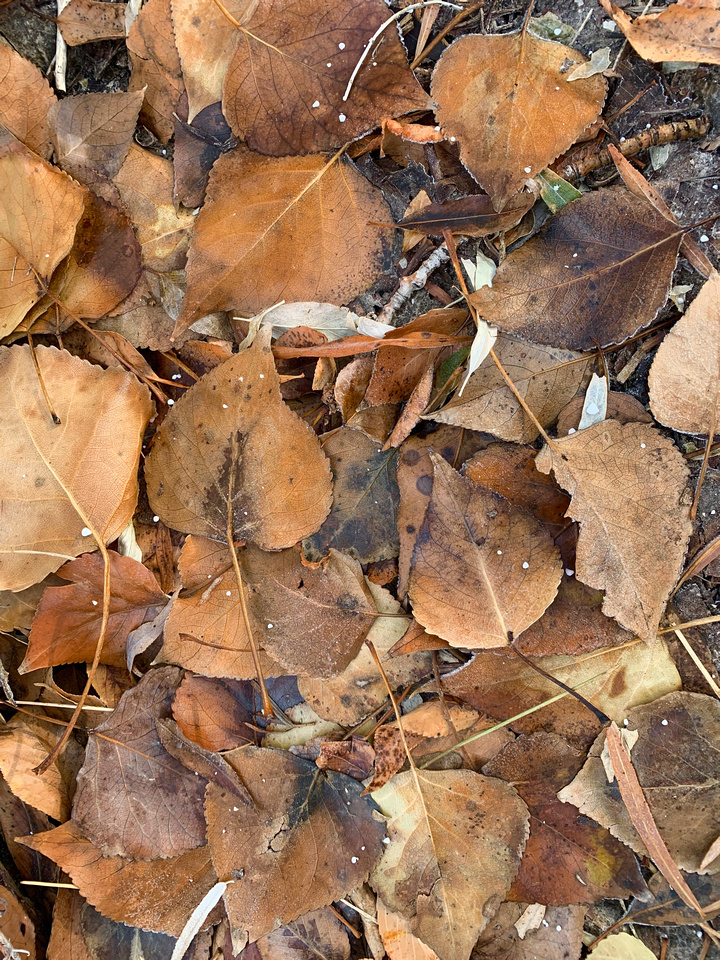 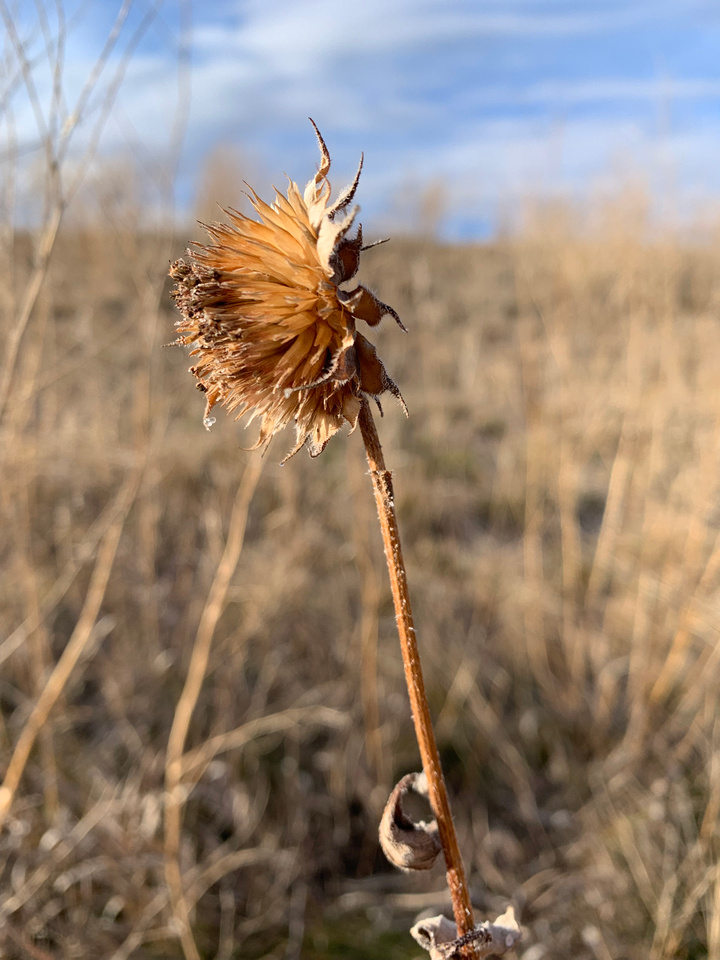 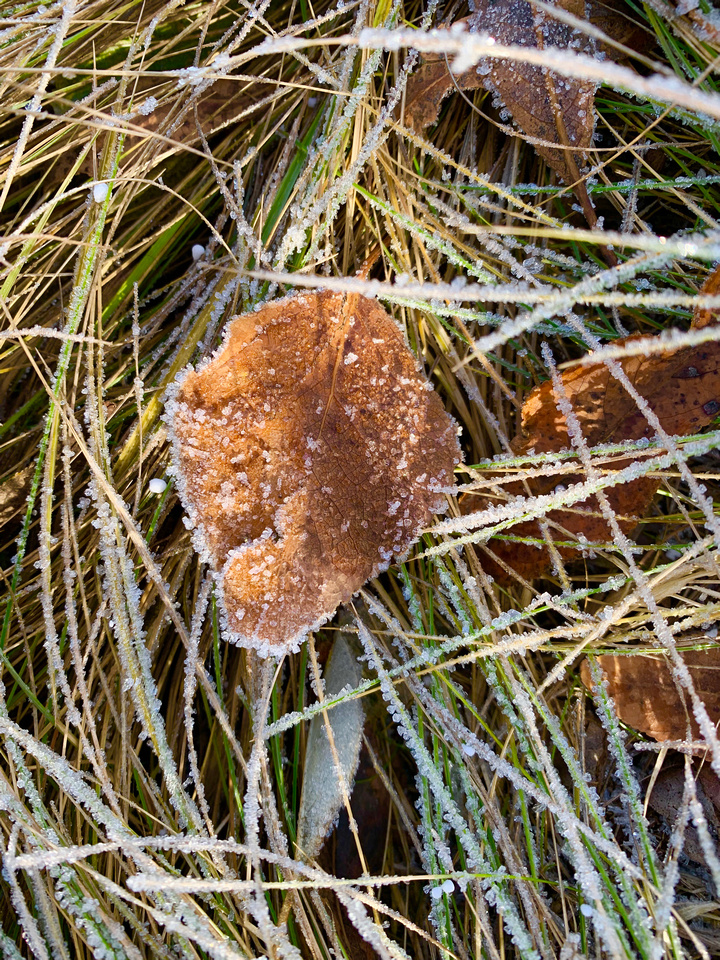 I actually got the two of them to stand still for just a few very quick shots.  This was the keeper!  Yup, Oliver has the head tilt down pat (my friend calls it his cryptonite) and Epic felt put upon to have to sit with him (now Epic knows how Sterling always feels about him)! 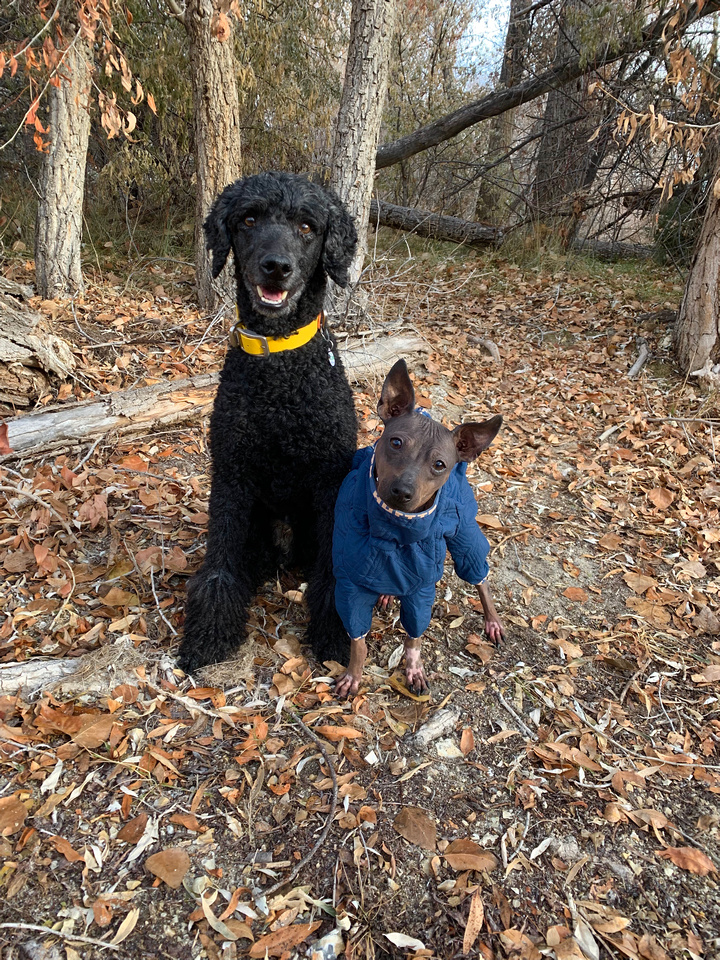 A lovely walk even with major head pain.  I got us home, Oliver undressed and I got meds, shower and crawled into bed with my very painful head for 4 hours.

For those wondering the entire pack is doing really well and I'll post an impromptu photo shoot pictures next time with updates on everyone.

Let me know how the photos look to all of you.  I'm pleasantly surprised on this end and know everyone's computers are different.