I thought it might be nice to do a little blogging on some of the genealogy adventures I've been on over the years and am still doing as I feel the urge.  Mind you I did my first family tree back BEFORE the internet when I had to write letters and visit with family to get information.  Not sure anyone else might relate to that - it was back in high school and honestly it kind of was a start to my analytical bug and fit well with my interest in history which has always been a "thing" for me.   I was very blessed on my Mom's side that one of her aunts had already done a bunch of research on my Mom's paternal line - no small feat back then and she shared a great deal of it, which I have since added into Ancestry.   It helped me a lot!

My Mom also shared a bunch of my Dad's family photos and information a few years back which not only was super fun to see (I love love love old photos) but helped in much of my research.  That line of my ancestors back in my high school days didn't go far especially on my Dad's paternal.   But more on that later.

So has anyone else done the DNA testing?   I did thinking it might connect me to someone that might help me over the hump with my paternal great great grandfather's birth and childhood information.   It hasn't at least so far.

What it did do for me was confirm what I already had found based on my data searching. 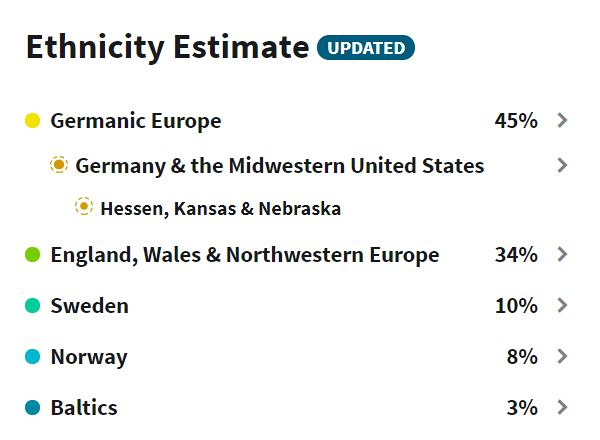 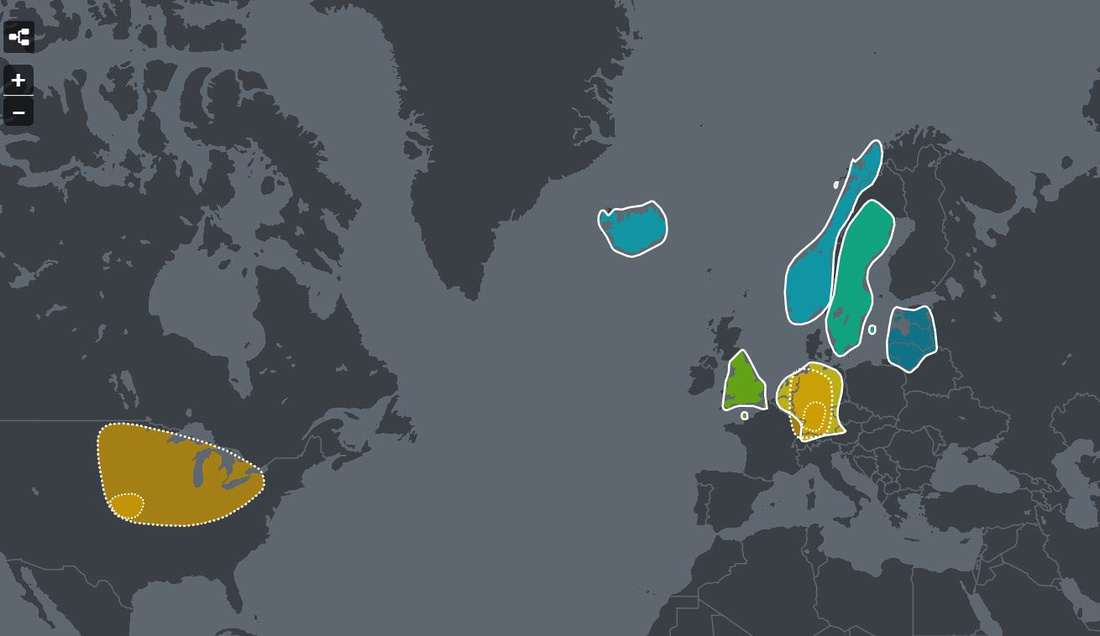 The "Sweden" threw me until I zoomed in on the map and found it included Denmark, which I knew already.  When I did come across the Danish information I was a bit surprised but it all lined out.   The German of course I knew.

Now the thing about me and Ancestry is that I don't go out and just assume every hint is valid, and by looking at what others do it appears I am among the few that actually want cold hard facts.  It's the analyst in me!    I love the marketing - oh a leaf popped up and we aren't German we're Irish....NOT!   So if someone has something in a tree that might relate to mine, I have to see that it is validated and makes sense.  Kind of why I'm stuck going backwards.   I also in general don't have every single twig on my tree documented.   My focus has been going backwards and when I can putting in siblings of some of those direct ancestors.   Realize I have 3 grandparents that had anywhere from 7-12 siblings so I'm not going through putting in all THEIR kids.

Anyway that is what my DNA shows.   Interesting that the US part doesn't go as far West as I thought since all my grandparents were raised and raised their kids in Nebraska and the Dakotas.     The lineage stuff in Ancestry based on DNA, while interesting really has only shown me a bunch of cousins of one type or the other, most of which don't have any trees built or have stuff out there they've just saved from others.

I think what I'll do here on out is just kind of pick some folks and stories to share in no certain order then if anyone out there happens to be related they can then comment and tell me I'm nuts or share stories as well.

Far Side(non-registered)
My daughter did one found out she was park Greek so gave her Dad 23 and me and he is not the Greek one so it must be me with the Greek God or Goddesss in my background! We had an interesting weekend on Ancestry as someone was looking for their father and my husband was related...we figured out who it was and contacted him...he has a daughter he never knew about...how awesome is that!
No comments posted.
Loading...
Subscribe
RSS
Recent Posts
July 19-31, 2022 Week of July 10, 2022 Week of July 3, 2022 Week of June 26, 2022 Week of June 19, 2022 Struggling with Titles Dogs and Friends and Parrot and Projects - Oh My On To Summer (Projects Galore) Crazy End to May Project - Iago (first steps)
Archive
January February March April May June July August September October November December
© MTWaggin Photos & Blog
Powered by ZENFOLIO User Agreement
Cancel
Continue