Those of you that live "north" understand the long list of  "getting  ready for winter" chores.   Mine have been rolling along with the packing up of the patio furniture (still to be tarped) and gradually the moving of items on the front deck (swing, dog beds, rugs) but with the exception of the grill which I'm not ready or willing to give up at this point (and it may just stay out the winter we will see).   I've  moved the liquids and lithium batteries from the garage to the spare bedroom as well.   I still have to get the stuff out of the trailer that will freeze but it will get done this week as well, there was a sneaky little snowflake on the weather report!  But look in the photo, there is snowing in the mountains already! 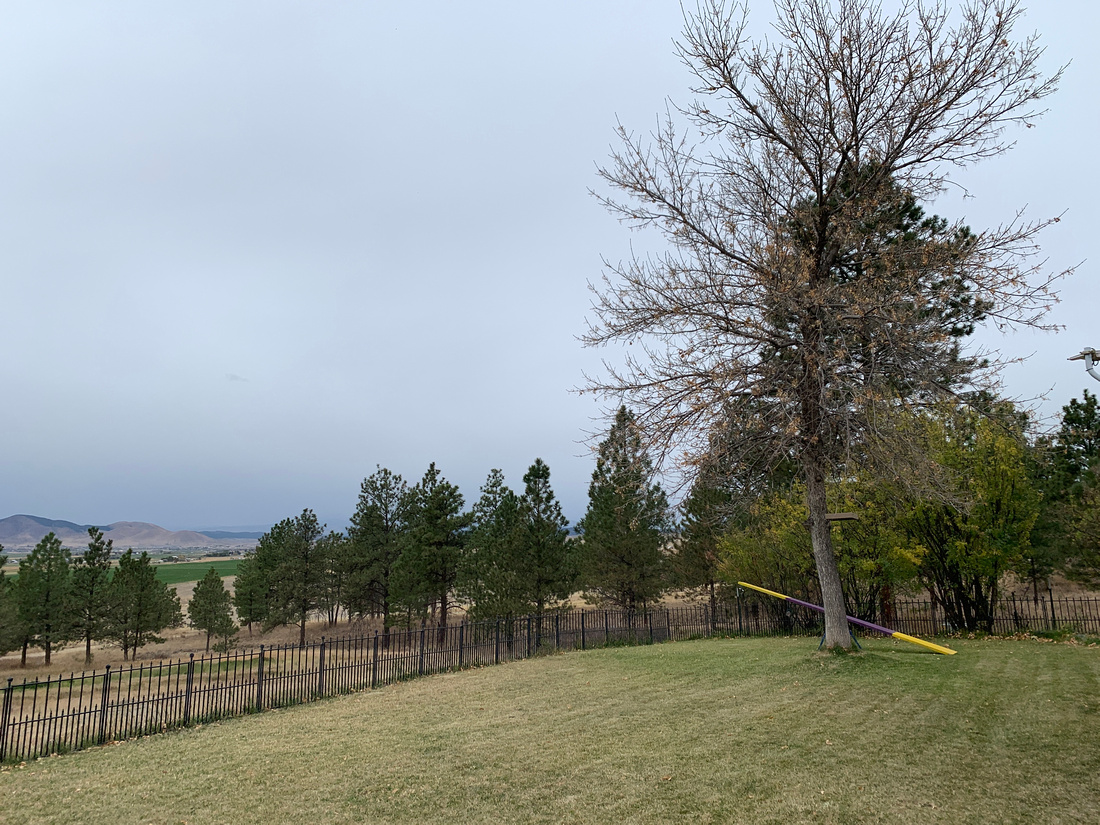 The tree has lost its leaves but the crazy caragana are hanging on for dear life.   Yup still have some agility stuff to also put up and get under cover.   I filled the feeder in the front tree this week and have had a bunch of migrating blue jays (we don't have them here normally) feasting on it as well as the chickadees.  I think the families of nuthatches, flickers and woodpeckers are still gathering natural seeds and nuts for their winter stores.

But we did have some fabulous sunsets a week ago -- before the 3 days of "wind events"! 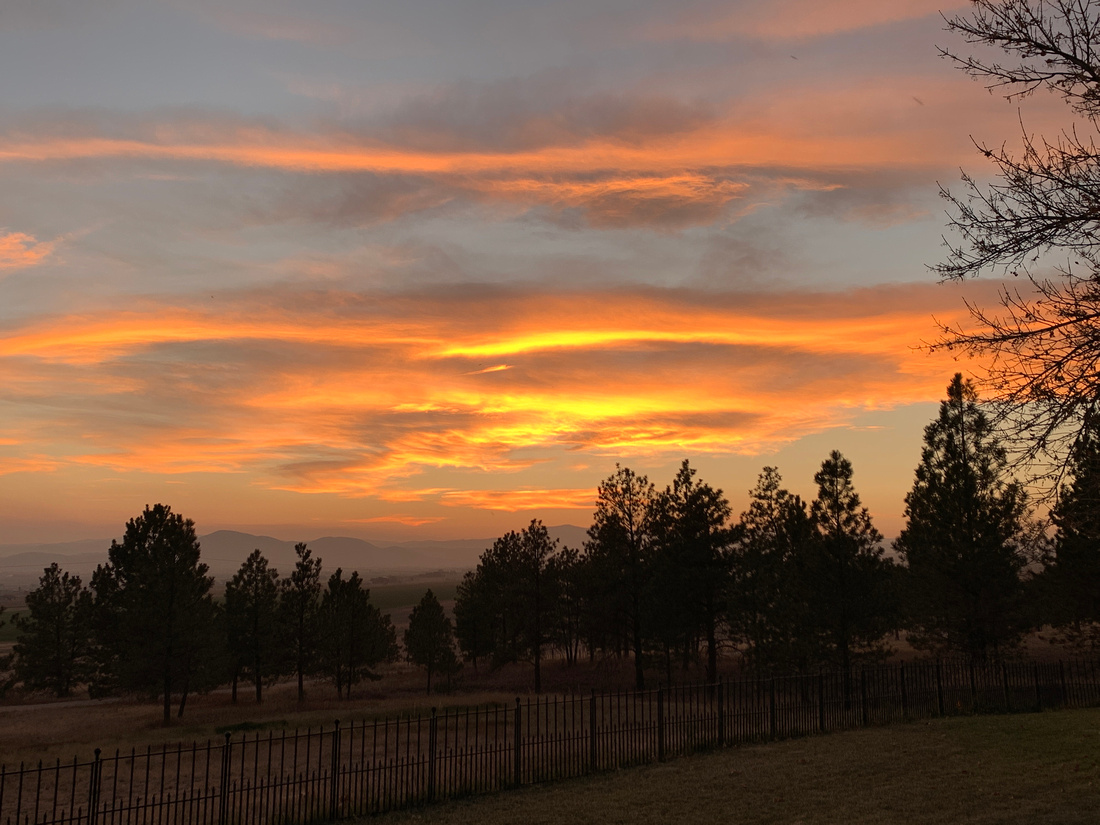 The other ongoing fall chore actually started almost a month ago with the start of the traplines for the mice that have decided it is getting too cold outside.   Bait and switch has happened because I did find  that some of the little suckers were able to lick the peanut  butter off the  trap without setting  it off.   I guess I gotta up my game but I am so glad I've figured out the box trick and don't have to see any "remains".   Cut small hole inbox, hinge the lid with tape, set the trap in box in the back and close lid with weight on top (so nosey dogs don't get in them).   Lift box, shake and if the trap snaps, no mouse, else to the trash can we go to dump it all out.   That said, I  do need to get more traps....Ace Hardware here I come!   (you can see the corner of one of my trap-line below). 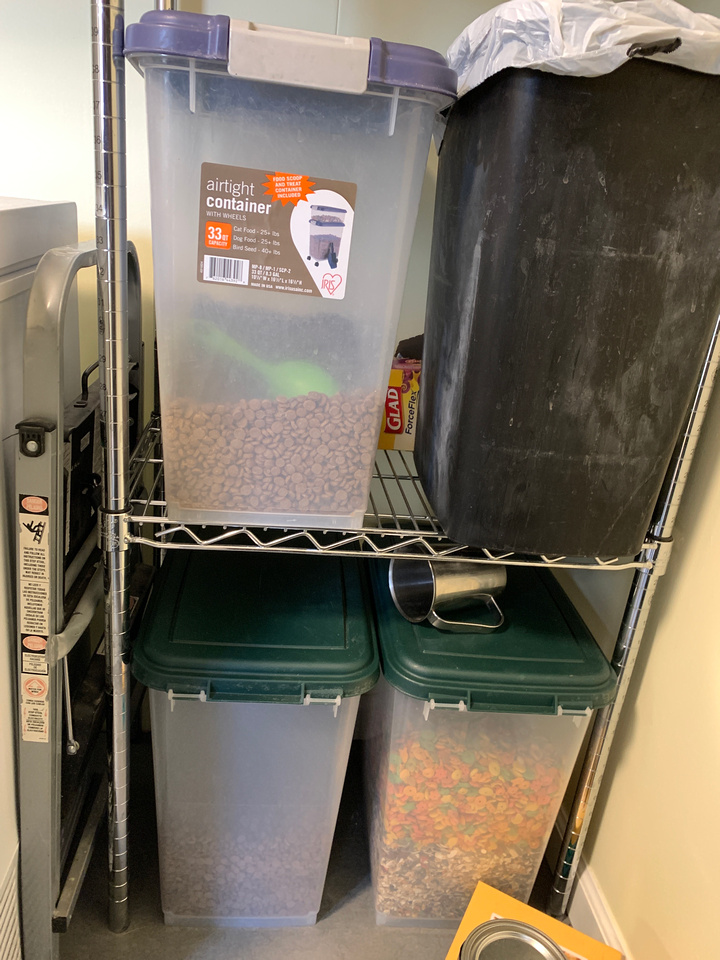 Never to be outdone the "quiet one" of the dogs decided that those food bins were really well, tempting and when I heard this kind of knocking out  in the utility room (thinking  it was the mousies) I discovered it was Louie out there  flipping the latches on the dog food and bird food bins that are on the floor.   So, Mom had to get clever and turn those puppies around (note the one above is  the  right direction).   Little stinker!

Yeah, don't think these are innocent either, I've just not caught them coming up with crazy ideas yet! 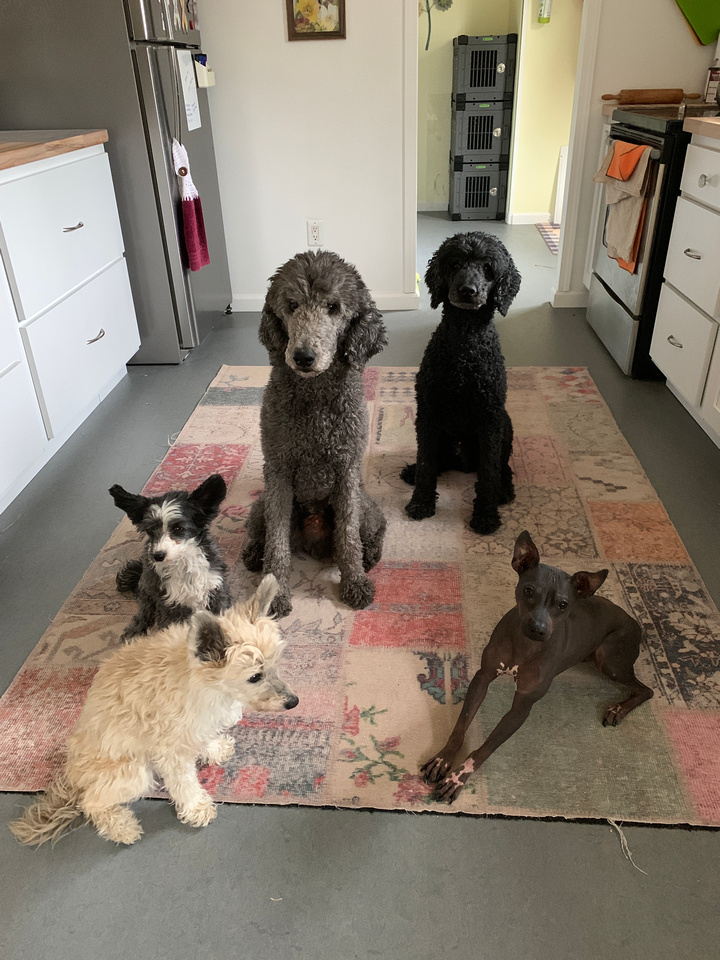 They are already bored but until Mom is done with the outside  preps (and in a few weeks splitting firewood) they need to get over it.

Did I mention my marvelous brother helped me clean out the gutters a few  weeks  ago?  He did but  I'm thinking the 3 day "wind event" probably just filled them up again.   I love my pine tree  but  honestly  I am kind of considering having it taken down now that the ones over on the other side of the fence are big enough to shade the house.   It doesn't help the hawk netting either! 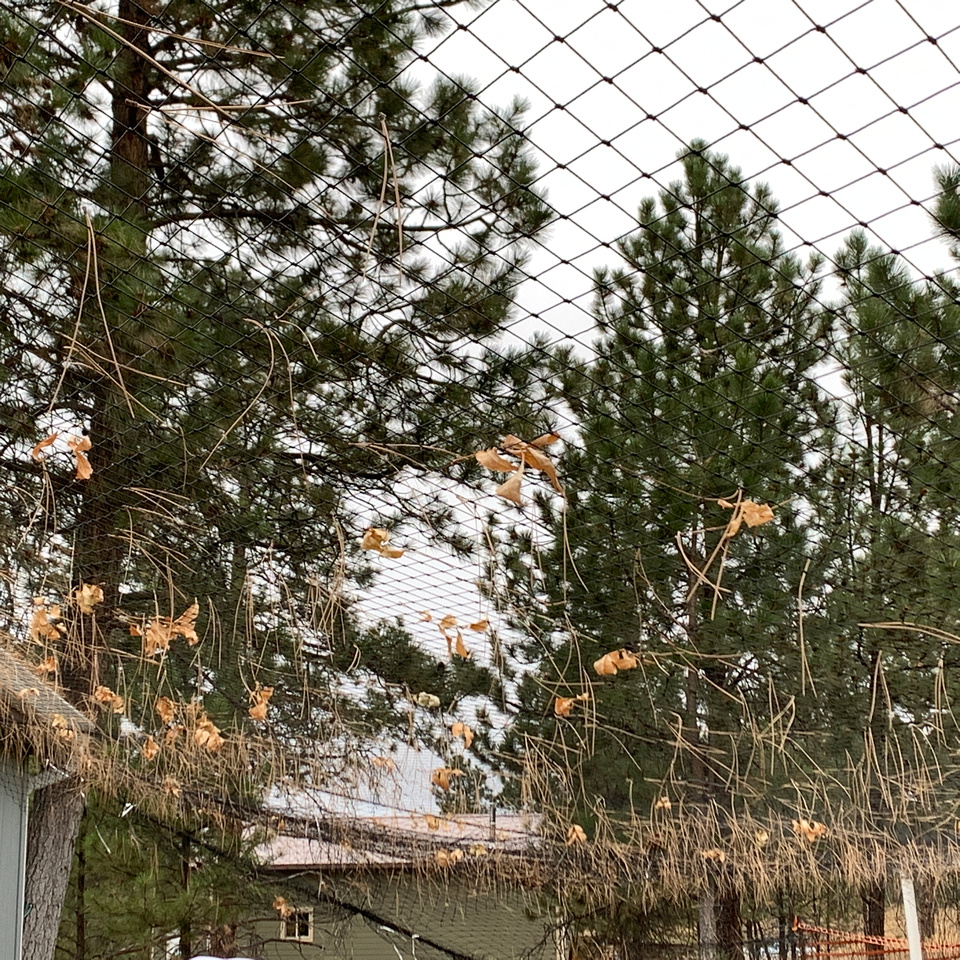 One more thing on a long list of "to dos" don't ya know.   Honestly though it will require having someone come do it professionally as it is that big and it is really too close to the house as far as fire goes as well.

So how are all your "Fall into Winter" chores going?