And Then It Was Winter!

No I still haven't used the shovel though, but let's back up a tad since I'm a couple weeks behind.

The first week of March was GLORIOUS weather wise.  We had sunshine and even the days it was only in the 50s we managed some time out on the deck in the afternoon soaking up the rays.   Things were going well with our walks even and the first Friday of the month we broke a record high hitting 70 degrees.   I took that day off and really enjoyed it. 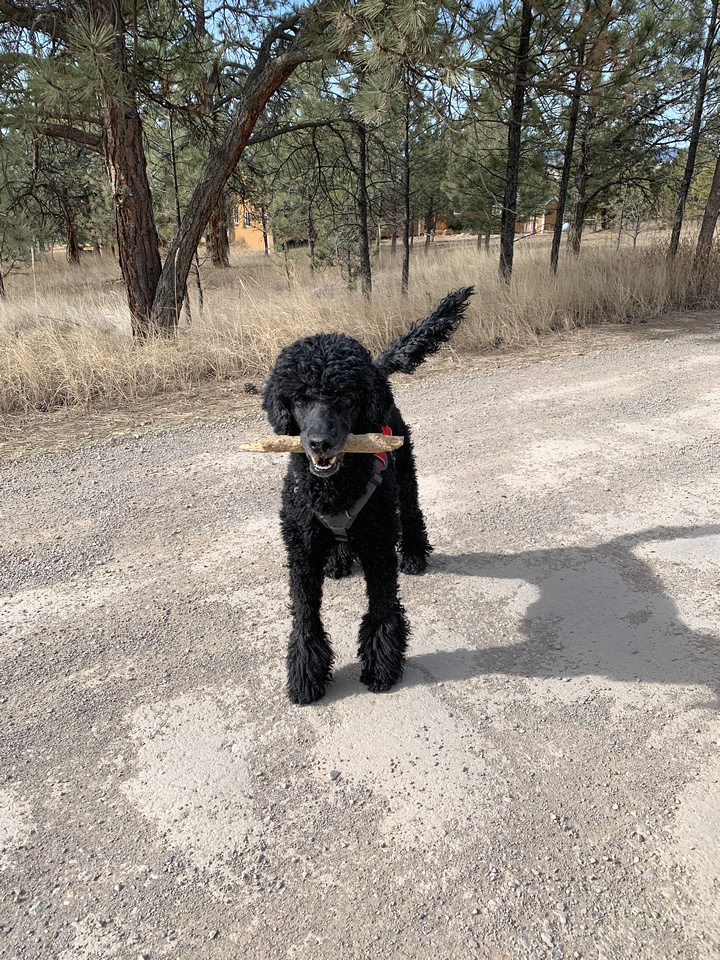 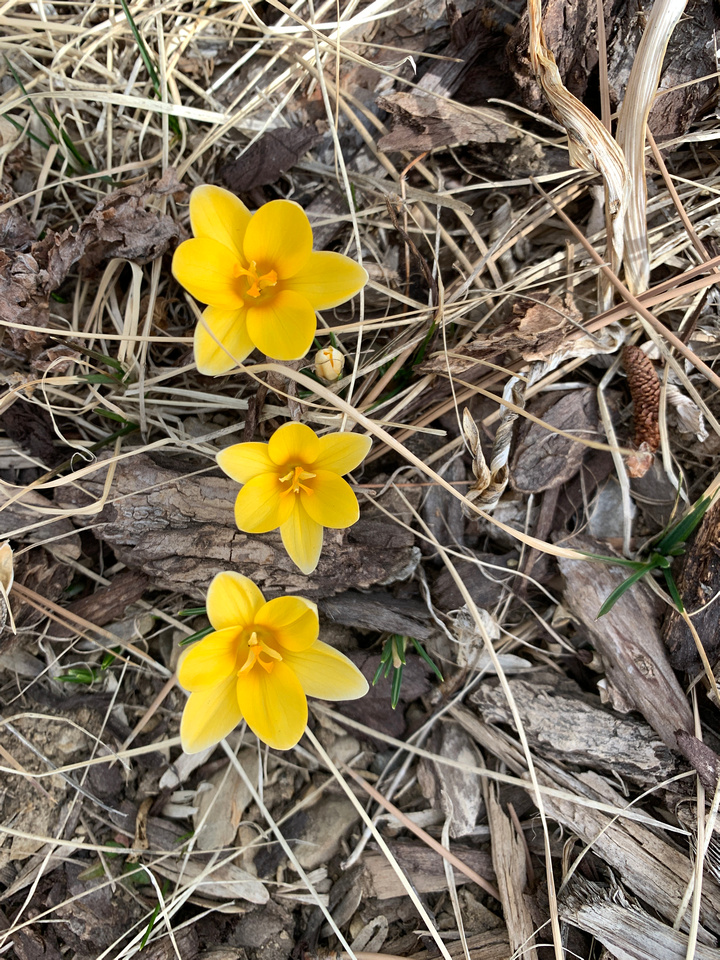 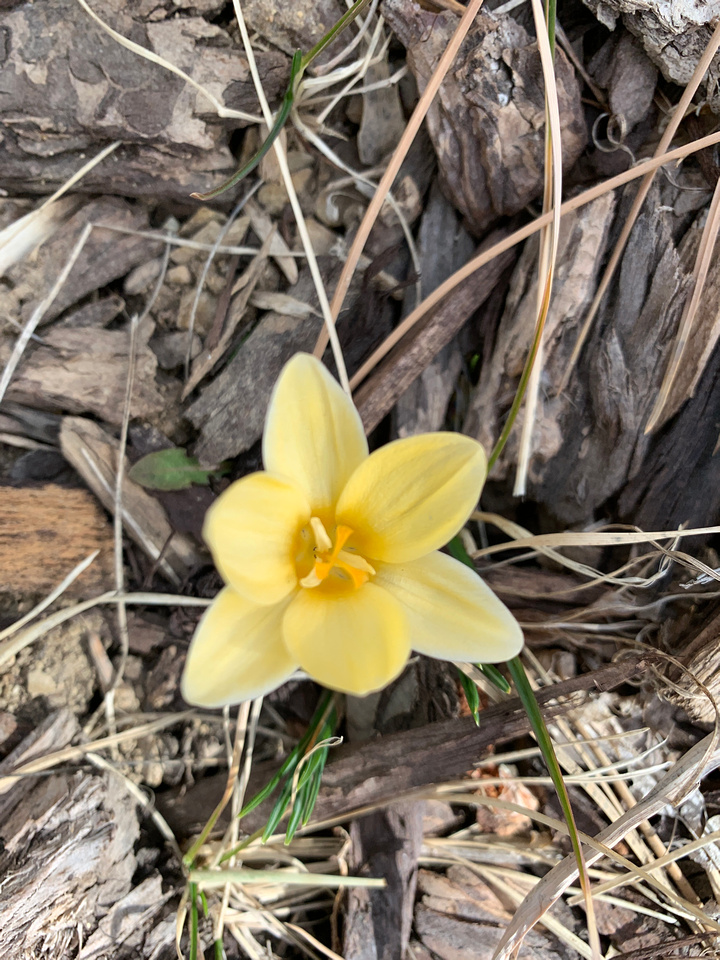 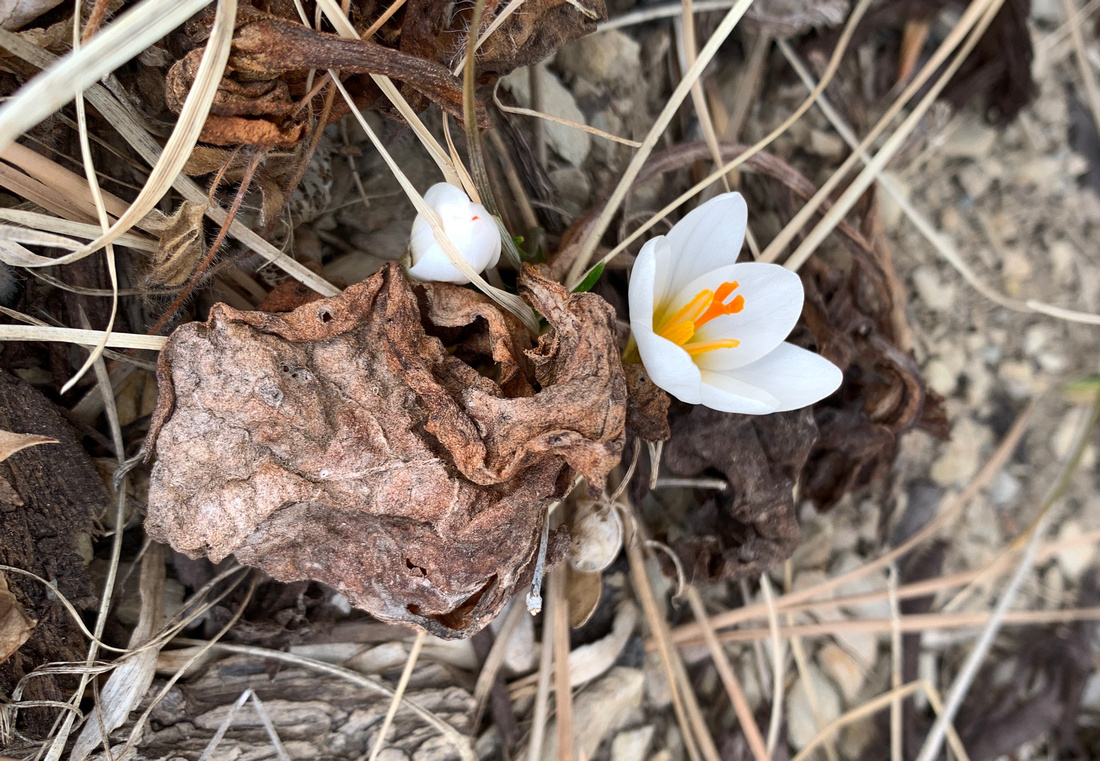 Little did they know....

On Monday this week I took the truck in and it received its new truck topper and I am happy to report that, although it was touch and go, it still fits in the garage (with < 1" to spare).   Thanks to my friend Robin for coming to help me eyeball it and get the poodle crates back to their rightful home.  I was glad to get it done with the predictions for the weather later in the week.

Otherwise the week was busy with work and trying to not get all caught up in the media frenzy about viruses  and how we are all going to die!   Seriously, at this point people - use common sense - this is serious but is there REALLY nothing else happening of interest in the world for the past 2 weeks - cuz if there is we sure aren't hearing about it.   Nuff said - stay safe people AND HEALTHY.

I am happy to report that for the first time in a couple years I manged to walk the entire 3 mile loop here on Thursday.  Honestly my back and shoulders have been in such bad shape and frankly the wind has been nasty - so we had a small bit of calm and off I went with Epic and Josie, the day after we had a skiff of snow - which resulted in this--check out the muddy feet. 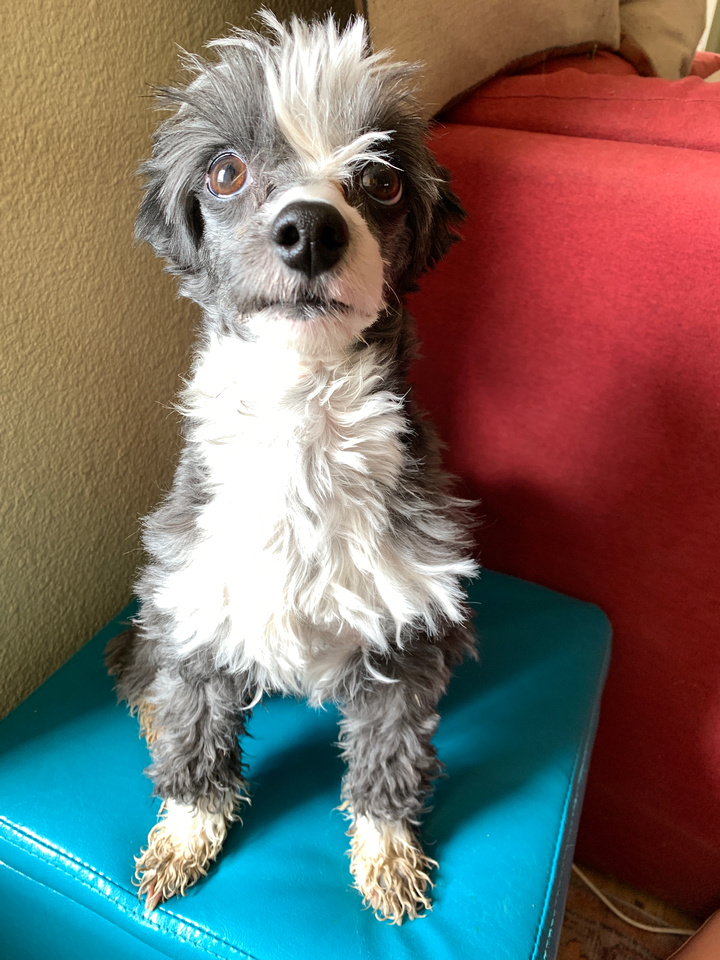 But she had a blast and what a trooper.  I wasn't sure she'd make it with her short legs for that far but she  did!

Good thing too because Friday temps dropped and the winds HOWLED (like all night it raged with 60mph gusts) and snowed (cannot imagine the drifts they have where it really snowed).  We woke up Saturday to this. 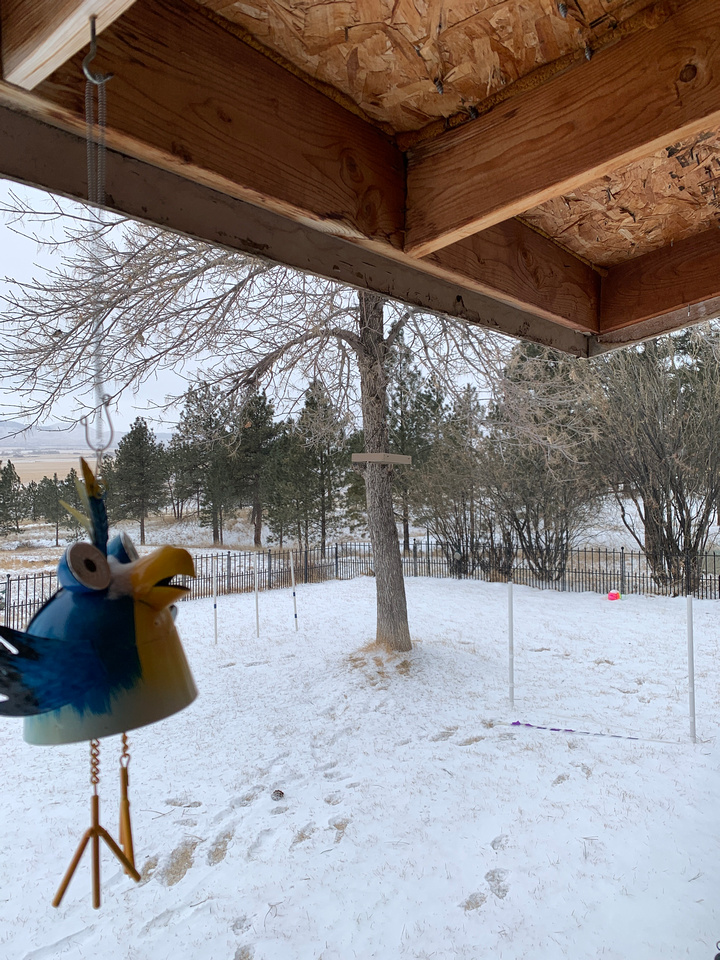 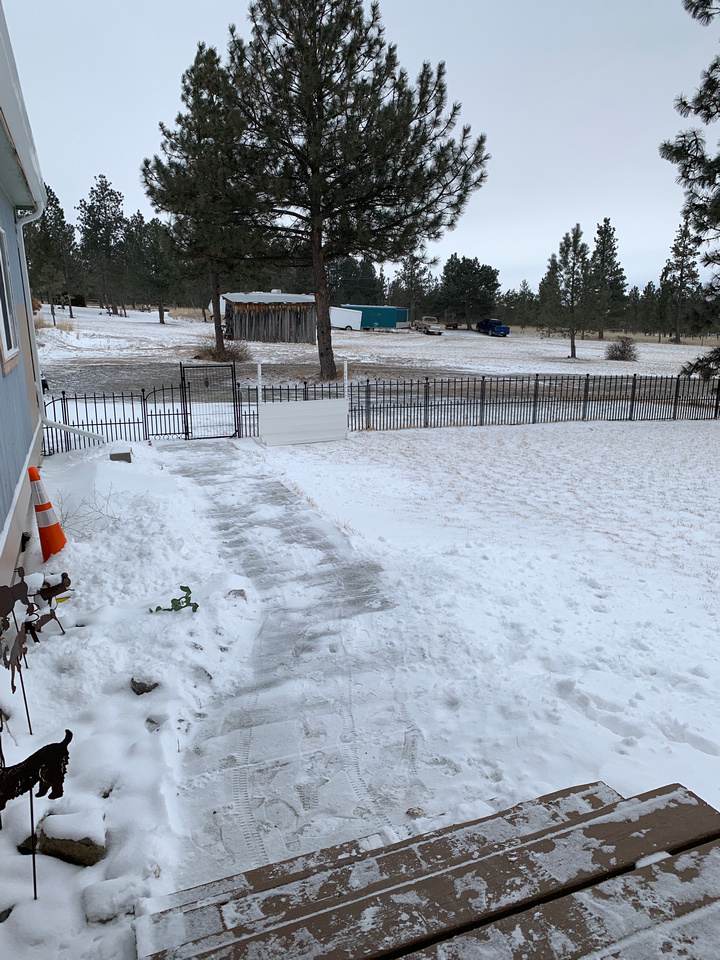 I swept the walk as I wasn't ready to brave the cold wind to go get the shovel out back and I needed to go get more wood for this: 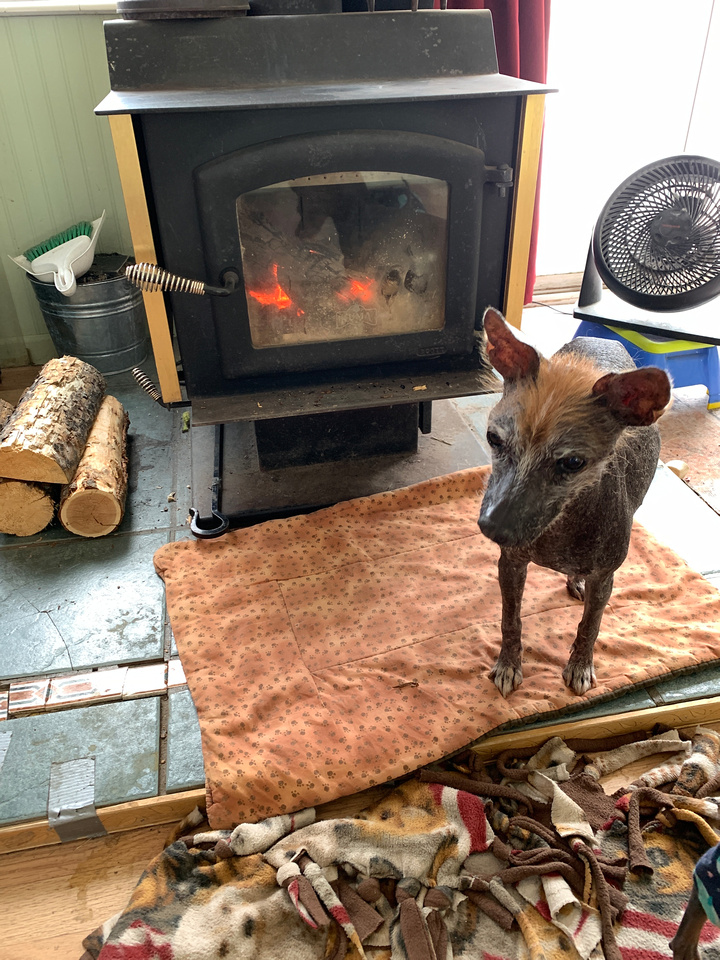 Yup I'd put the cart away thinking we were on the warm side of winter.   Nope!  Single digits Saturday and below zero expected during the night.  Wind chill is well below zero! 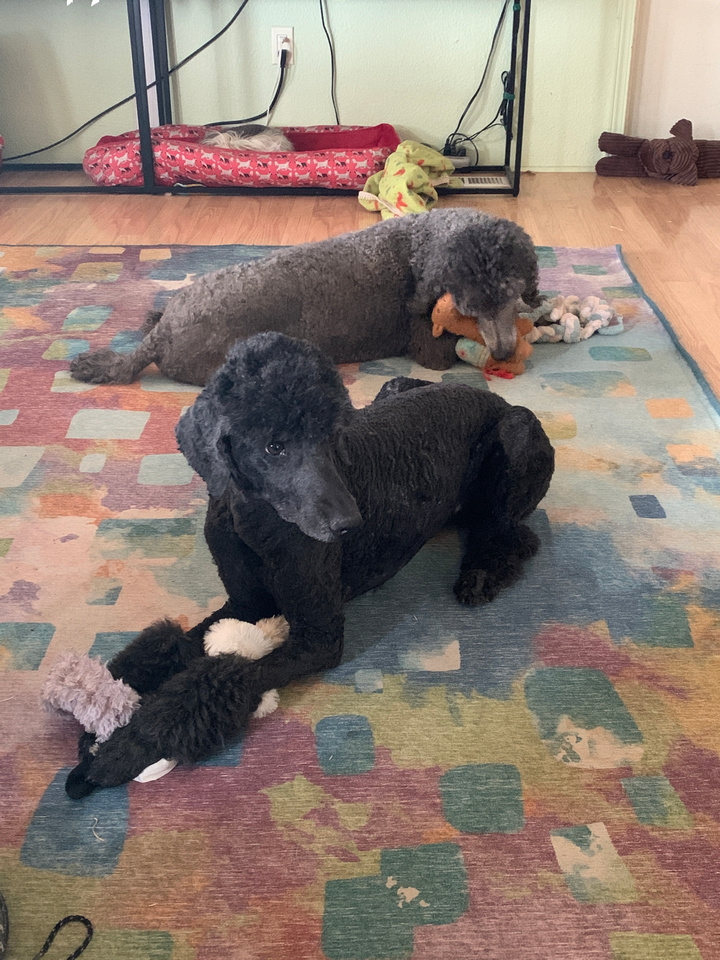 So we are hunkered in from the virus but mostly because of the craptastic weather!   I'd much rather remember these days where  the storms sat over in the mountains (as they often do then go  around  us).   These are actually from February.  Yes I should check my big camera cards more often! 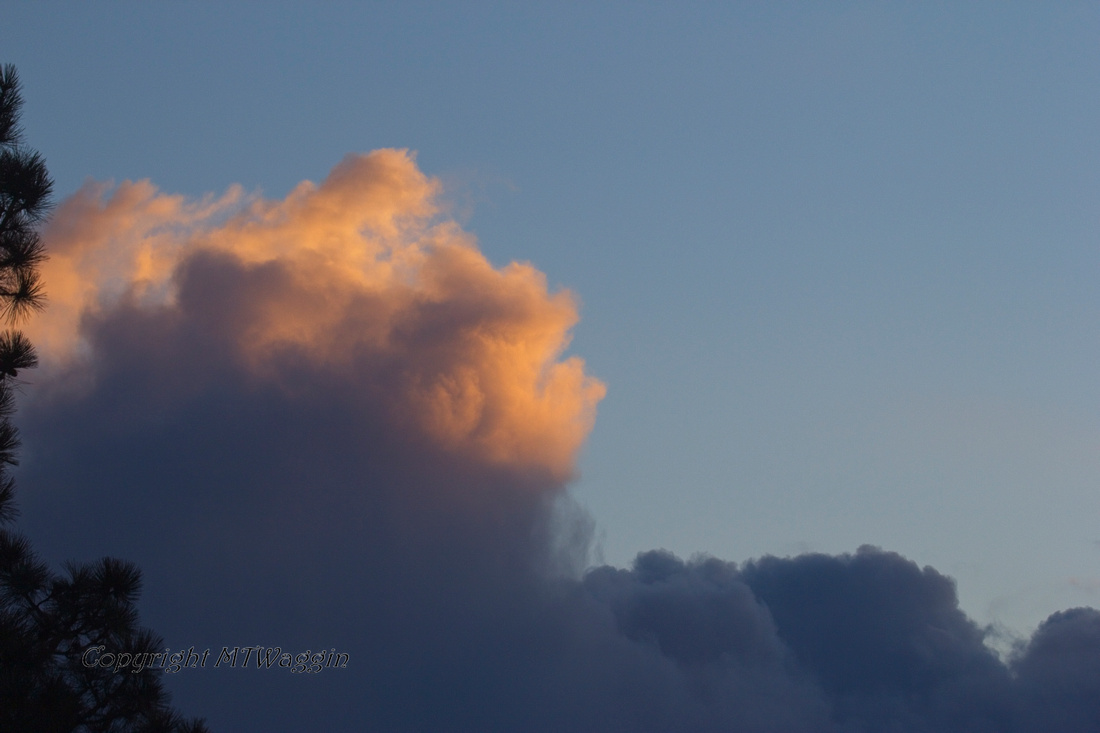 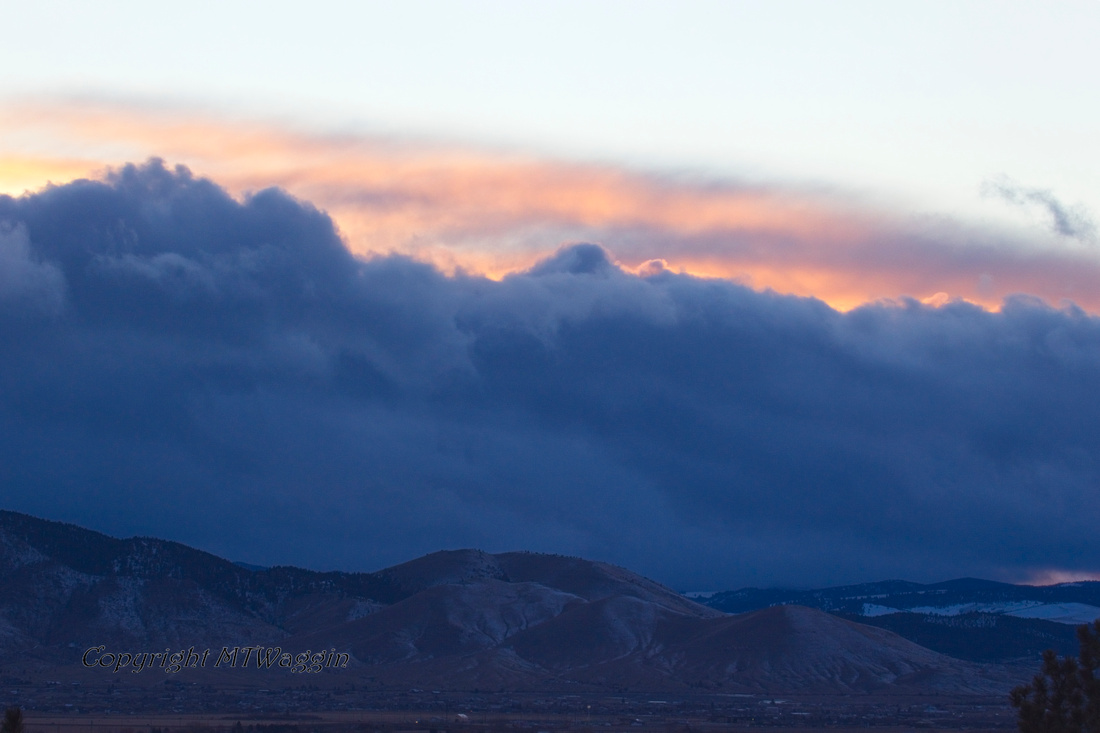 The bird feeder is super busy and I did also get out there to give them all seed for this miserable weather.  Friday I actually saw for the first time this year the pygmy nuthatch  pair, our juncos turned up and shockingly the bluebirds (not the mountain ones though) are also on their way through as there were probably 10 trying to hunker in under my deck.  My understanding is the bluebirds eat insects only so they are really going to suffer  during this cold spell.  None the less I took the big camera out and tried to get some shots.   Out of  20 I managed 4 because I am SO out of practice! 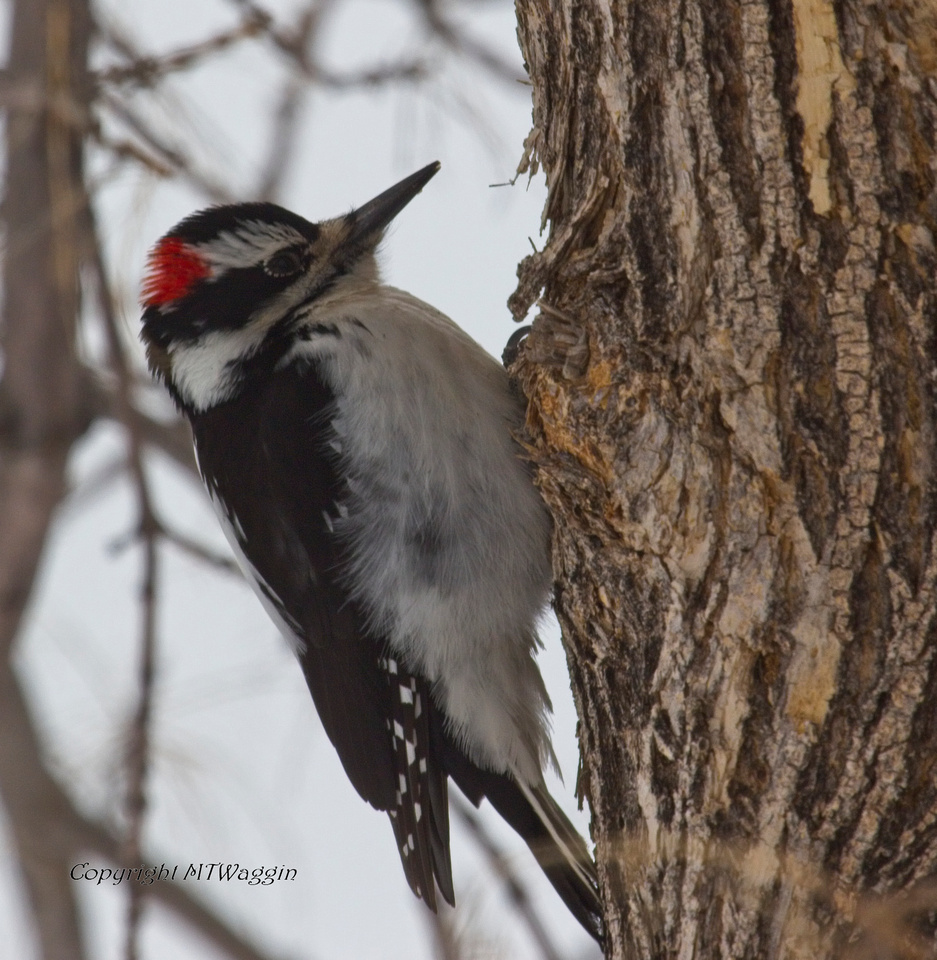 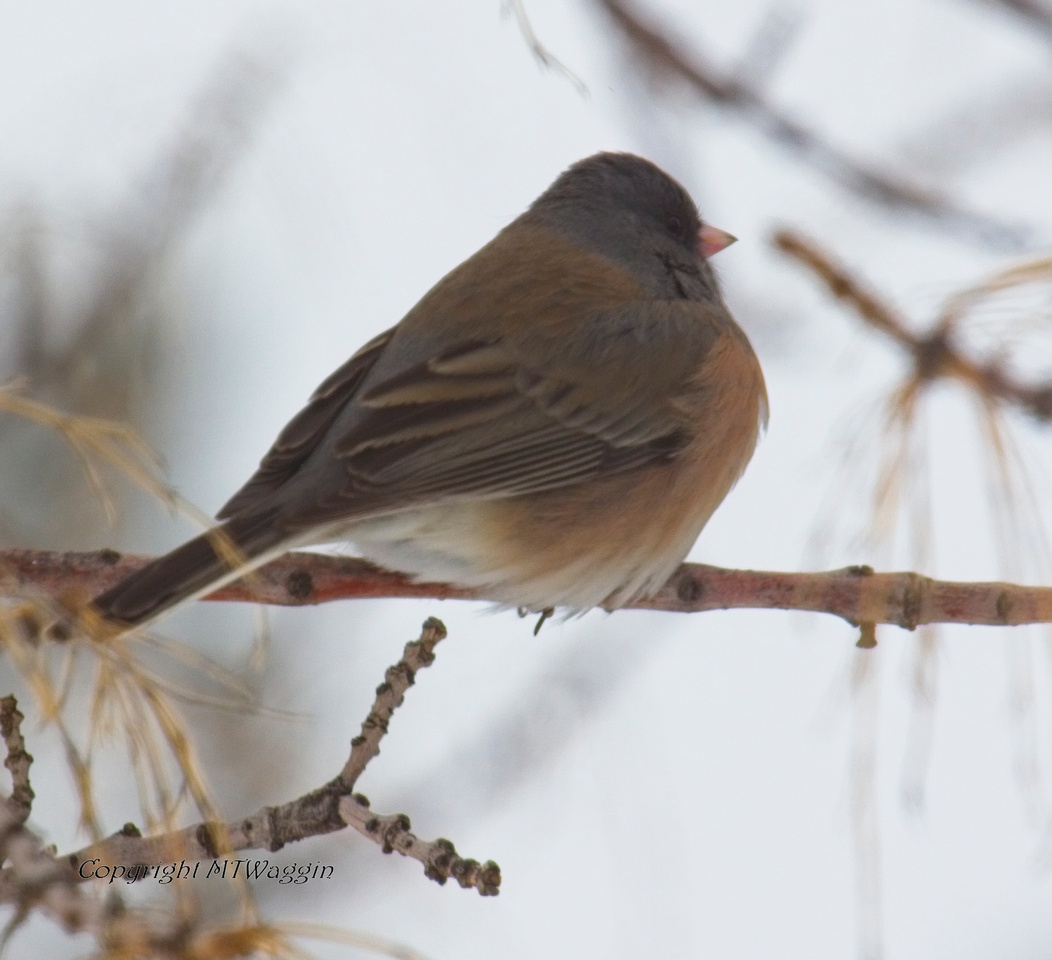 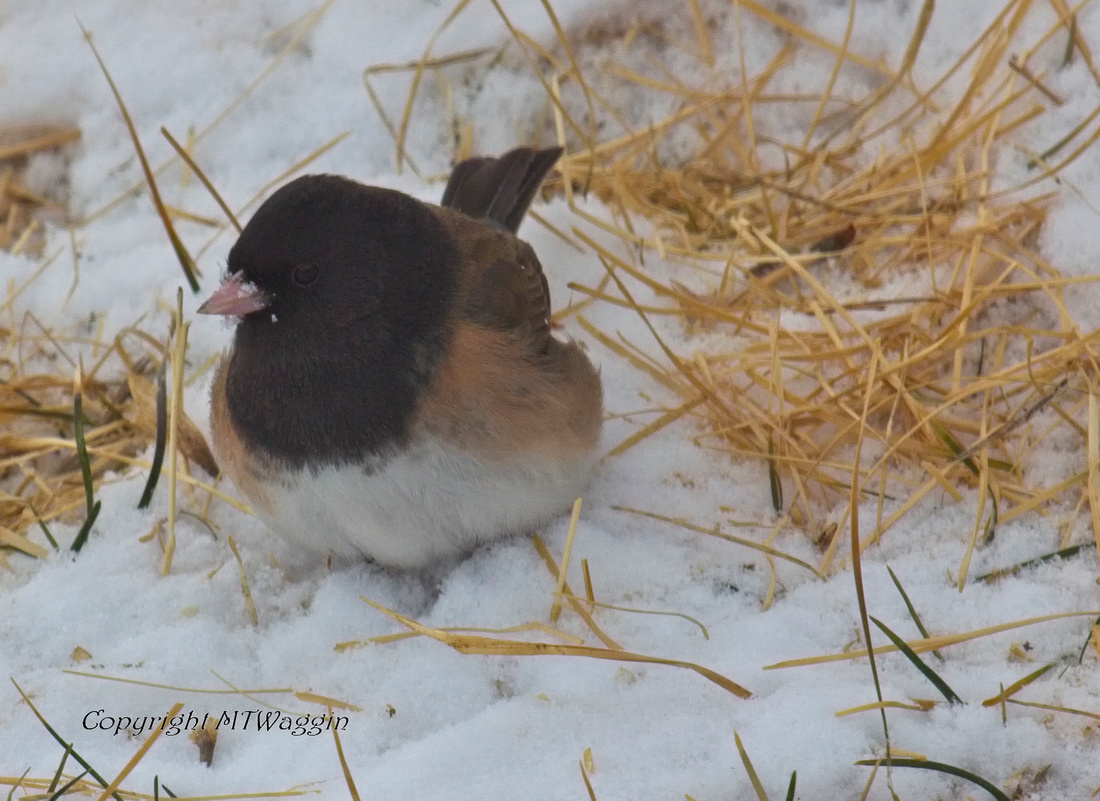 Yes baby it is cold and freaking miserable outside so am very glad I have no plans.  Will expect that we won't be doing therapy dog next week either as I'm going to hedge that the assisted care facilities too will be on "lock down".   That's okay we will catch them after the crisis.

I do hope you all are well and to Lori who asked about the microgreens - they did FABULOUS and so easy and fast.  Within a week I had greens for sandwiches and whatever.   I need to get another batch going - probably a good thing to do since we are hole up.   My knitting is also plodding along.  I really want to be done  by May and I'm now working on stripe number 6 of 8 so am hopeful.  Will hope  to do more than my 2 rows a day this weekend.   Time to go feed the fire!

Far Side(non-registered)
Stay safe and healthy too! We are trying our best! Here you thought you had Spring. It is cold here and a storm may or may not be coming. I am staying busy!
No comments posted.
Loading...
Subscribe
RSS
Recent Posts
Camper Update, Road Trip, Projects In Like a Lamb! Where Does the Time Go? Bring on Spring Nutrition 6 Weeks In Will March In Like a Lion What a Week of Subzero Looks Like Here Hunkered In Looks Like a Post Every 2 Weeks... Let's Catch Up Happy (I hope) Holidays
Archive
January February March April May June July August September October November December
© MTWaggin Photos & Blog
Powered by ZENFOLIO User Agreement
Cancel
Continue