Now I have to tell you a tale of 2 years ago...when my brother and I hauled trailers up to the NW corner of the state.    We camped in the same campground we did this year and were lucky enough to get some great star photos while there.  One of the things I said to him while there is how this area of the state was known to have the elusive Pileated Woodpecker (the largest) and that I'd love to get to see one.   To no avail I waited and then had him come over from his site to say that late one night he was out by his trailer and saw one.   I was like "sure you did".   haha

So this year I again hoped to see one since he had already (but he had no proof - see how I am).   No really I believed him but was disappointed to miss it.   Well it paid off, we were sitting around camp listening to the birds, ducks, bees and heard this weird sound.  Looked up and there it was.   It mucked around and even had a buddy with a couple days later.  So even though the background isn't "perfect" (they are pretty flighty) I got proof and am so thrilled!   Hopped on a bush with berries on it between our two sites!   So fun to see and now identify by their call (which they use a ton).

These birds range from 16-19" which is pretty big considering and yes is the largest woodpecker in the US.

If that wasn't enough (altho I have no proof other than my brother) we also sat and watched a king fisher perched on one of the dock lights fishing the lake one evening.  We heard him another day but never did see him again.   Ahhh my birdwatching was a complete success! 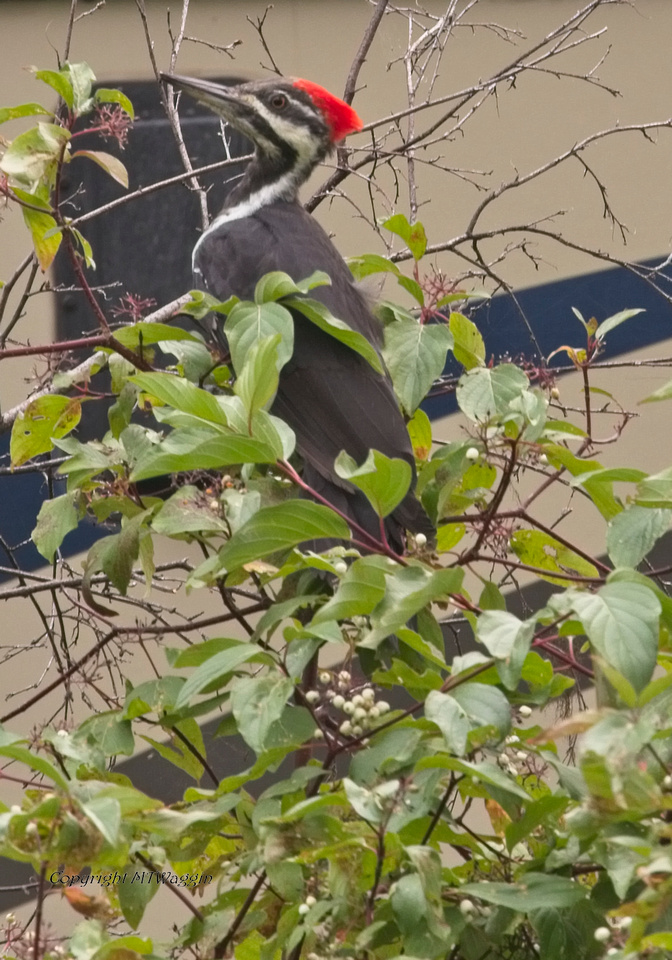 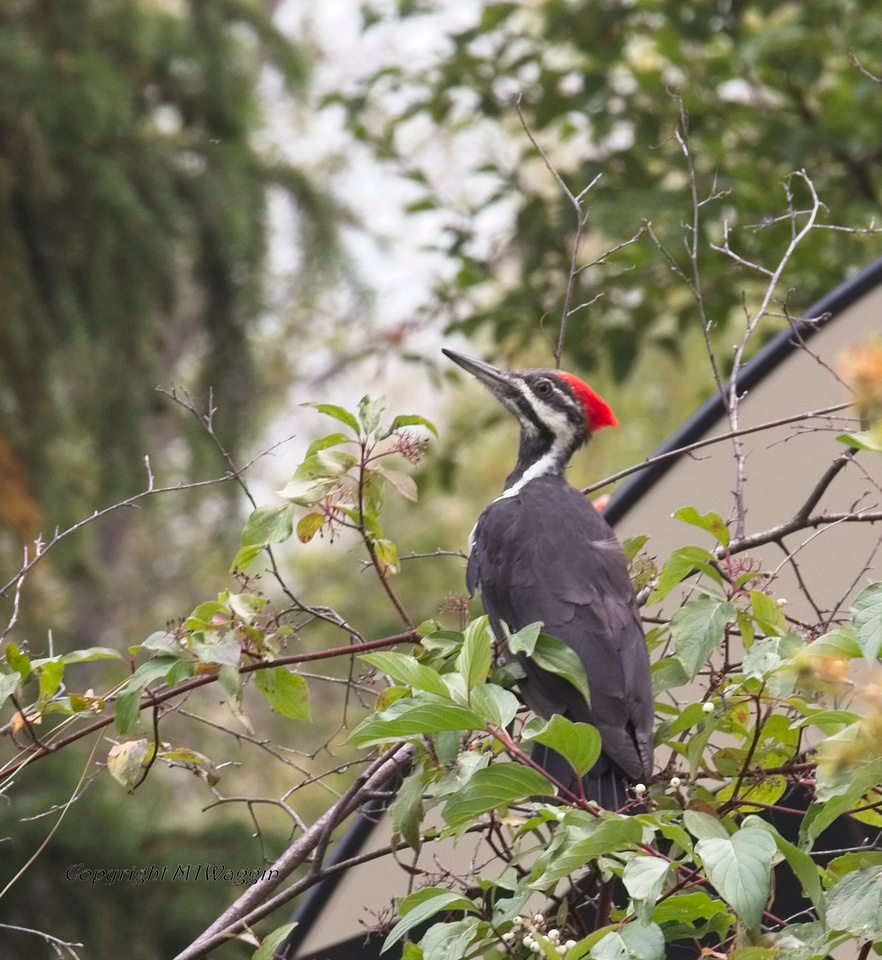 Far Side(non-registered)
Oh it looks like a baby too! Great photos we see ours almost daily! He is loud and obnoxious! :)
sue(non-registered)
That's really exciting! We're avid birdwatchers and have only seen one Pileated Woodpecker. It was in Kentucky where we camped beside the Cumberland River. The big woodpecker was working earnestly on a dead log on the shore and never noticed us watching! Kingfishers are common here. We hear their loud calls all day long and yesterday two seemed to be having a very heated argument about something while we sat on the dock for second cup! Small pleasures eh?
No comments posted.
Loading...
Subscribe
RSS
Recent Posts
Goodbye South Beach Hello Home South Oregon Lighthouses and South Beach (2 of 3) Helena to Oregon Dunes (long) 1 of 3 Camping Wild Sorta A Tizer Experience 4 States, 2000+ Miles, 12 Days Camper Update, Road Trip, Projects In Like a Lamb! Where Does the Time Go? Bring on Spring Nutrition 6 Weeks In
Archive
January February March April May June July August September October November December
© MTWaggin Photos & Blog
Powered by ZENFOLIO User Agreement
Cancel
Continue