Oh man am I pathetic or what?   As you probably guessed just freaking busy (and a little pathetic).    The summer wrapped up and fall started and I can honestly say that, even though am still really busy am looking forward to a bit of quiet time come winter (we'll see if that holds or not).

I have a giant project to share with you in a later post that has been consuming most of my time but a little catch up first.

Once we returned from our camping trip, my brother and I were "all hands on deck" trying to get "stuff" done before he had to leave mid-ish September.  There was vehicle maintenance, cutting down trees, moving wood closer to where it could be dried, split and stacked (it is drying now).   Kent built me out an old fashioned video game station out of my little computer I had in the trailer, we had some fantastic deck time and well, worked around the horrid heat we had pretty much right up till September.

There was also progress made on the parrot aviary and although we didn't get it completed, only the panels for the top need to be finished and then put it together.  I was no small decision to figure out where it will be put but landed on it going on the back patio partially covered by the pergola - once it is finished.   New tools were purchased (I'm now the proud owner of a new angle grinder and power stapler) and lots of garage time was had.  It is being made modular so that it can be moved or expanded as needed and hopefully come spring I'll have some finished pictures to share. 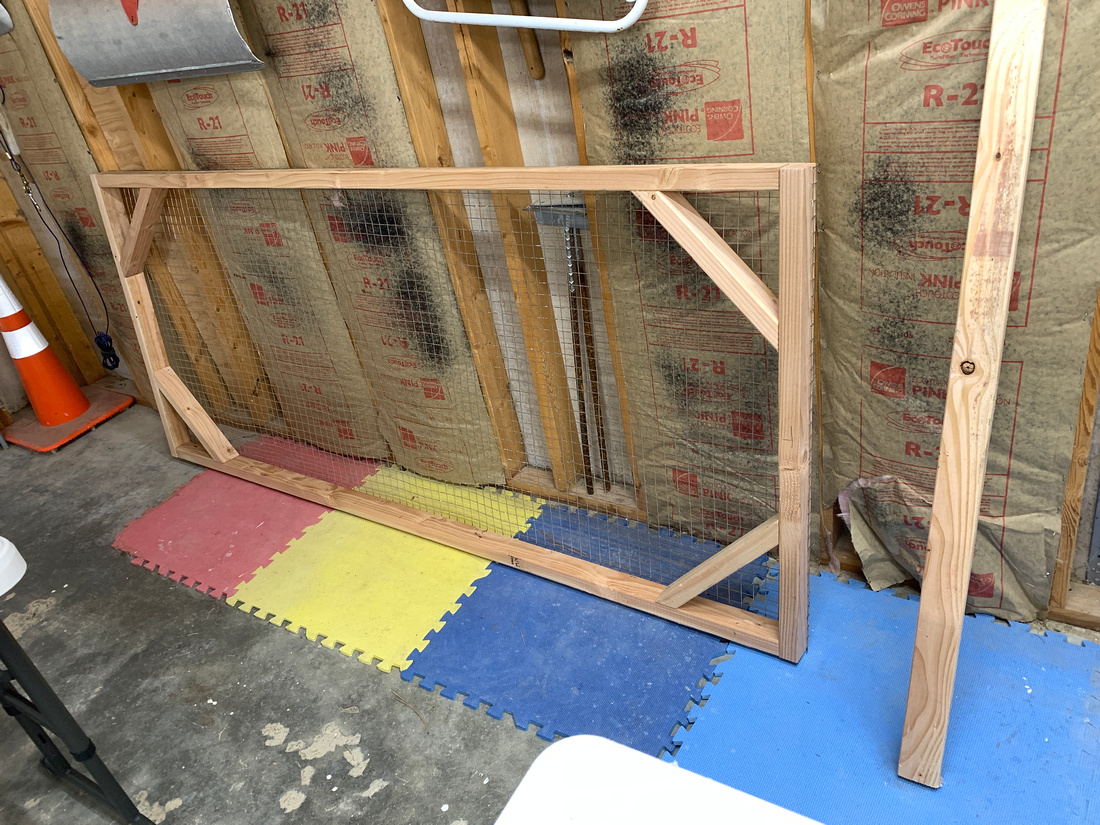 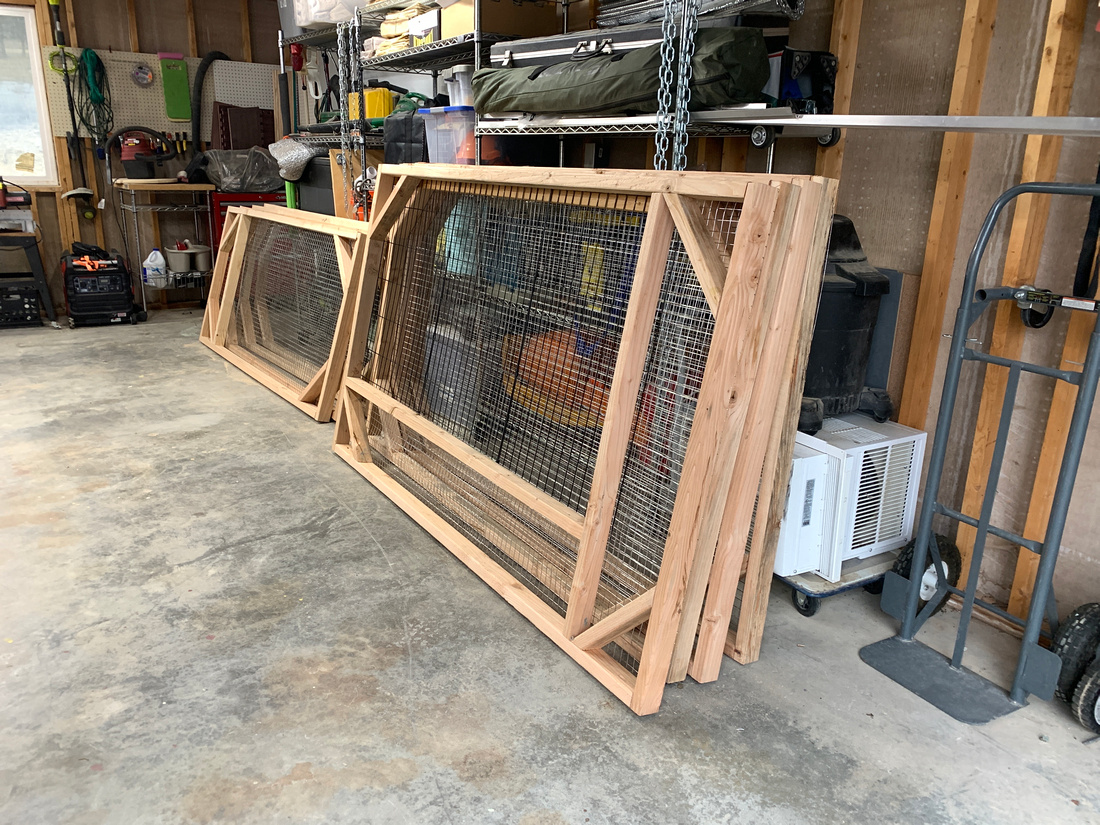 We also got a fantastic mid August (yup it was HOT) weekend camping trip done - just 30 minutes from home.   Because of the heat I left the parrots home and came back over the hill to care for them each day (only one day actually).   They were happier and it just took that extra burden off.   Literally days before we were to leave my 8 year old battery on the trailer died.  Lasted about 5 years more than expected so got that replaced, then the day we were ready to leave Kent's also died so a quick trip to town resolved that as well.   While it was hot, being down at the river was nice, we found a great campground we really like (read quiet) and the views were fab. 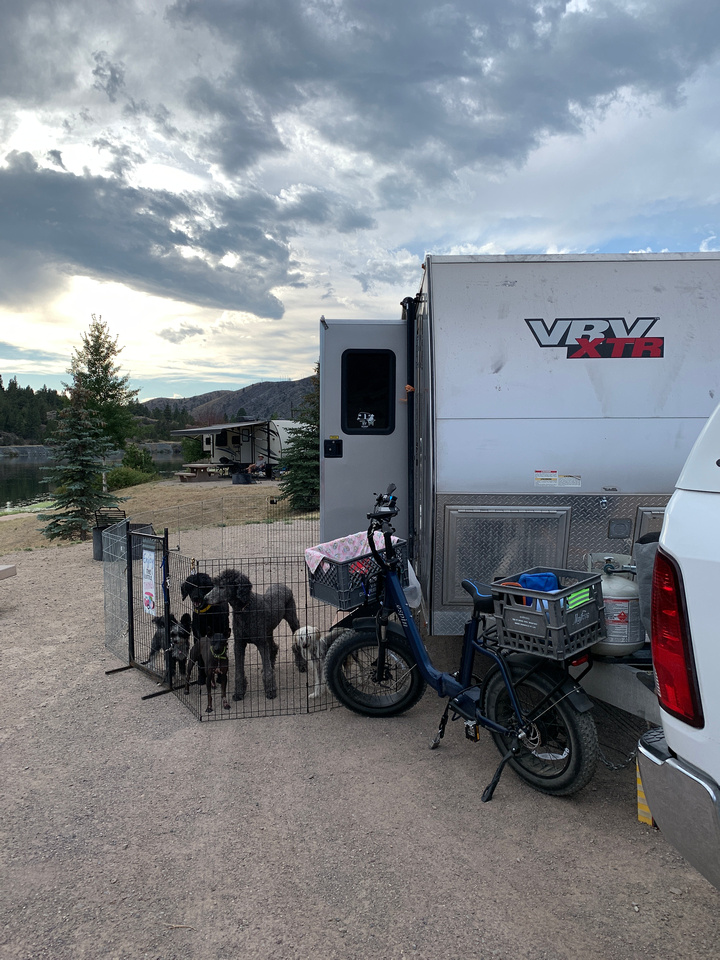 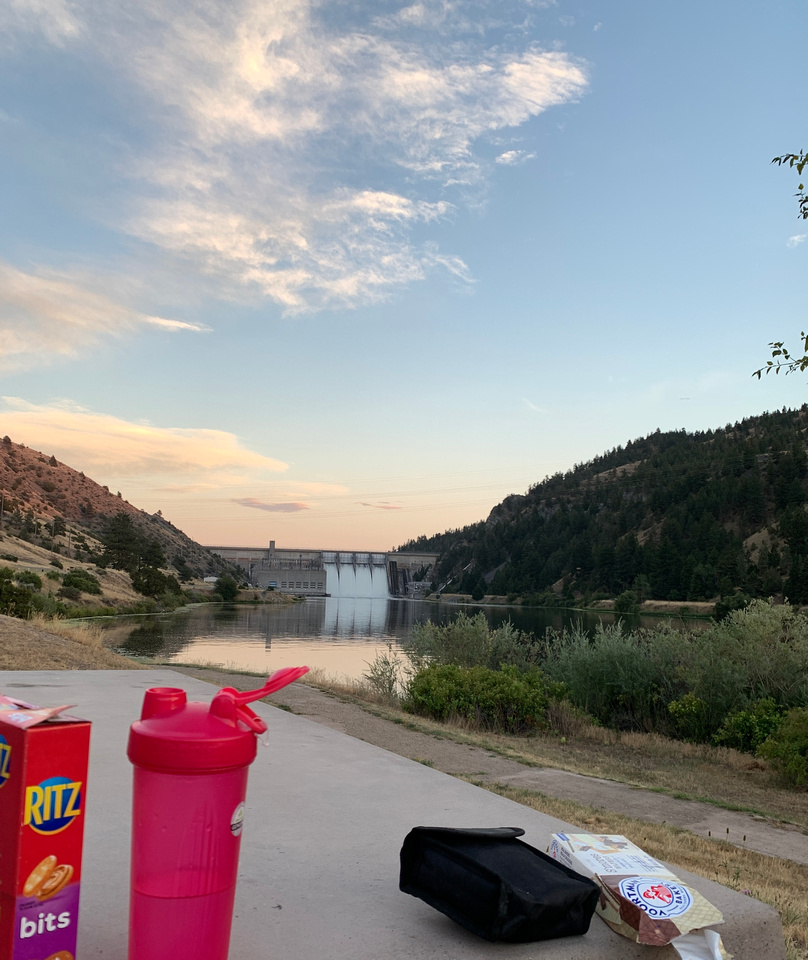 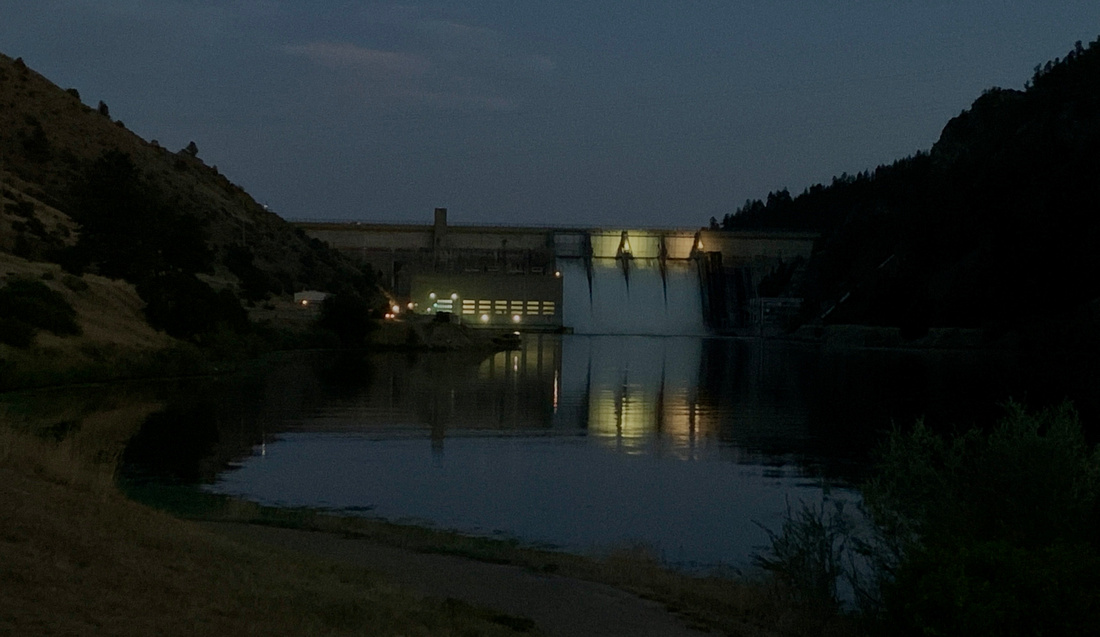 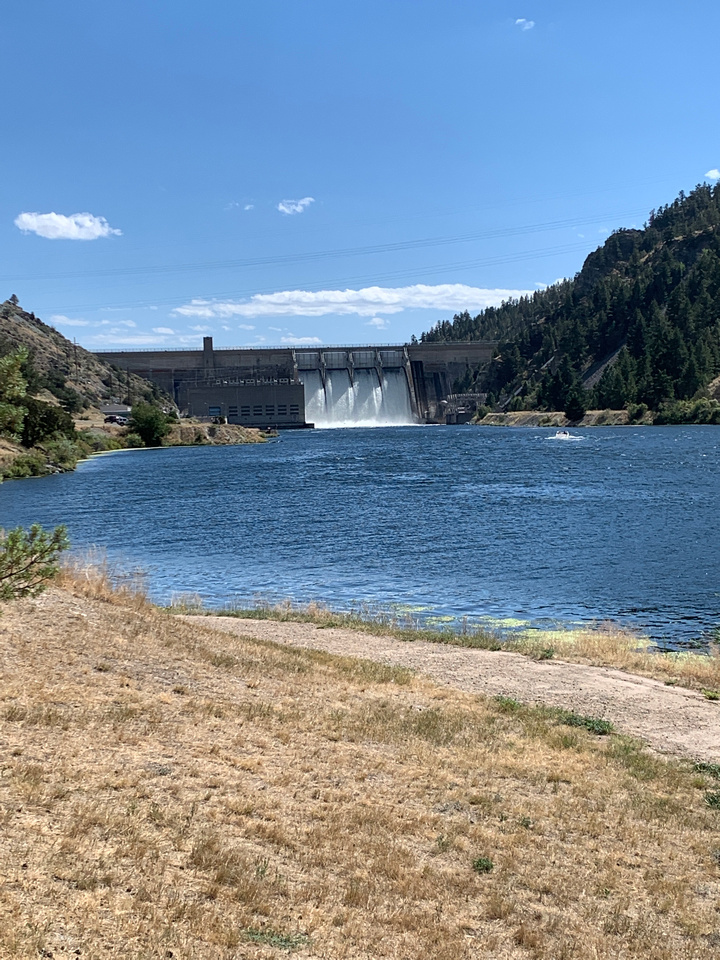 They were letting full water out of the dam so it was actually really pretty (we'd had rain for a solid 4 days prior) and so good to see.   We don't see all 4 gates open very often.

We spent a LOT of time this summer shopping RVs.   Yes, I got a bee in my bonnet and decided I wanted to get a bigger trailer.  While I adore my little trailer and really wasn't convinced I was ready to let it go, I figured I'd look around anyway and see if ANYthing would work.   Our travel style has settled in and of course now taking the parrots along too kind of added to the complications in my little VRV.    There were trips out of town, hours and hours and HOURS of video watching and researching floor plans.   Much discussion about pros and cons of floor plans and builds and well, we looked at, I kid you not, HUNDREDS of rvs in person.   It was exhausting and by the end of August I was kinda over it all.    I was tired, but.....

There was more discussion and I found a floor plan I liked (totally not what I had started looking at) and we travelled to Great Falls to check it out.   The rv sales people at the place it was located were HORRID!   Pissed me off so badly that even if I had set my heart and pocket book  on that trailer I'd not have purchased from then.  On our way out of town (now that I really had narrowed down my choices of layout) we stopped at a place we'd been previously.  Got a great salesman, who showed me just what I was looking for and in all the "options".   We narrowed it down to ONE....and that is where I'll leave it as that is the future project blog I'll share later.

Kent headed home and we were all sad and that same time Sterling became seriously ill.   I've spent the past few weeks dealing with that and the thought that he might have to leave us.   We couldn't figure out what was wrong!   3 days before his vet appointment (because you can't get appointments with vets anymore that aren't 2-3 weeks out) he rebounded, we went to the vet and every stinking thing we checked, checked out.   Perfect xrays, perfect blood, almost perfect body condition.   I'm happy to report he is back to his "old dog normal" but I don't want that scare ever again! 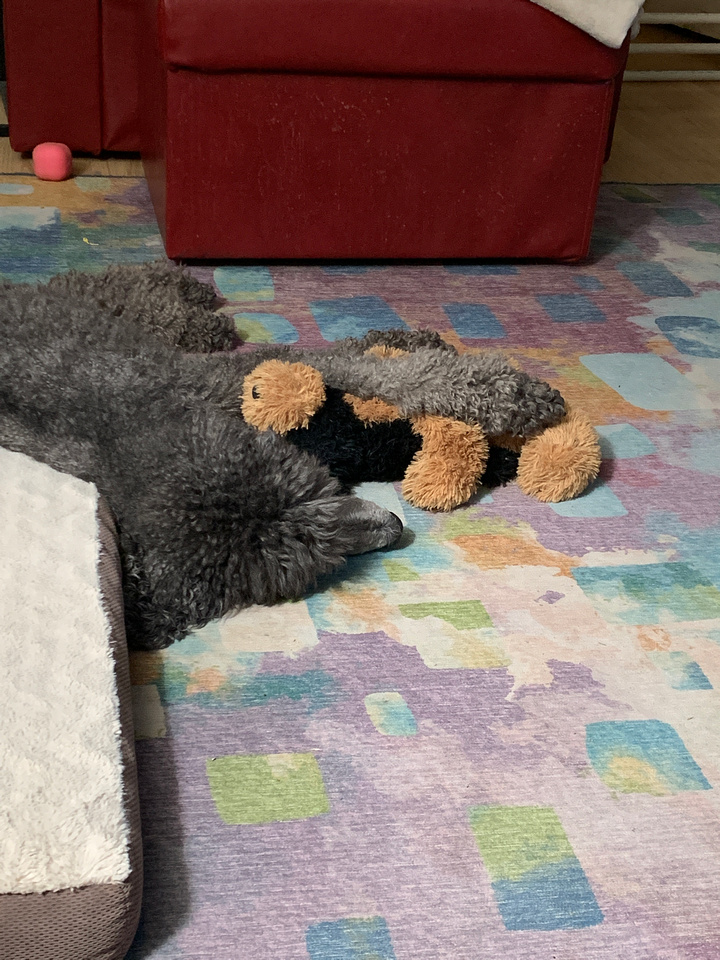 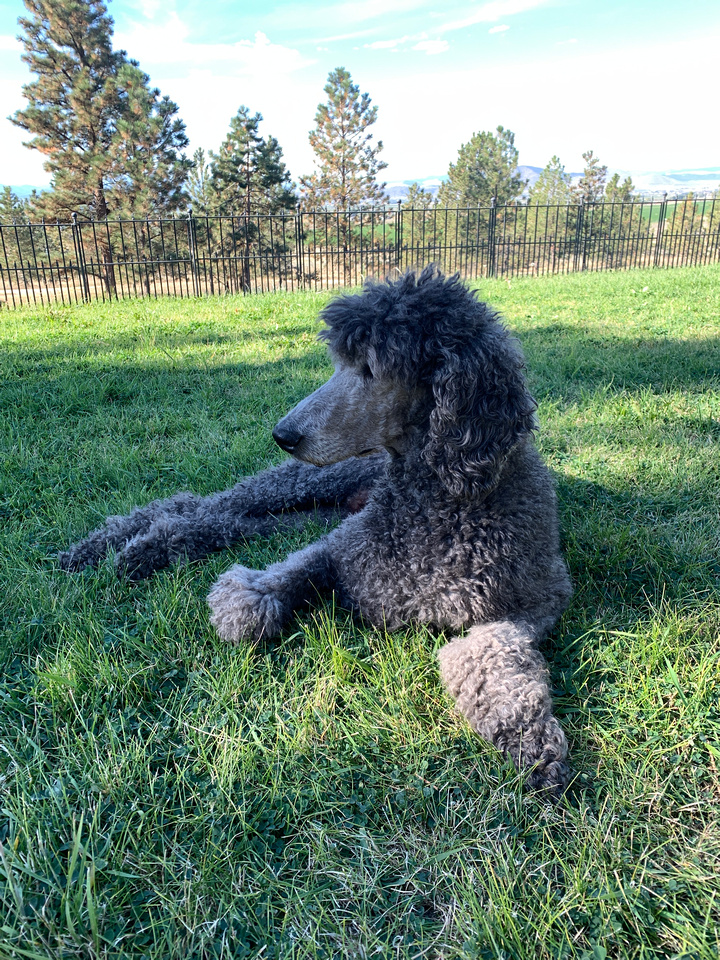 Everyone else is doing fine - the October full moon made everyone more nuts than normal but that happens.   I managed to get 1/3 of the front of my house painted while it was warm enough to do so and I think the rest will wait till 2023.   So that's about it! 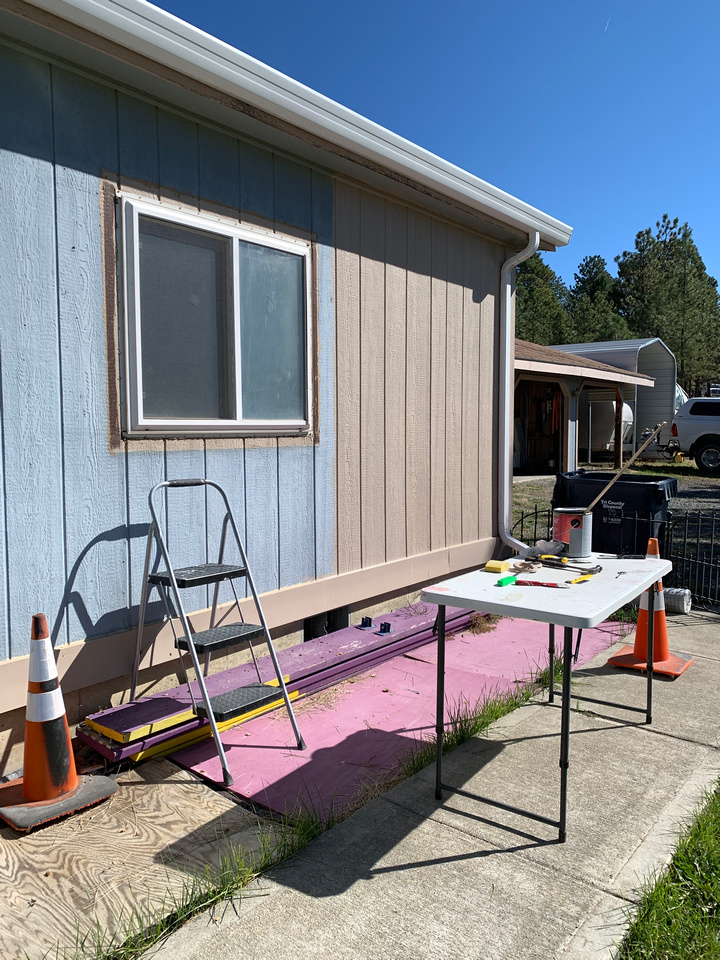 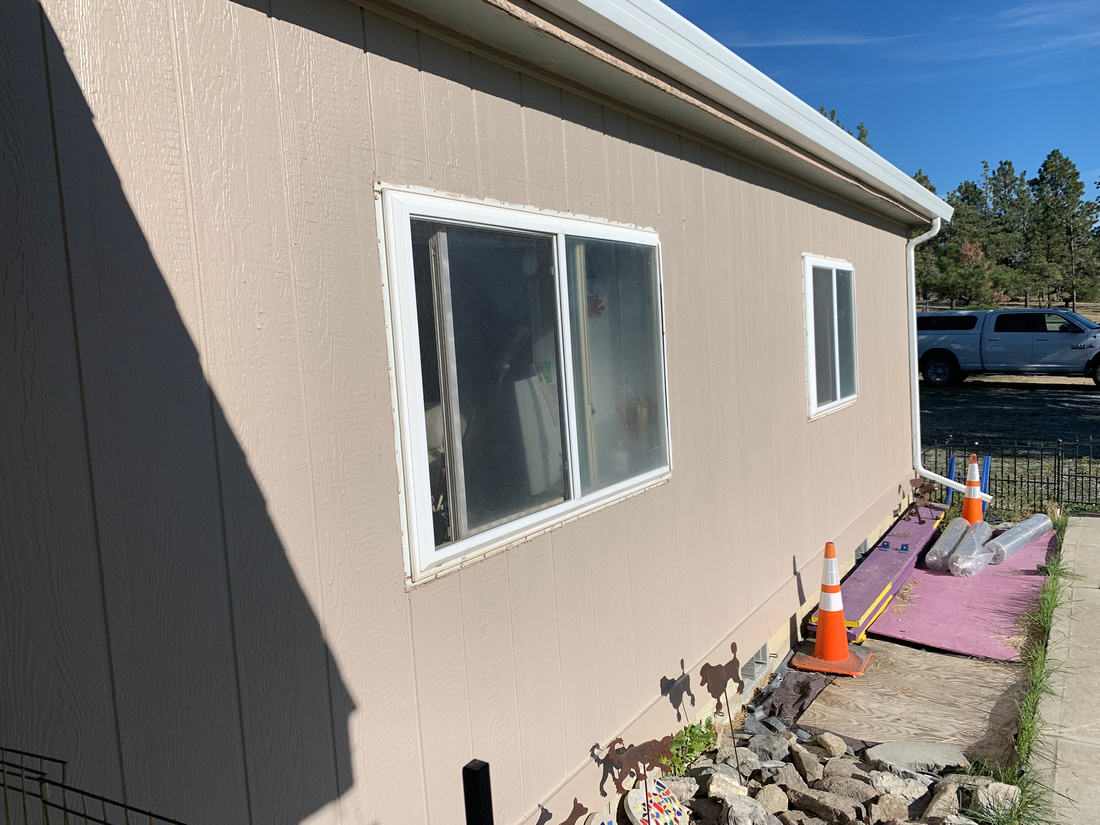 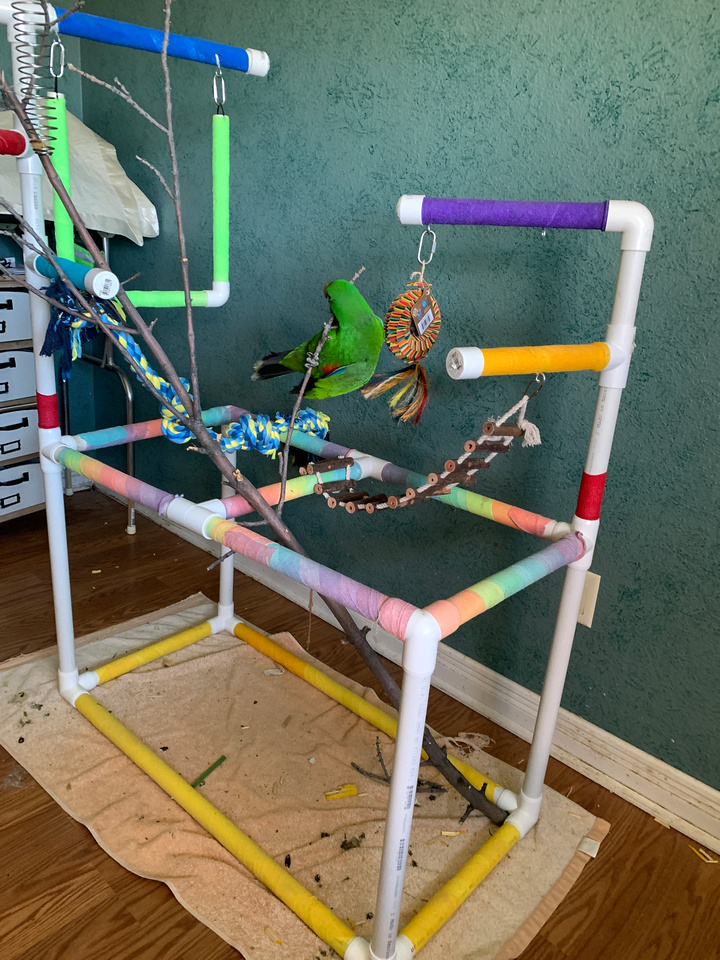 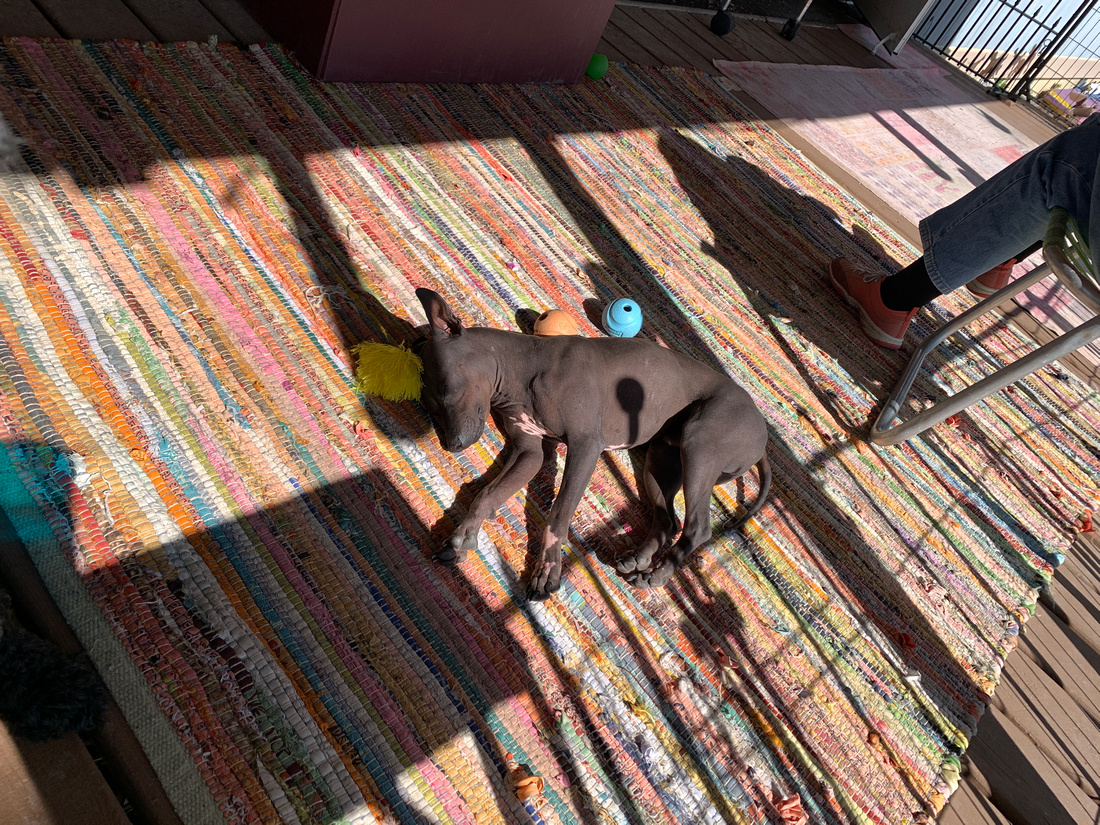 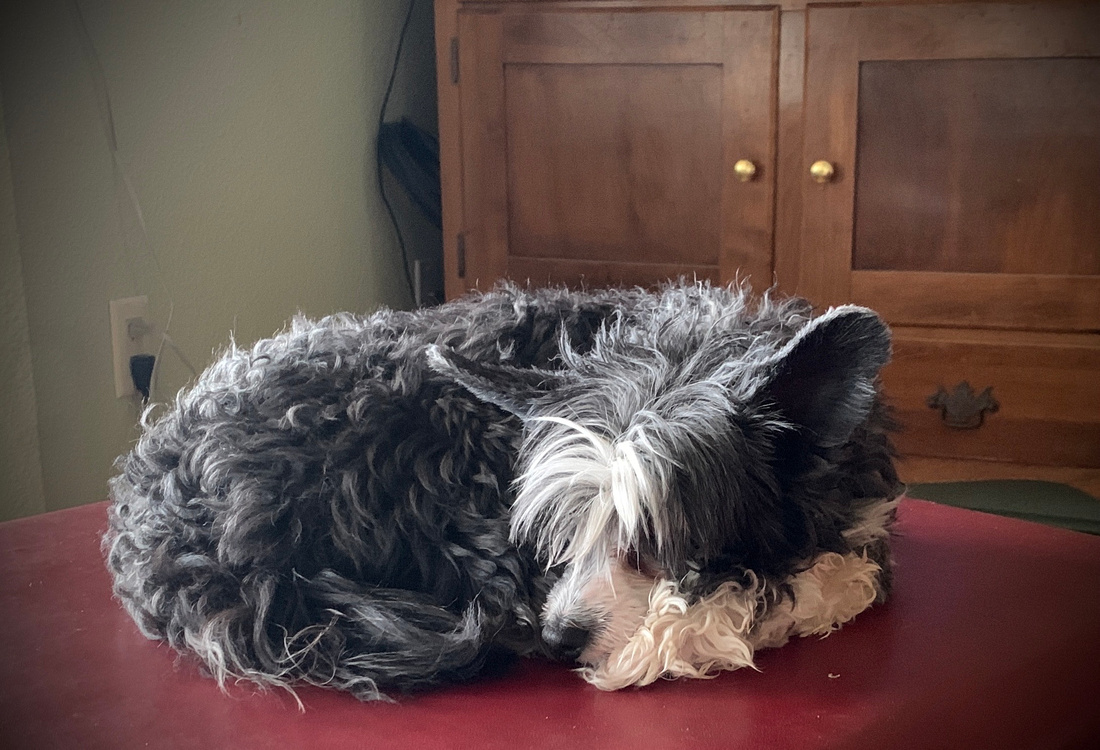 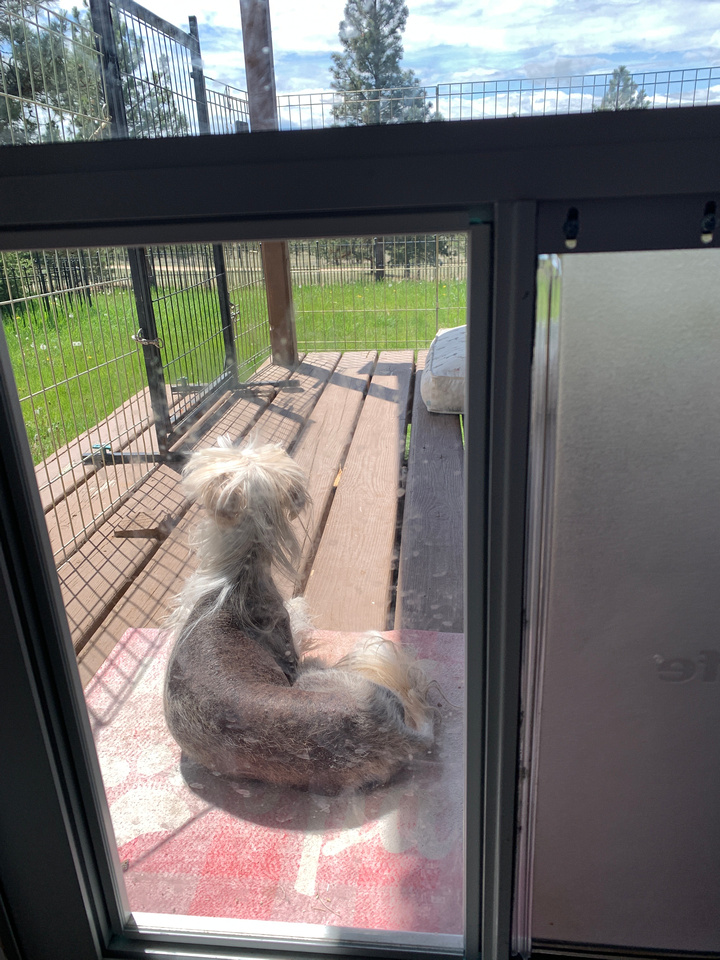 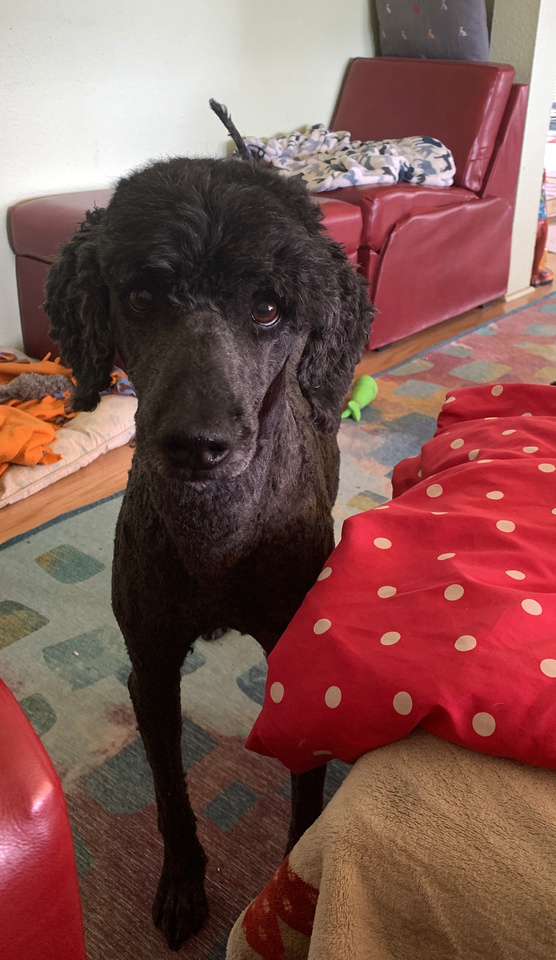