And it didn't take long for it to turn to Winter!  I will admit I when  I saw the forecast I got my butt busy getting some last minute things done outside while I still could.  First on the agenda was cutting dog hair from the scruffy monsters and I could check that off.  While they were cleaned up I hoped to get an "annual" group shot and while it didn't turn out nearly as good as last year I'll take what I can get since I also didn't have the prep time into it either. 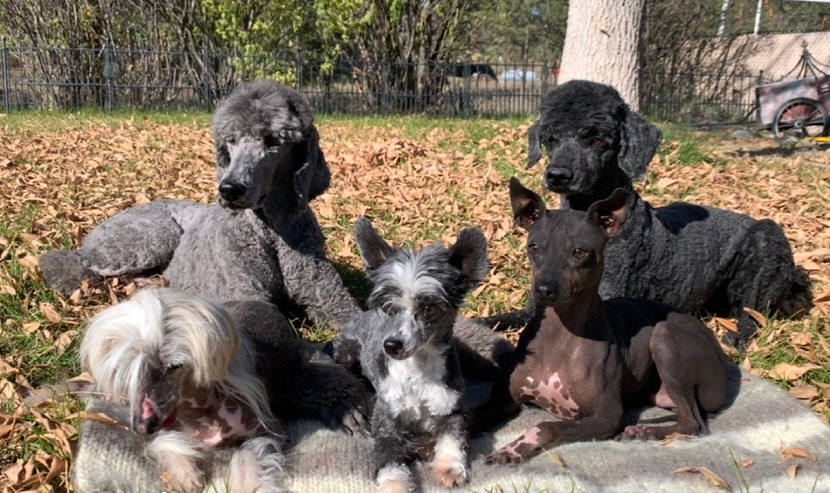 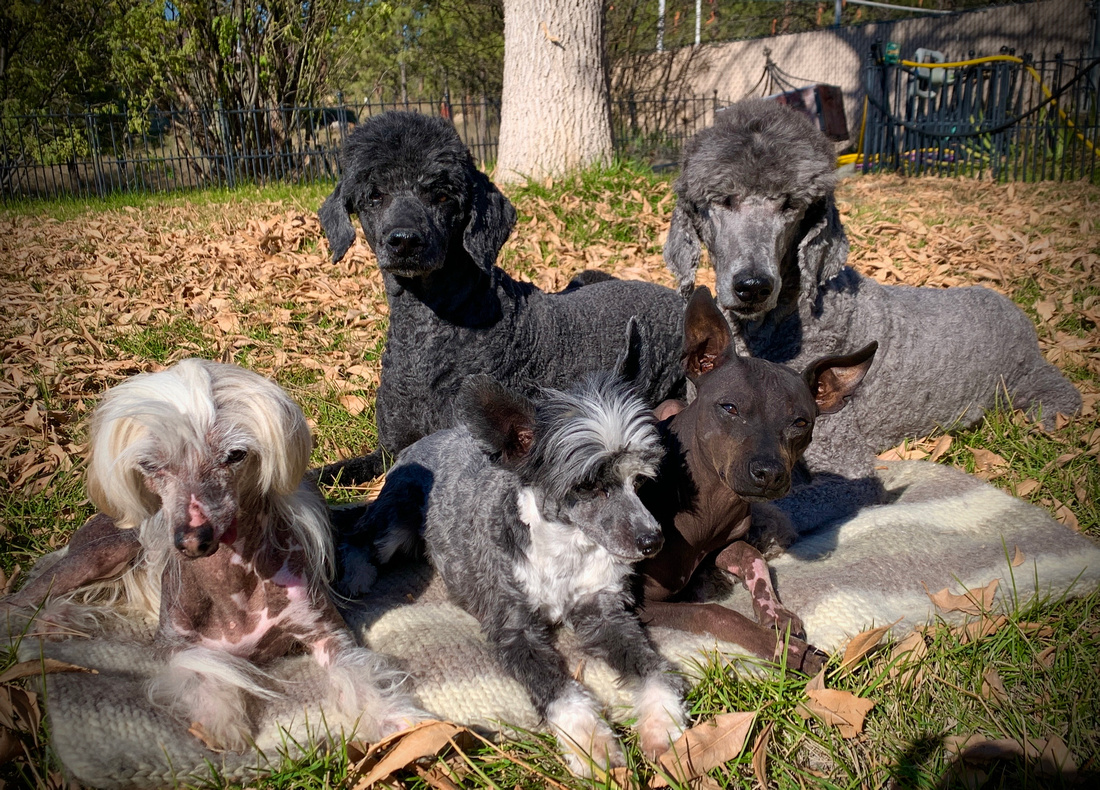 I also had to say a bit of thanks that I was able to do that shot of all the same dogs as I had last year.  That hasn't happened in a while with our losses.   I also am thankful that Sterling is doing just fine now as well and that he faired well with his haircut time too.    I have discovered though that one of his favorite treats (all my dogs love it), popcorn isn't sitting well with him anymore so all are limited to 1 piece.   Much easier than dealing with a sick big poodle when it is below zero out. 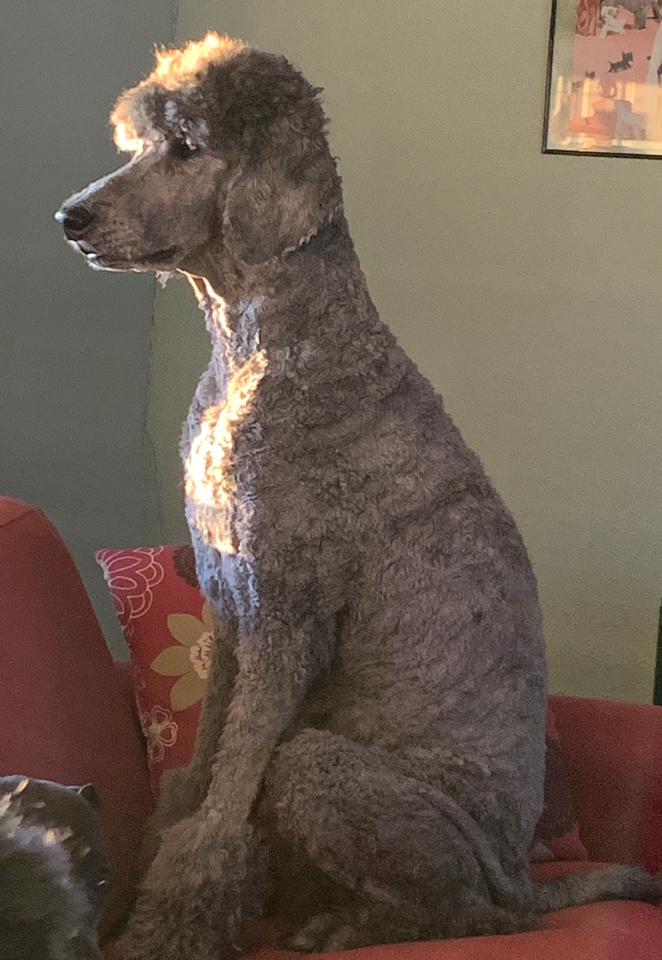 I also wanted to get the parrots situated with a lighting project that needed to be finished before "winter".   With the darker days and especially now that we seem to have a lot of cloudy dark winter days.    Happy to report I was able to use all pvc parts I already had (which will be no surprise to most).   They are happy to have good UV light now (parrot lights actually) during the day!  The lights are actually designed to be attached to the inside of the cage tops but I really don't trust that so pvc to the rescue. 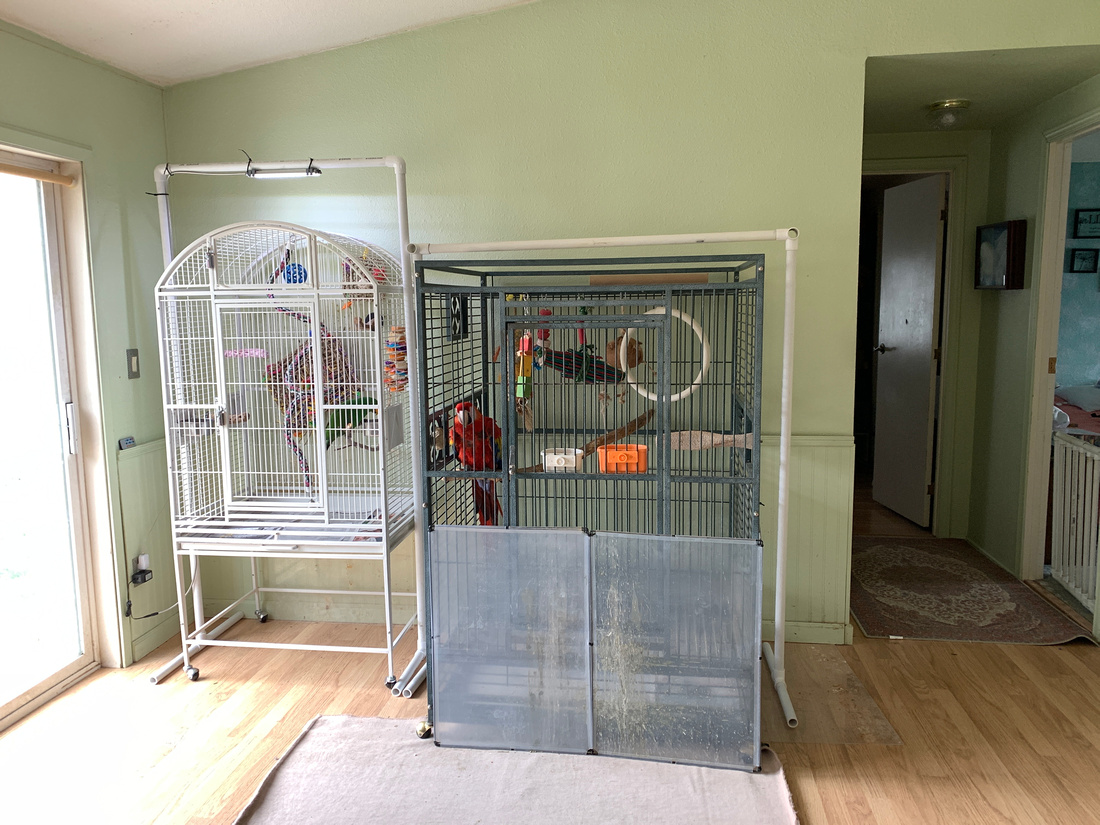 As things usually go when I'm most busy with work and projects, something goes awry and this month was no different.  We were happily enjoying the warm Fall days and letting the furnace  run at night.  I was sitting in my recliner one evening thinking it was quite a bit colder than usual.  I went to check the thermostat (to make sure I hadn't turned it off) and it was engaged - but no furnace.  What the what?   I walked into the utility room and I could feel heat around the furnace but no fan running.  Shut that puppy off breakers and all in a hurry.   Found one of the few repair places that will deal with manufactured home furnaces, they came out the next day and had to take  the motor home with them.  I was once again so very happy to have the wood stove and even more so that I realized the furnace had an issue before it burned up the elements or worse!    Happy to say they cleaned it up, replaced a few parts, put it back in and we are good to go. 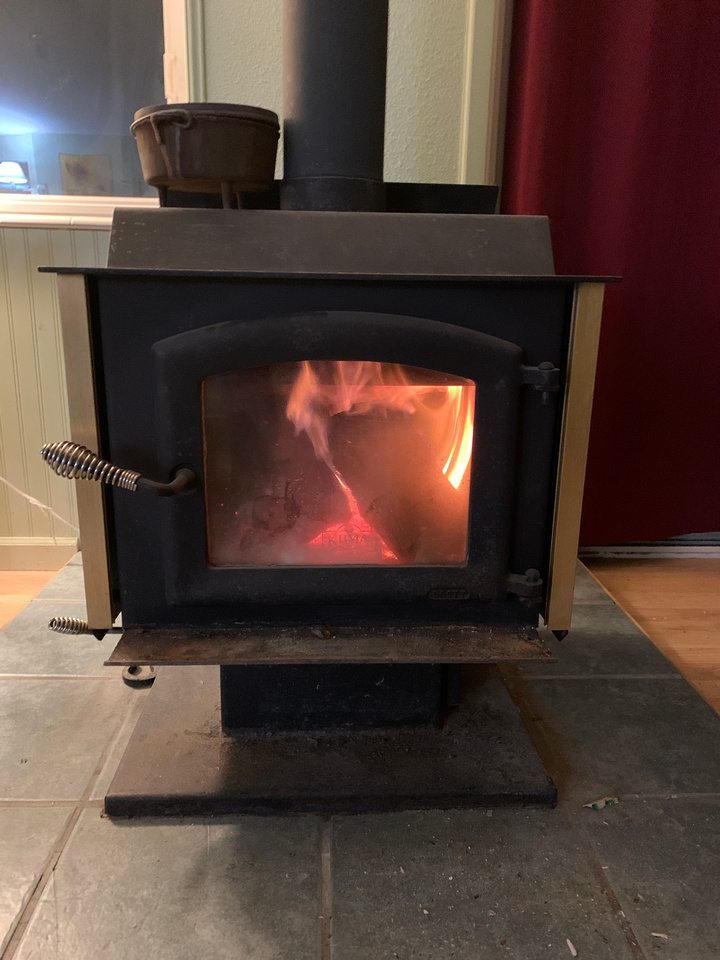 The parrots were really happy to have the stove going (warmer) but they are even more happy that I got busy and got their Winter stock of food made.  This is their "chop" which they get every morning.  I will say they aren't as excited about it as the Summer version but they'll adjust.    I was so happy to see a video where someone used their cooler to do the mixing of everything.  That made it so much easier as the sink was going to be too small. 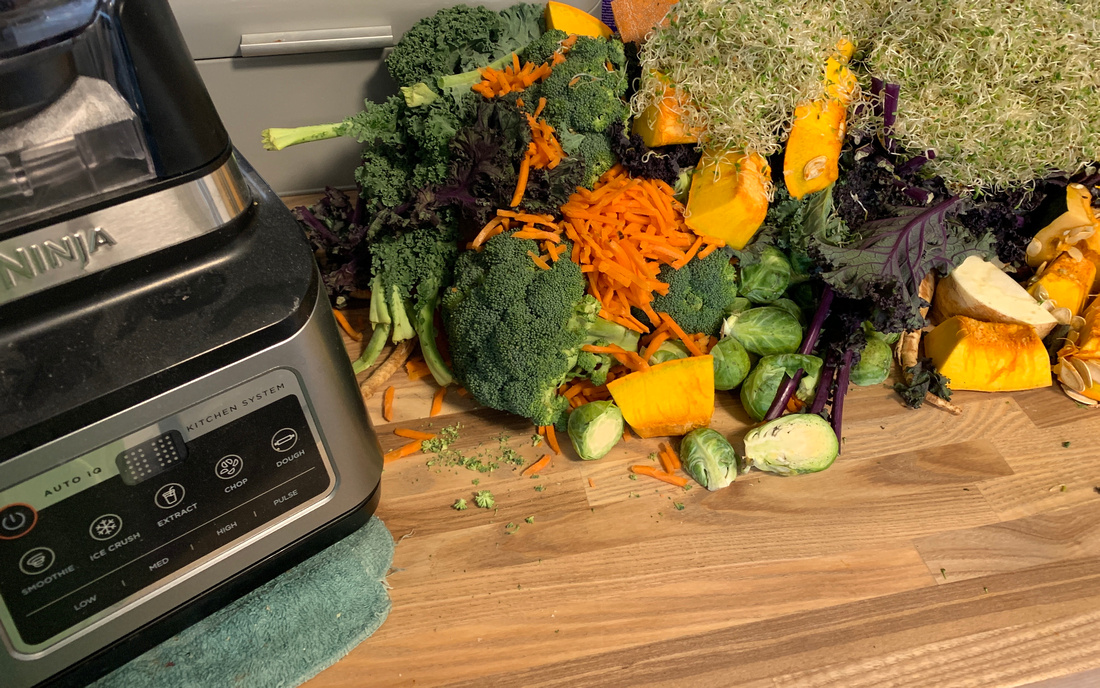 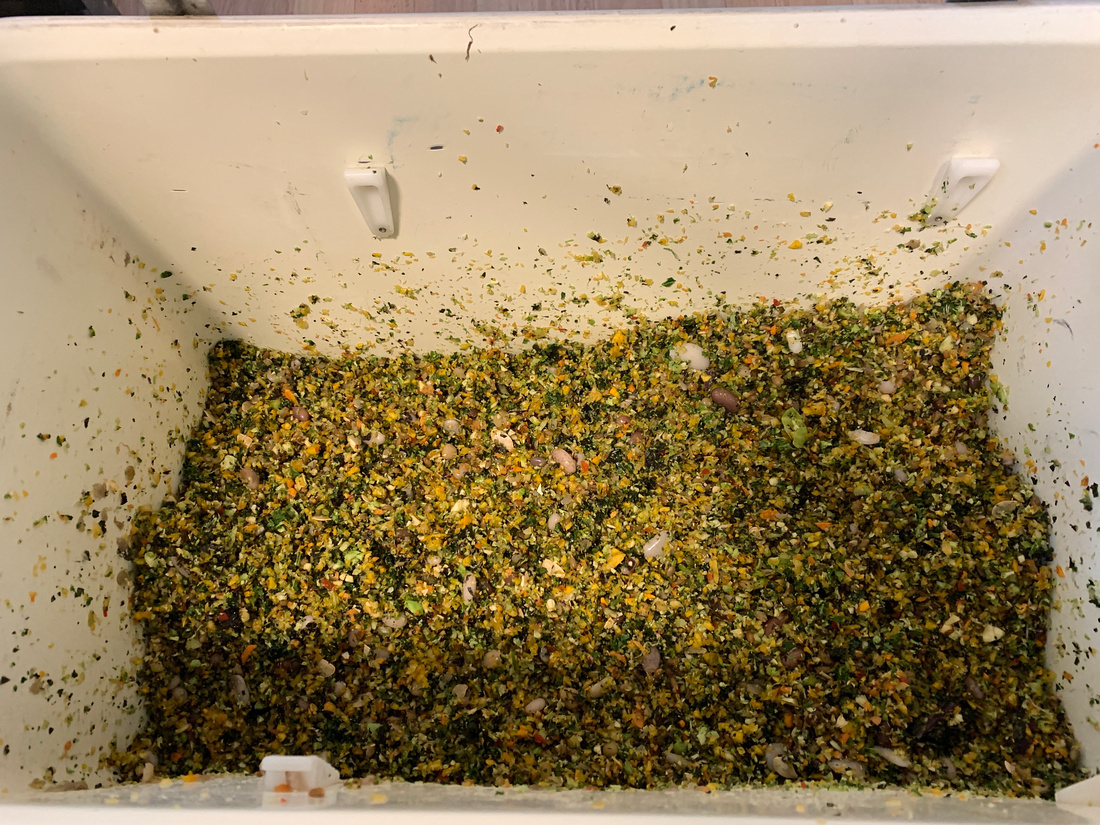 Okay and as it was getting cold I had some weird craving for chocolate chip cookies - from scratch.   Luckily I also had friends I could share them with after I was "over em". 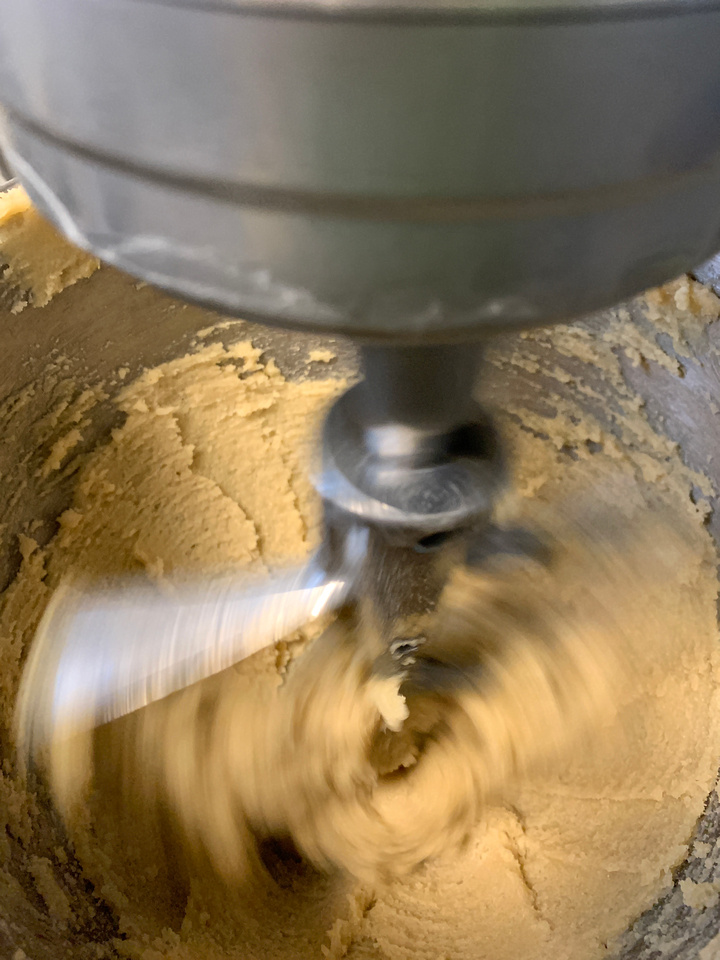 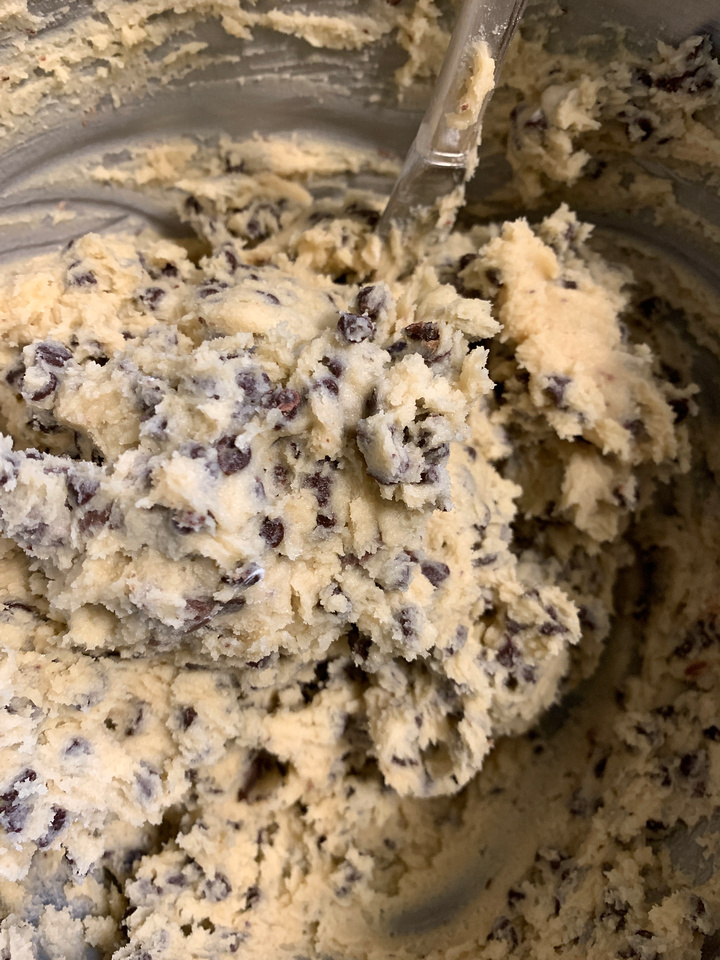 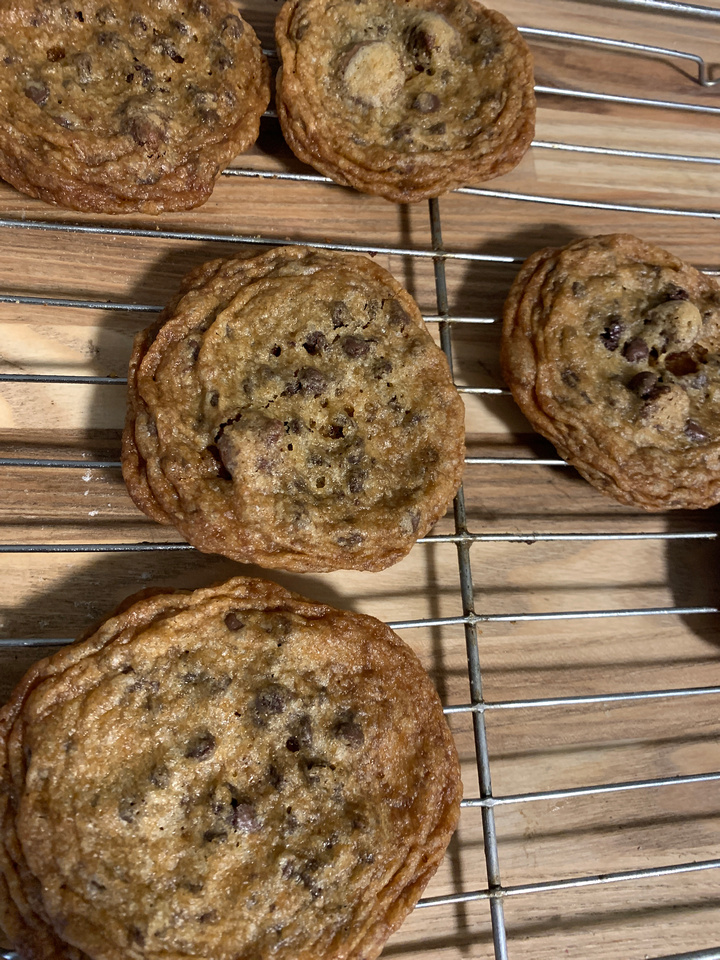 They were pretty yummy but next round  won't have mini chips - those didn't work for me.  I've not made homemade baked  goods in forever, for the very reason as I don't have people to pawn off the remains with.   When I was working in the office I'd take them in and they'd disappear.

My trailer projects continue but only one small one IN the trailer.   I got Iago's travel cage (dog kennel) in there and after many versions over the summer figured out how to put a bottom in it so she cannot eat the paper on the bottom.   My handy angle grinder, an expen panel and zip ties.   It works great in the place I wanted it as well. 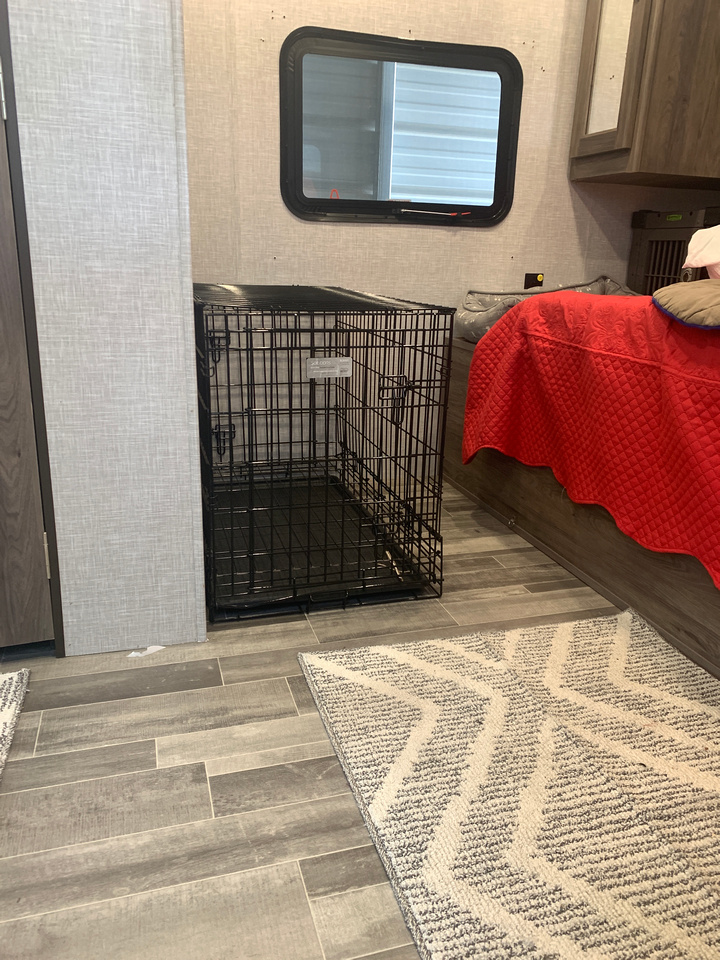 Oh and I got the odd 12volt blue led light strip on the bed base replaced with one that has warm white lights.   It was my first somewhat electrical option and I'm pleased with it, it works and the red quilt tempers the light.   Next one will be replacing the one under the front kitchen counter.   I didn't want to just remove them as they ARE on a switch and I can utilize that.   Since it got cold the next thing for the trailer was finishing the window coverings.   I took the Warm Windows covers I had in my other trailer, took them apart and repurposed the backing (it's expensive).   The sale tablecloth made the last 2 for the back in red that matches the back red curtain.  Yup I also put my pin collection back on the ones in the living area. 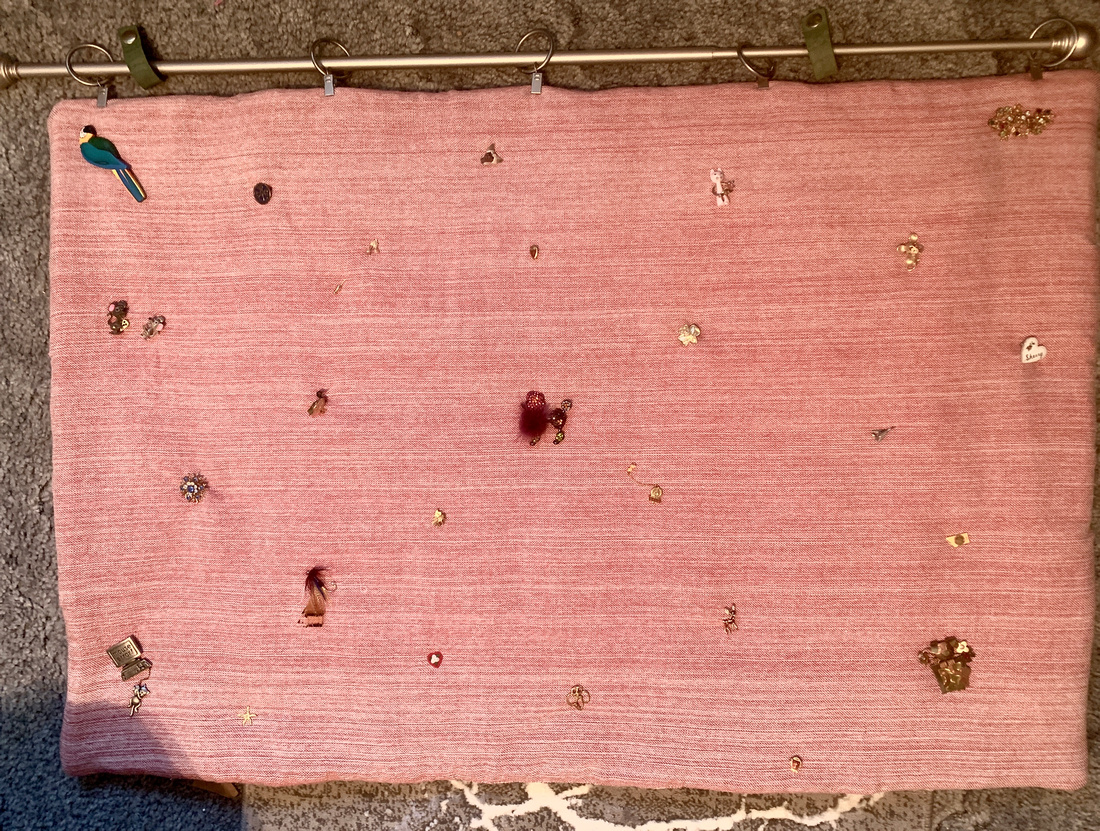 Then I just had the one window left that is in the bedroom area.   Wasn't sure what I was going to do there.   Didn't want to just do another red one like the others with the cool quilted one on the other side.   As I was digging  around in the back closet I came across the pile of hankies I had (from my Mom, Grandmas and me) all iron up so I could use them for "something".   I figured out the something. 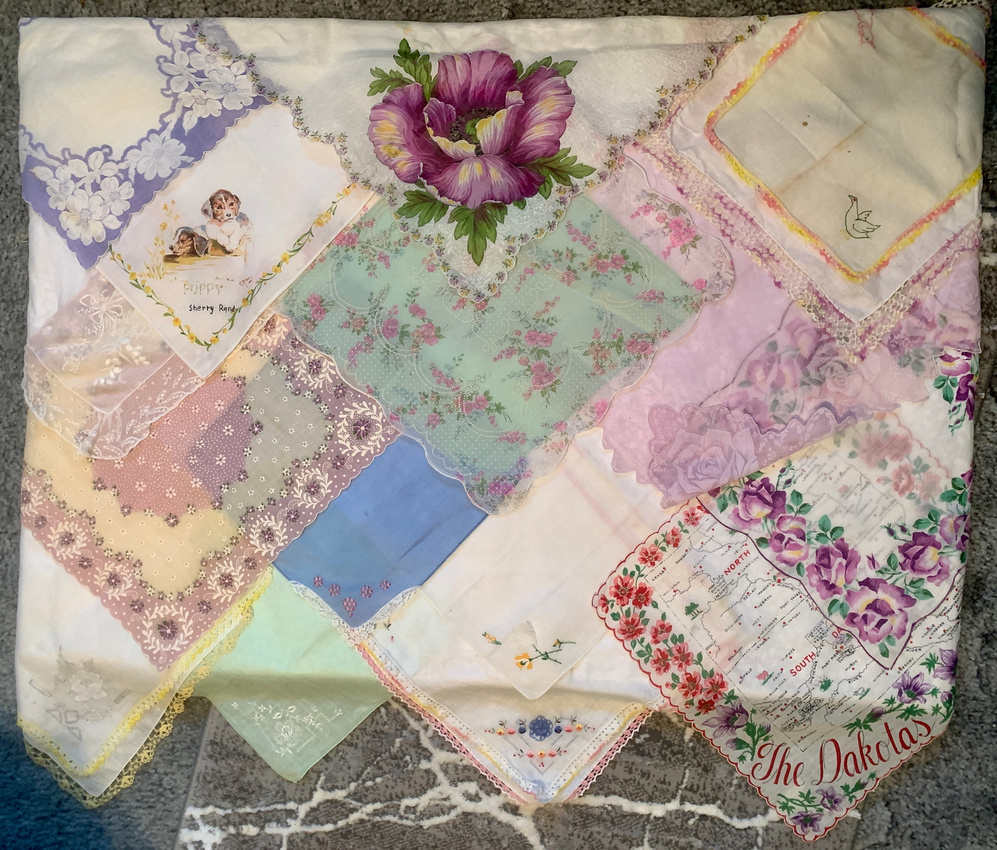 It was kinda fun to do really.   I now have the straps to hold up the curtain rods finished and hope next week it is warm enough to at least get those things done.

While I was still in the project mode I also got my first big clean done in my house.   The two spare rooms had been just collecting crap all Summer and nothing was put away.   So first one on the agenda was the dog room/parrot bedroom.   Lots into the trash and lots organized and honestly - it feels SOOOO good!   Two piles of trash yet to go out sitting there but what a difference. 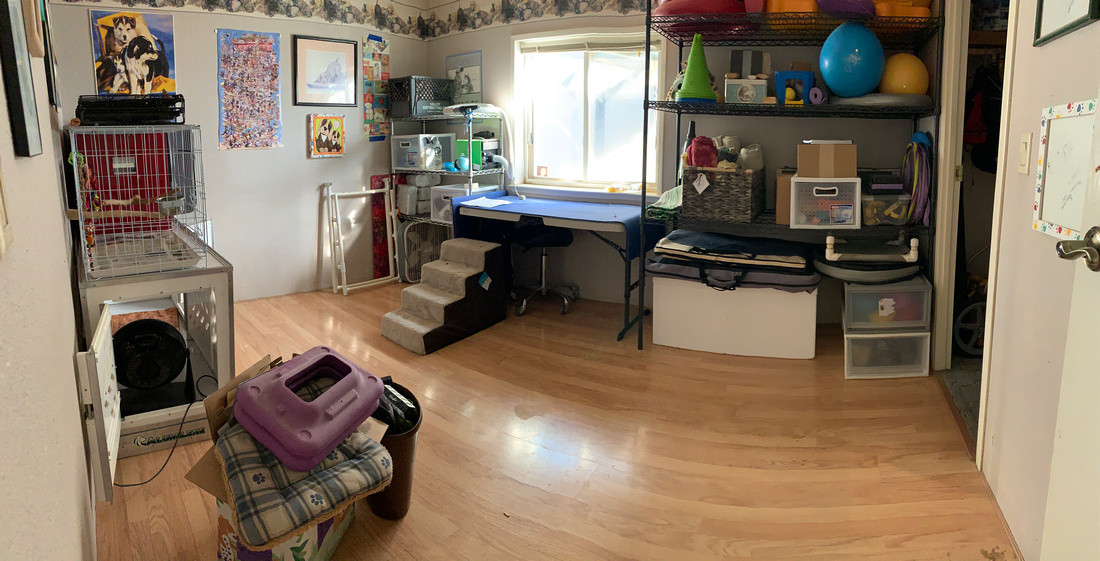 Things  at my job are really busy right now so these projects are really nice to have as a distraction.   So I'm not spinning data analytics stuff in my head constantly!   All said progress is being made but this week, while hole up in the house now for a week, most of the work has been shoveling snow! 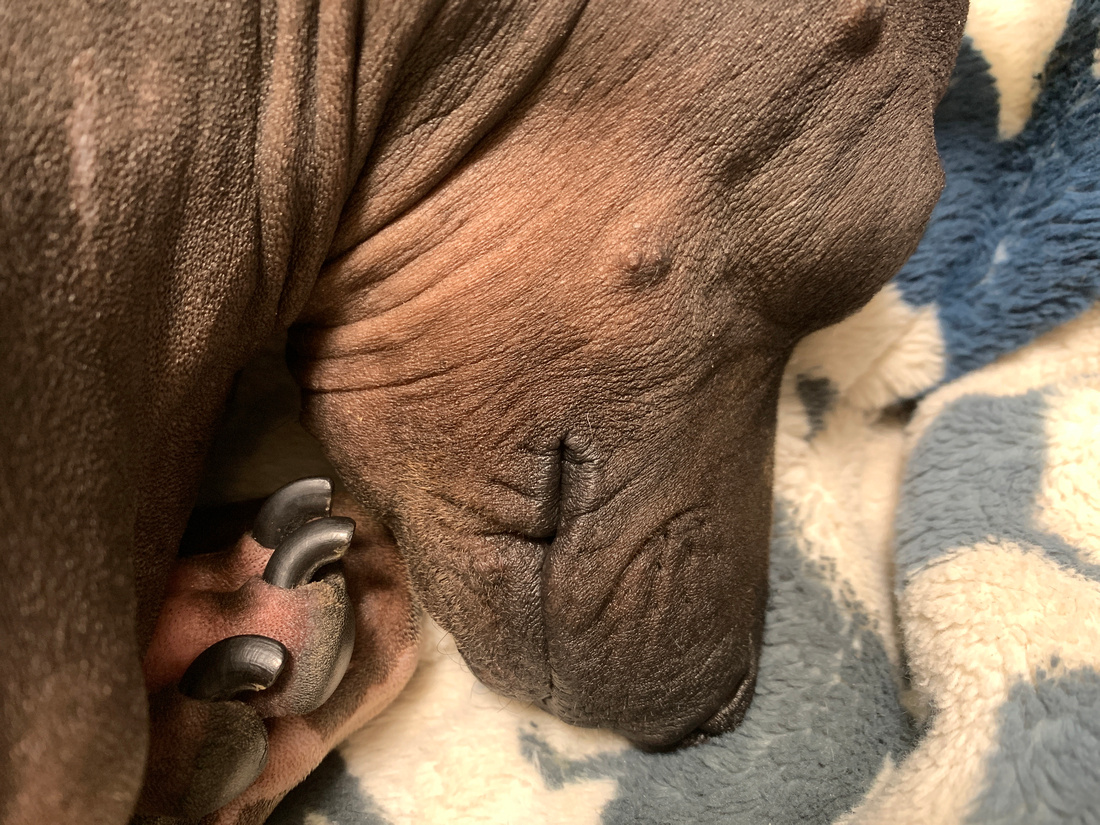 So I'll leave you with a few of the Fall shots I got at the place where Sterling gets his acupuncture.   It is up in the mansion district of town with lots of great trees.    Enjoy! 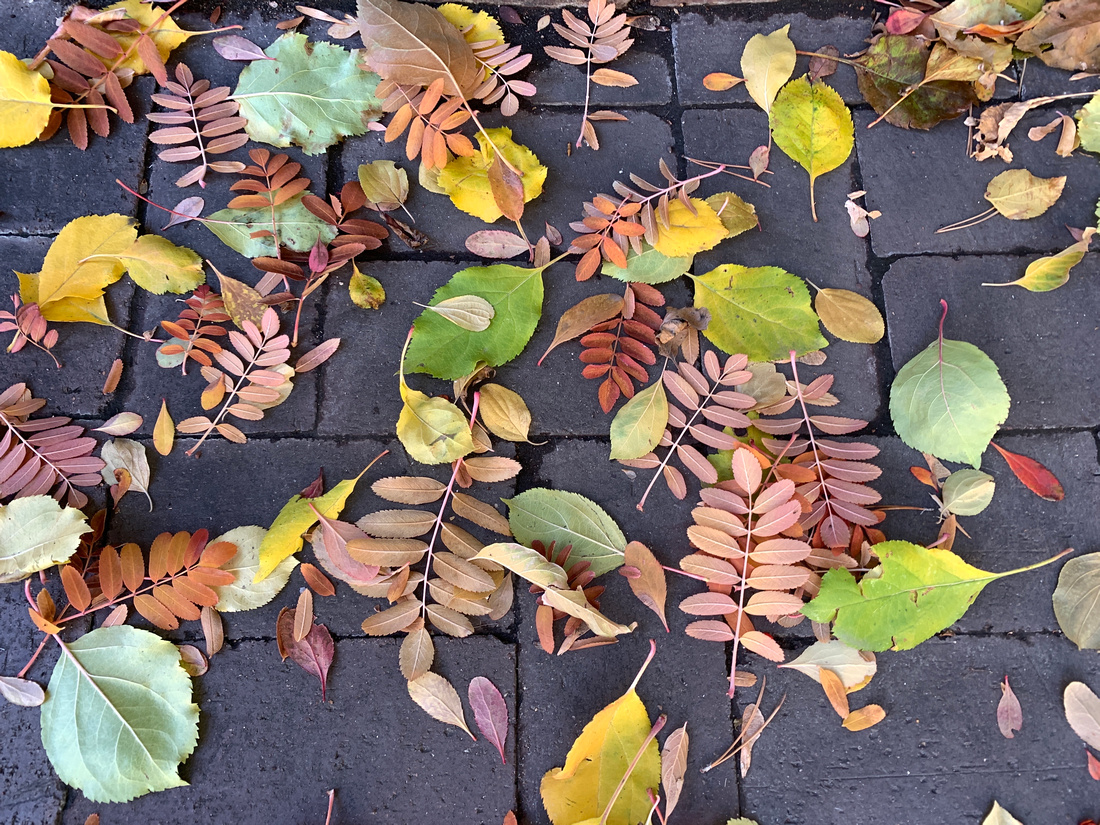 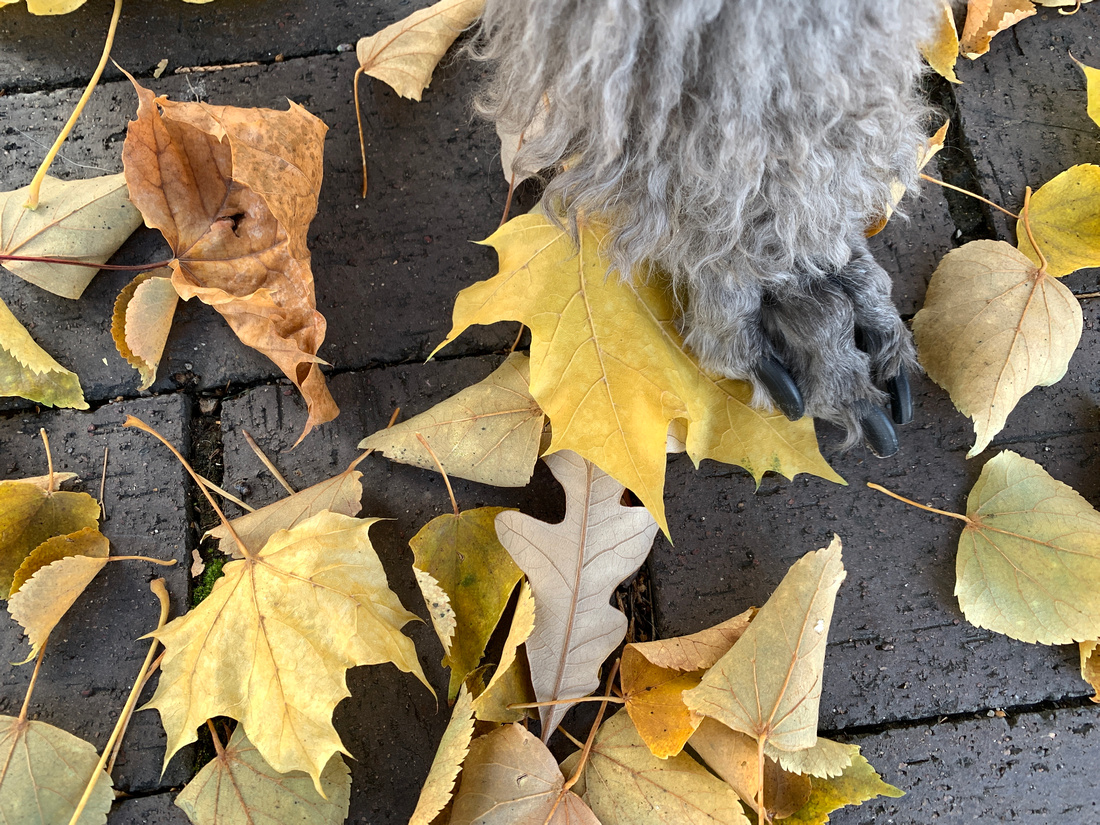 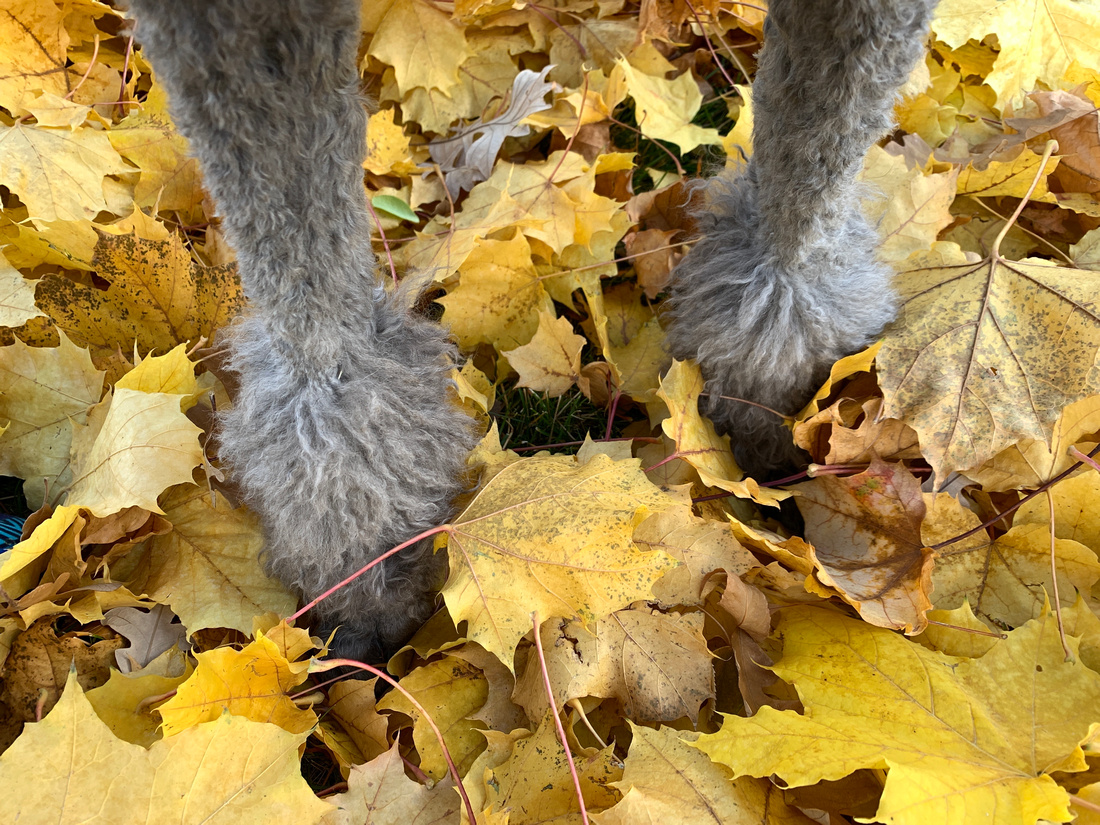 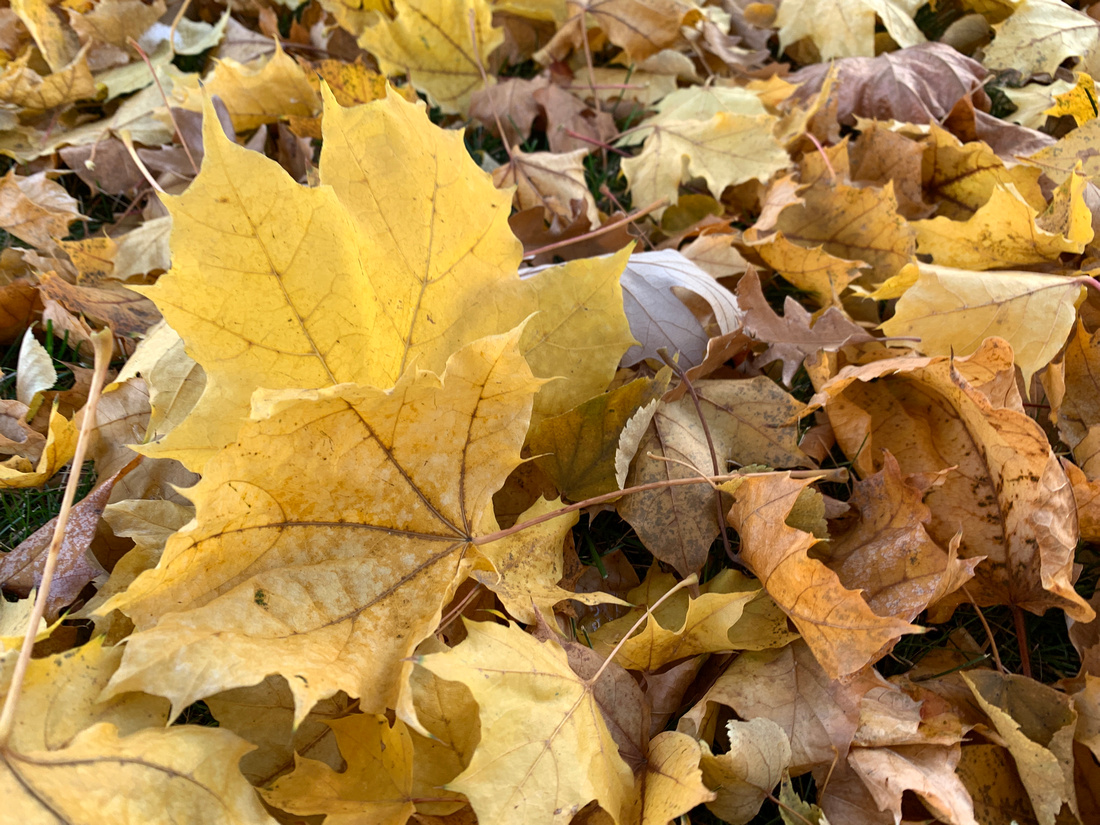