Honestly folks I think I'm just going to put the publish date in these titles and try to then catch you up from the previous post!   It's summer and not only am I busy but my creative genes are all going to things other then titles for blogs - haha.

The week has been busy of course with work and summer stuff.   My main objective for the week was to get mowing done.  I almost did between rain storms (but the back isn't done yet).   It took me 2 days on the rider, plus of course the lawn push mowing.   Of course I got my gas for the rider and then discovered that the battery was dead.  Such fun - off to town again for that as we were on like 2-3 days of no rain.   As I was mowing the hood of my 25 year old mower fell apart so in between I had to get that fixed up.   Always something but man I LOVE that old mower!   I have to say 25 years of not being at all treated with "tender loving care" it still fires up for me each year thanks to my brother who helps me maintain it each summer.

I was also blessed to be able to have coffee with a friend I've not had a chance to just visit with in YEARS!   i looked forward to it all week and it made my Friday.

Since I had a "long" weekend off work I of course had my list of to-dos.  Mowing was #1 and one of the other items was to get the framing up for the bird netting of the rest of the back yard (didn't get the clothes line back up yet though).   I had ordered netting but opened it up to discover it was too small (would have netted small song birds) and it was just awful so I have new netting coming (because of course I can't remember where I ordered my other net from.  Dang though PVC has gotten so expensive!   I did end up piecing together using some of my leftovers behind the garage and with parts that I already had (because the stores  didn't have all the right connectors either).   So looking forward to being able to use the whole yard again.  Thanks to my friend Robin for popping over for a visit and helping me get those top bars in and holding the ladder to get the eye screws in the house. 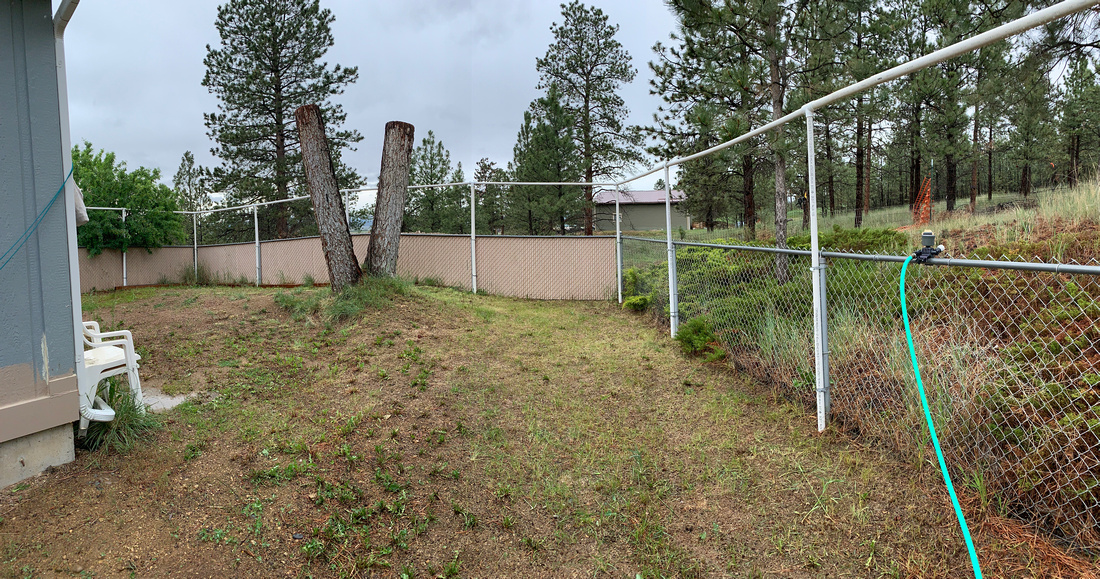 Our weather has been "bipolar" I swear.  The first of the week I was running the furnace, the  end of the week I was debating putting the a/c in!   Today (Monday) had to run the furnace again this morning to take the chill off (and I'm not a warmer is better person).   The two hotter days were sun bathing days and the dogs and the parrot spent most of the days outside. 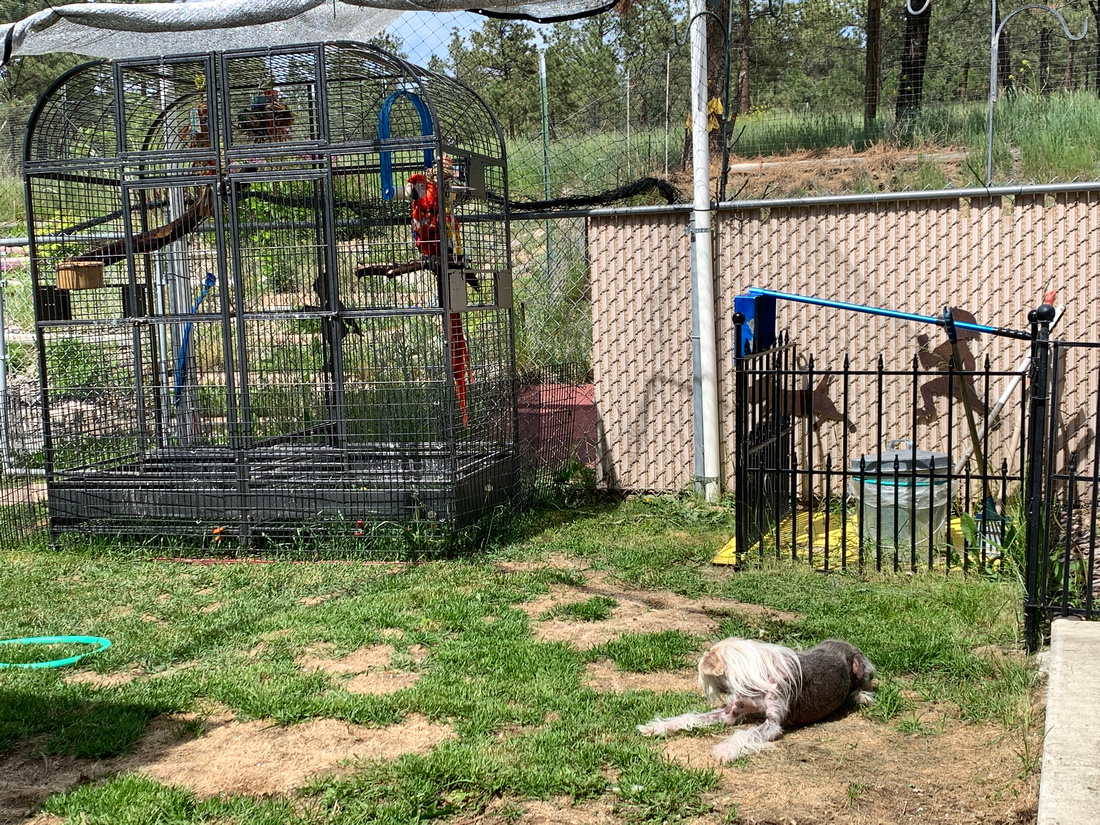 With the two big projects done I had a few more tweeks to do to Iago's RV cage (I wanted it bolted down to the table I have it on, so that was done and since I really didn't have time to do much work with her during the week, once that was finished it was time to introduce her to the trailer and cage AND that involved also getting her in her carry crate and taking it out to the trailer (good practice).  She did really good but honestly by the time she was back in the house she was over the whole bit.   Not sure yet but think she'll ride in the 'vet crate' and hang in the RV cage then when we are parked.  We'll see how it works out (bribing with pine nuts and walnuts helps). 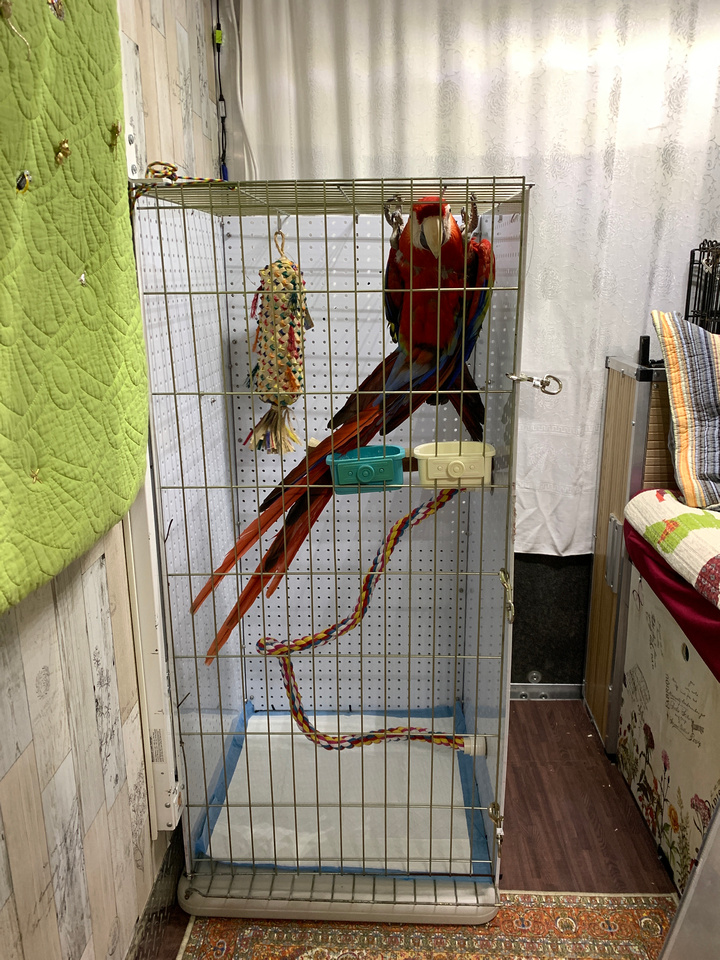 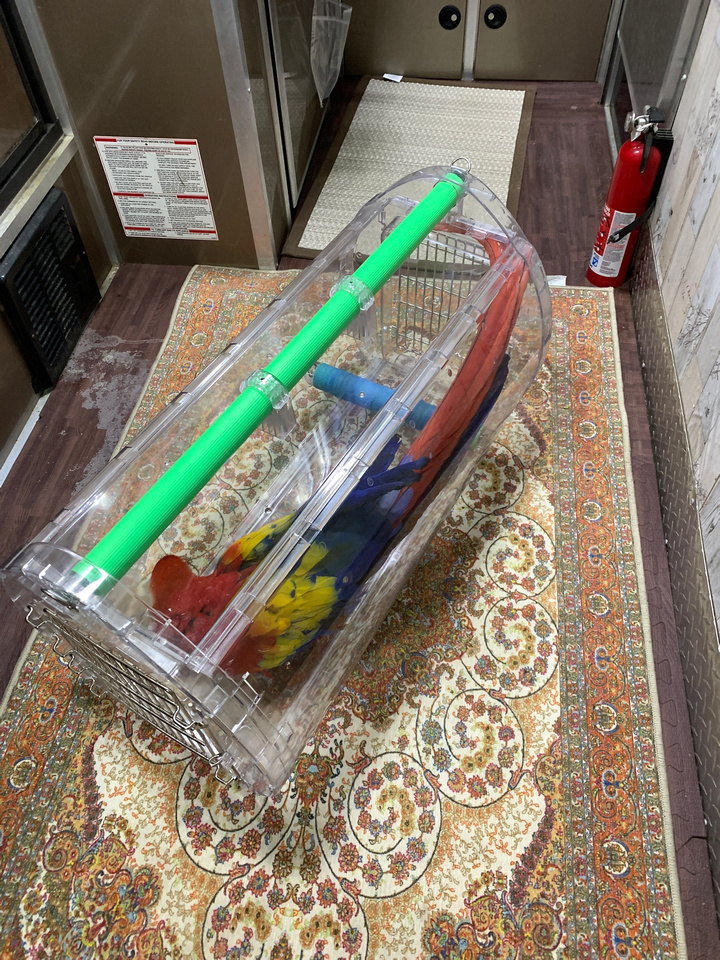 You know she isn't ever going to be a cuddly warm super friendly parrot so my promise to her is that if she just stays flexible and trust that I won't put her in danger that I won't go off "expecting more".

So really that has been about all for the week.  Thought I'd leave you with some photos of my big hybrid iris that are now really starting to show off.  I didn't get one in here of the yellow/purple one but it bloomed literally the night after I took these.   My hostas are also really starting to get going and my lilacs out back are blooming like mad and oh my gosh how I love the smell they are sending down into the back yard! 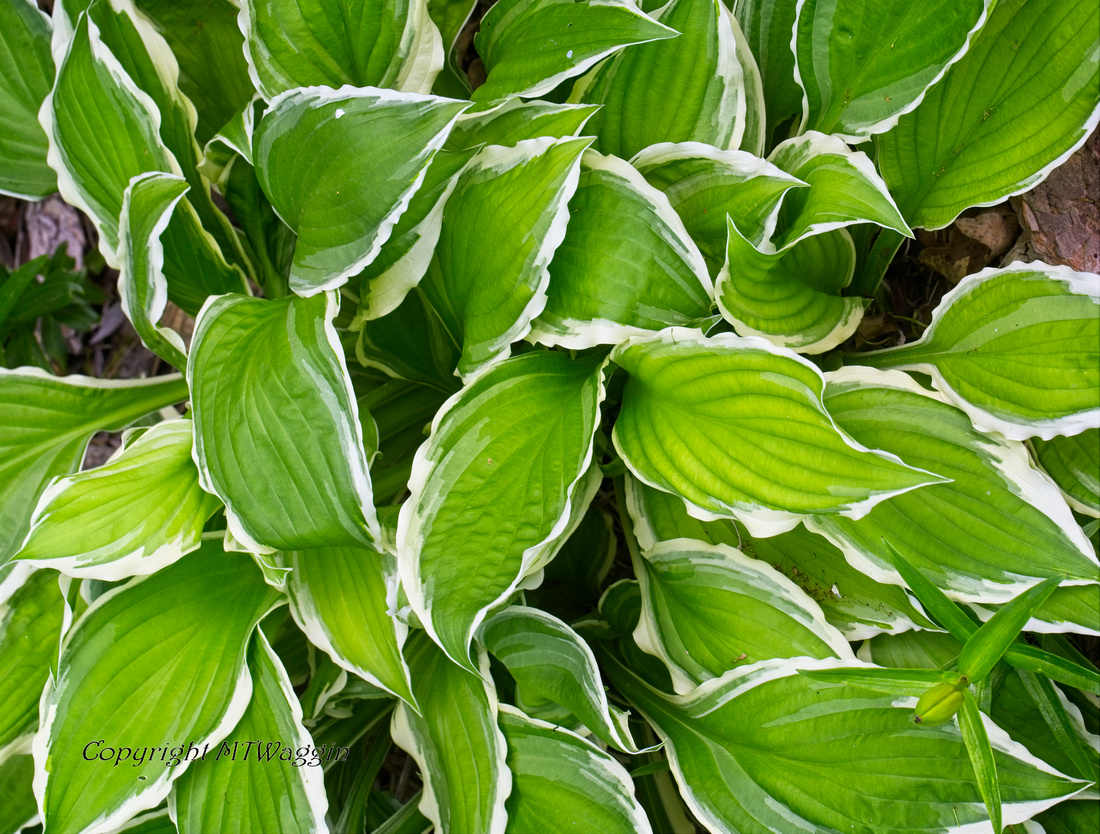 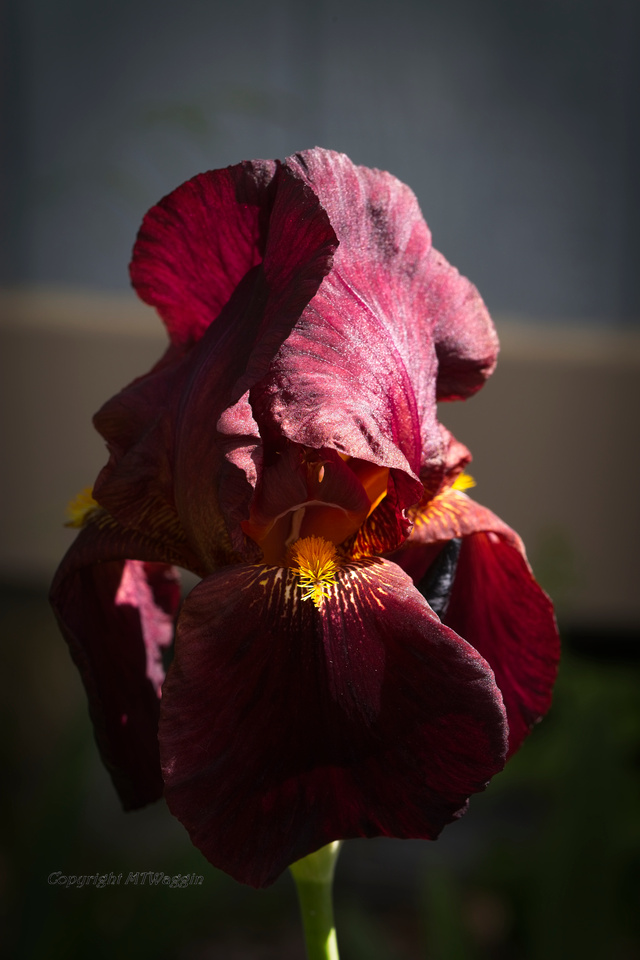 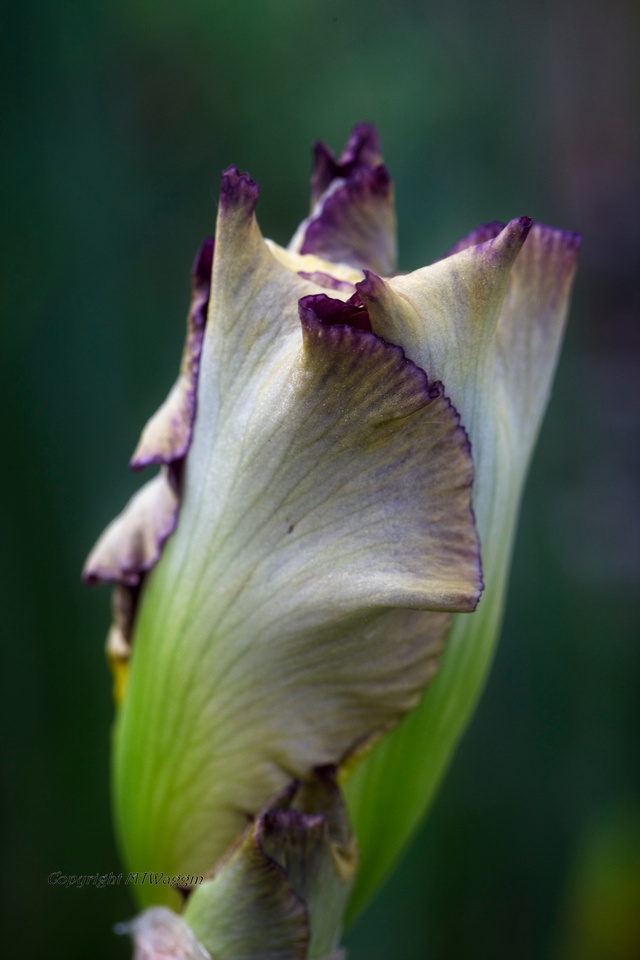 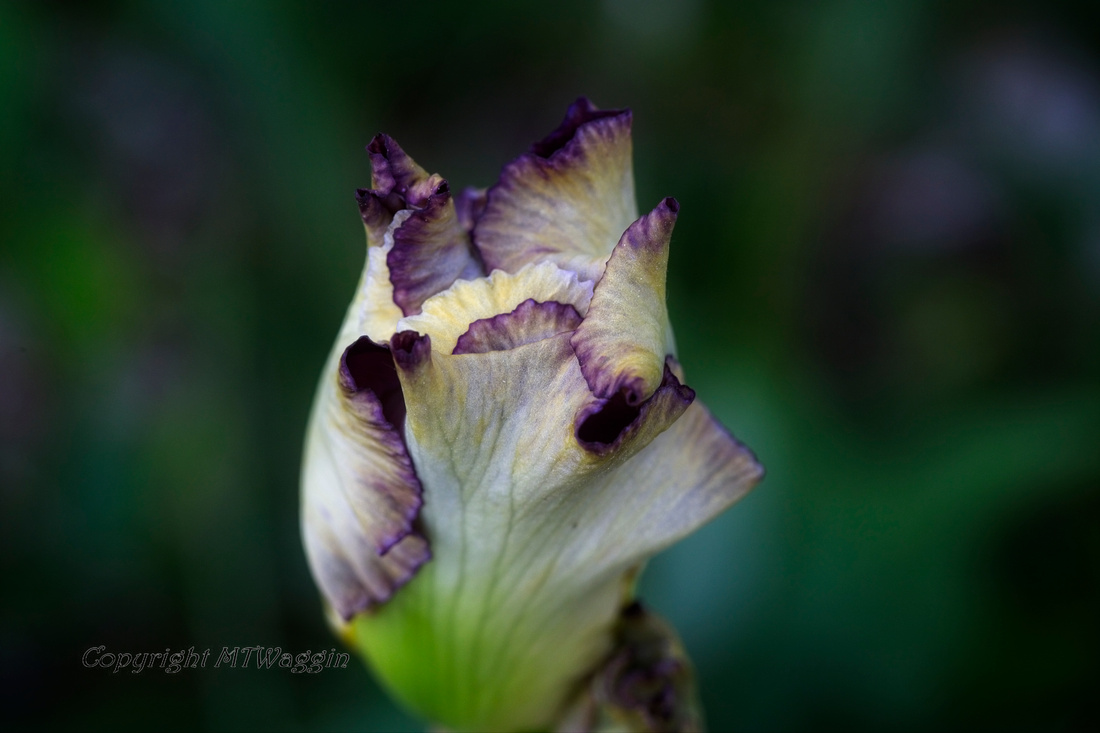 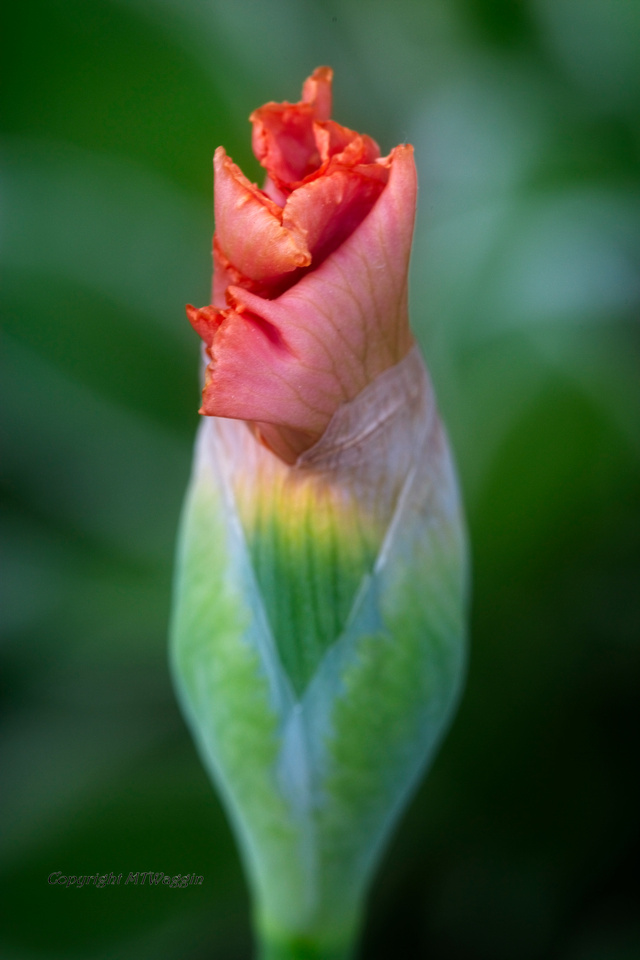 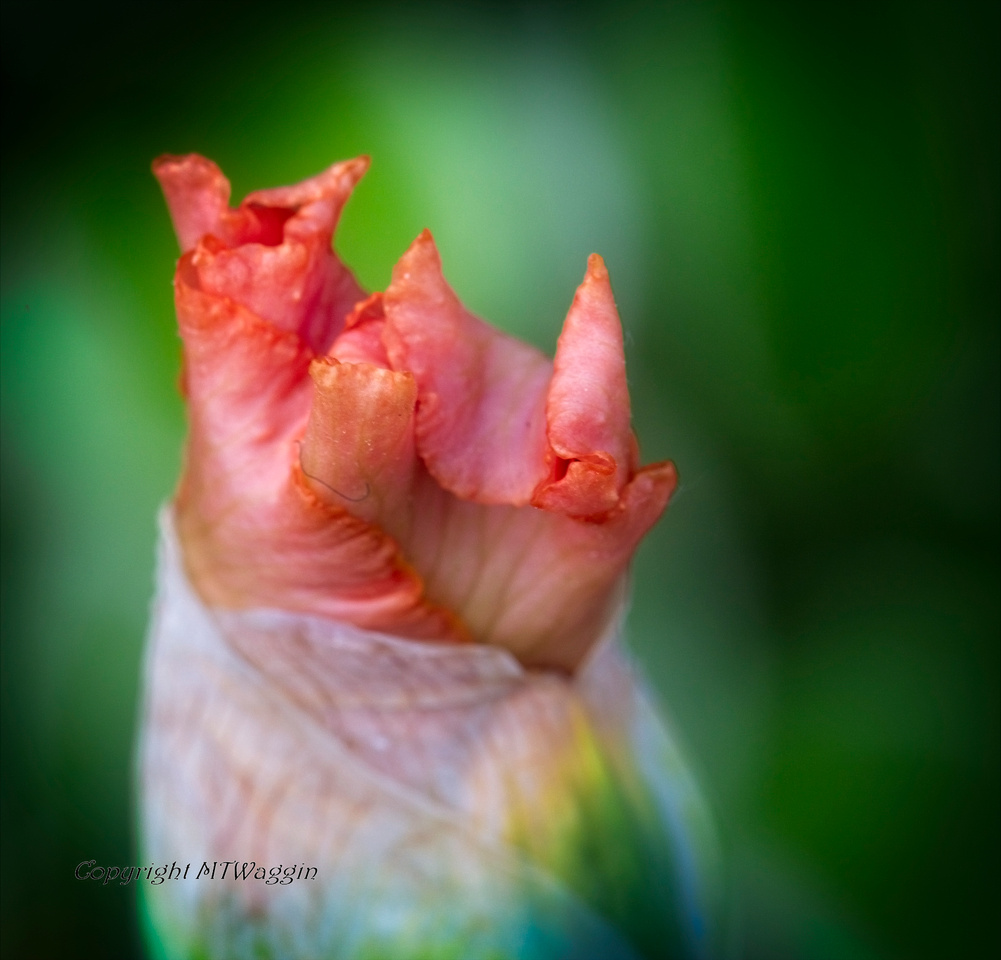 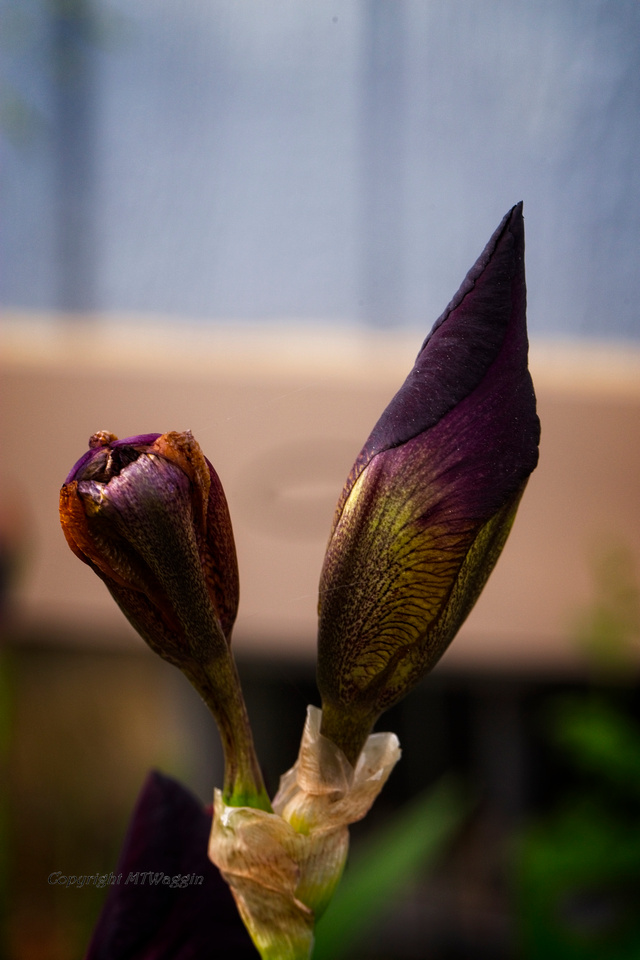 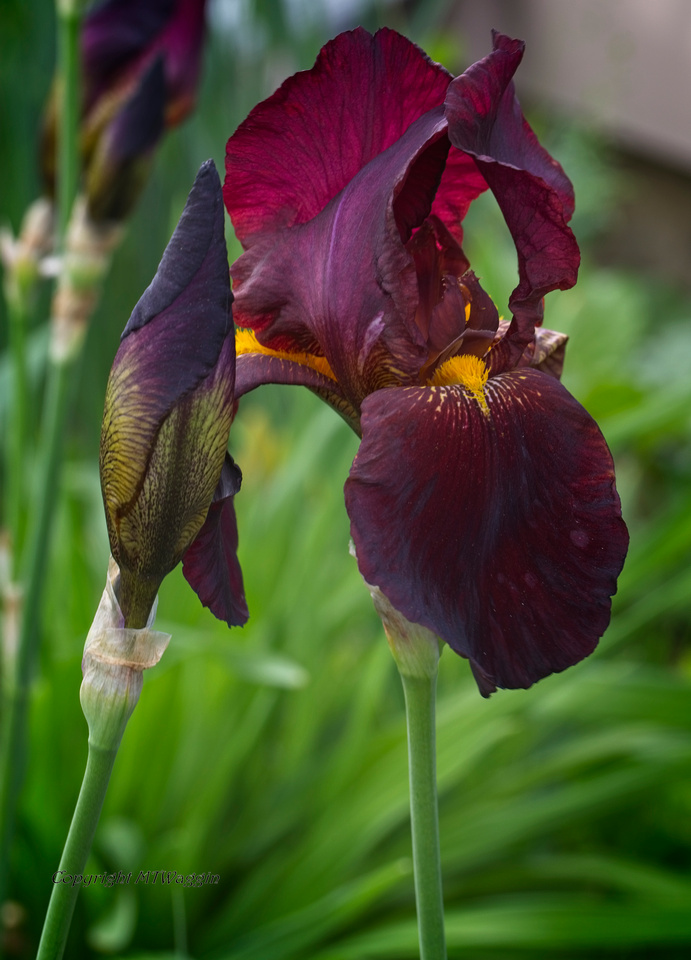 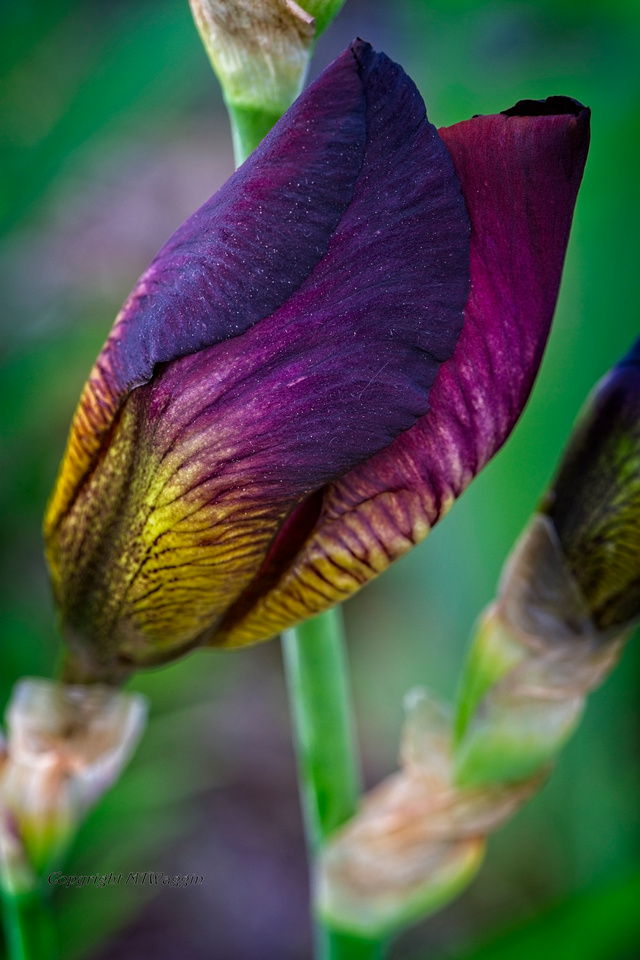 Going to be another busy week at work - but kinda looking forward to the 3 days of just a single focus item.   Short week this week and short week the next two weeks including a new  type of dog event at a friend's place that I'll plan to take photos at as well (Iago's maiden voyage too).