I cannot believe we are through June already!   Eeeks!   After the craziness at work of last week I was so happy that I had plans for only working one day this week.  Instead I decided escape was the answer and escape I did!

I took off Monday night after work and headed to a friend's ranch about 3 hours from here for a few days of doggie games and just kicking back and relaxing.   I had signed up Thing 1 (Josie) and Thing 2 (Oliver) to participate in a workshop for NASDA (North American Sport Dog Association) and have about 3 tries at finding rats (safely in box cages) that were hidden.   I was hedging my bets thinking that if they were going to be interested in any of the 3 events held it would be rats (the others were finding personal items and hunting for shed antlers). 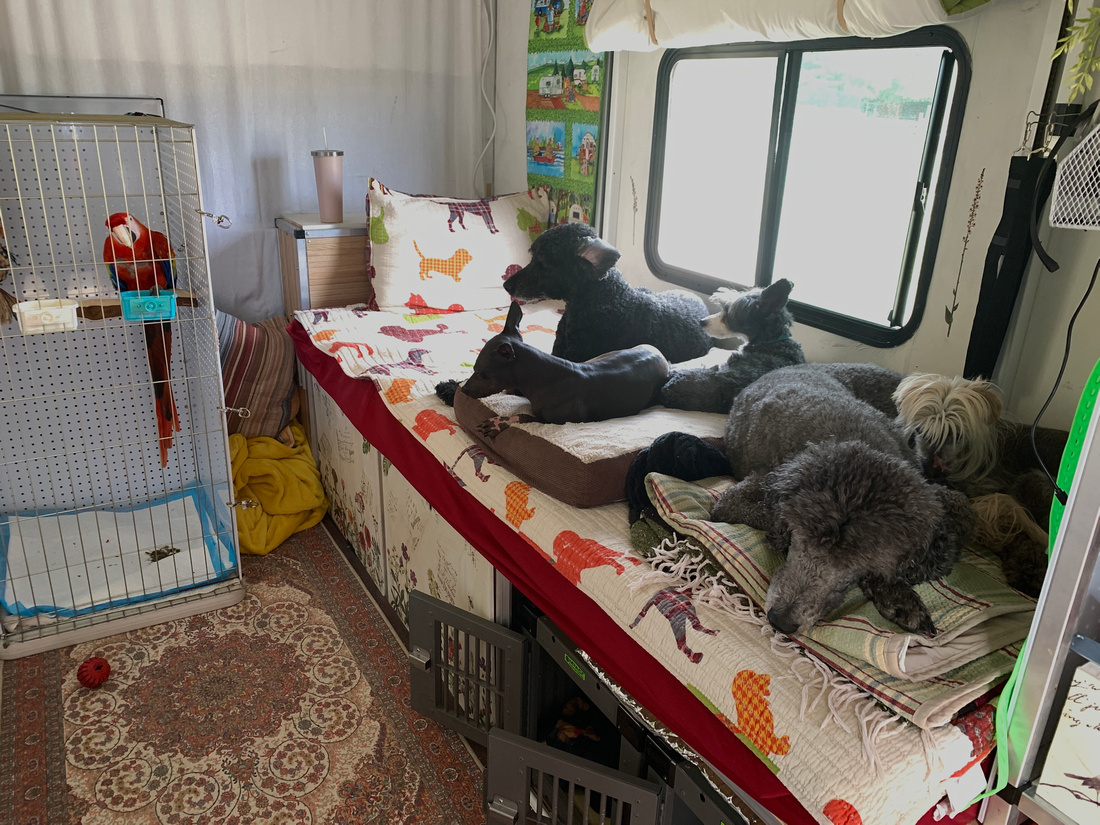 Yup we even loaded up Iago and took her on her first camping trip.   She road in her acrylic carrier (remember those training  sessions in an earlier post) and although it took me quite a while to get her in to leave we got it figured out by the time we came home.    It was strapped on the end of the bed over the wheels to eliminate bounce and then when we arrived she went in her camping cage.   Yes I did discover I need to do some tweeking to that but the travel crate worked well and I was able to use my sensor thermometer to monitor the temps back there as we traveled.

We boondocked without hook ups out in my friend's pasture and I was so thankful for having brought the generator (only way to run the air conditioner) and extra gas.    I also discovered we still haven't fixed the trailer furnace - well we have but it doesn't work for cold MT nights.   More to work on there.

We had a lovely view and we had some SHOCKING weather.   It's MT and it is June and the thunderstorms that came through 2 evenings were no joke!   Thunder, lightening, dumping rain, driving wind and hail.   I was so happy I wasn't parked broadside to the wind (thank god) and that I had earlier put down the back stabilizer jacks (we were still hooked up to the truck).  I also saw the worst one coming so had stuffed things  under the trailer, closed up the truck topper and rolled in the awning.   It was a harrowing 30 minutes for sure and the temps dropped 20 degrees in 10 minutes flat. 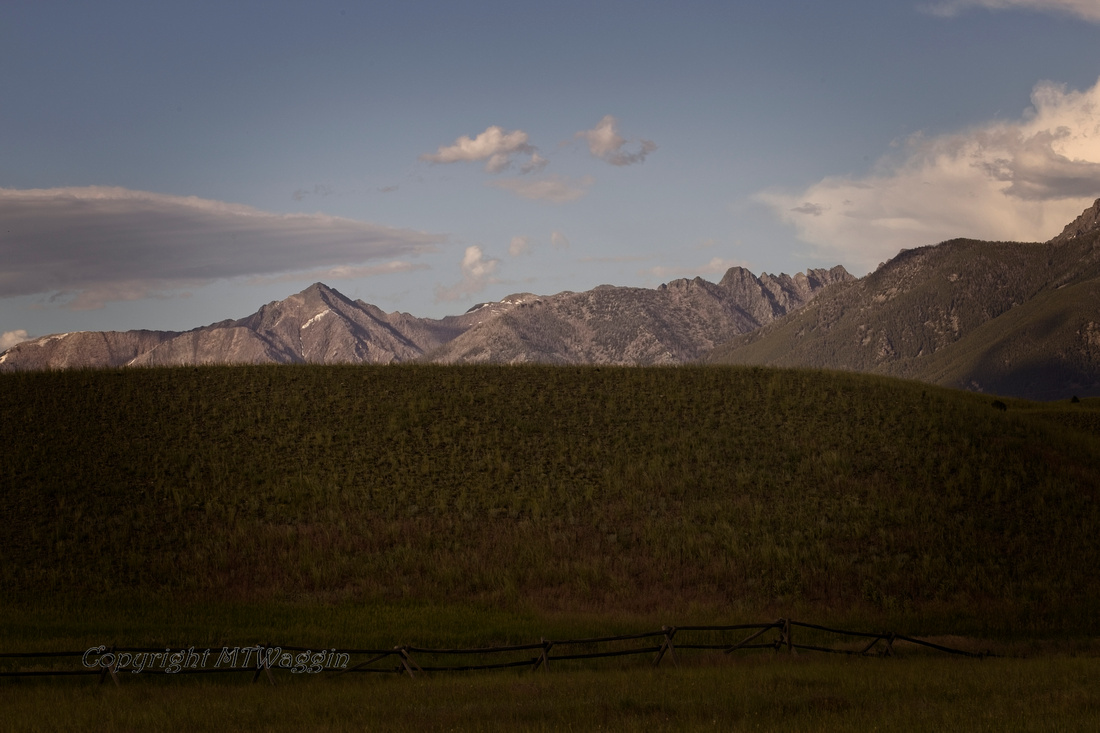 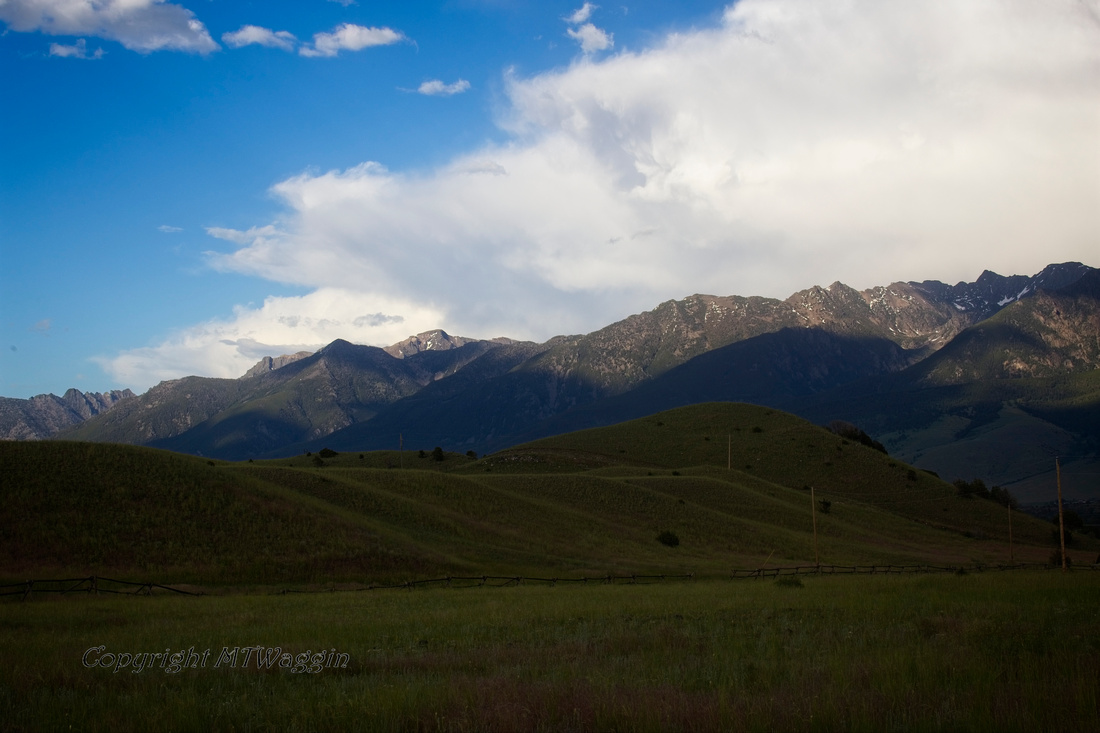 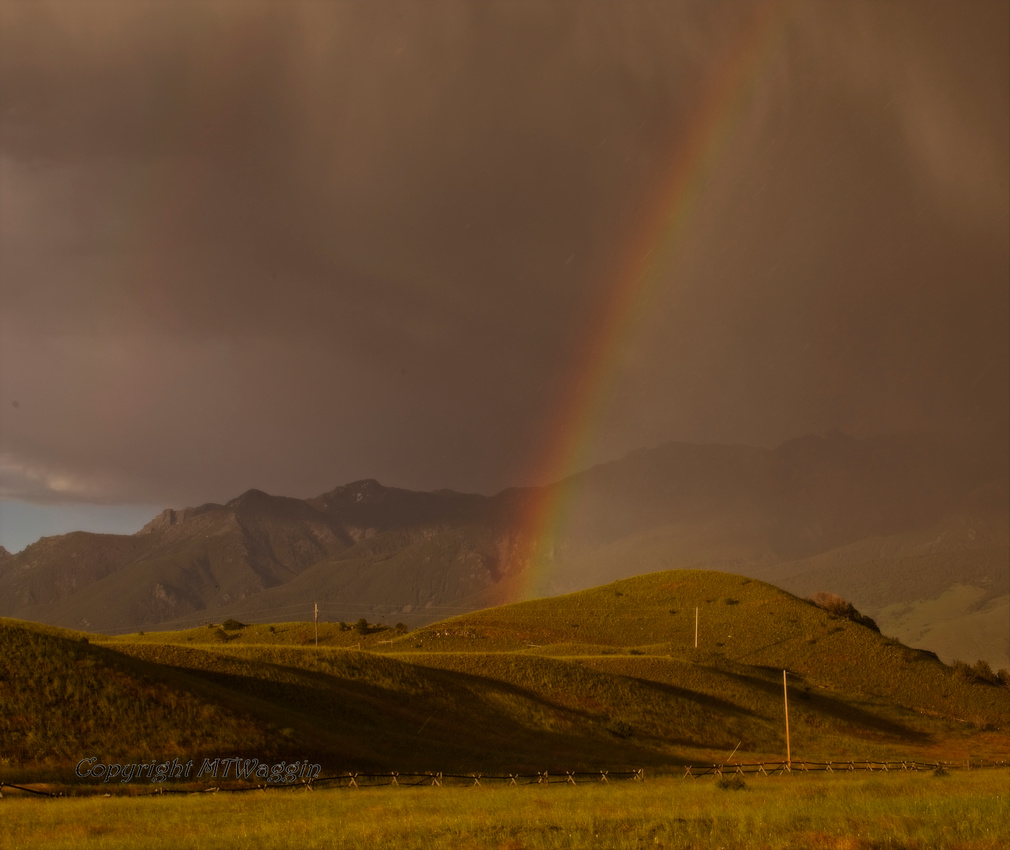 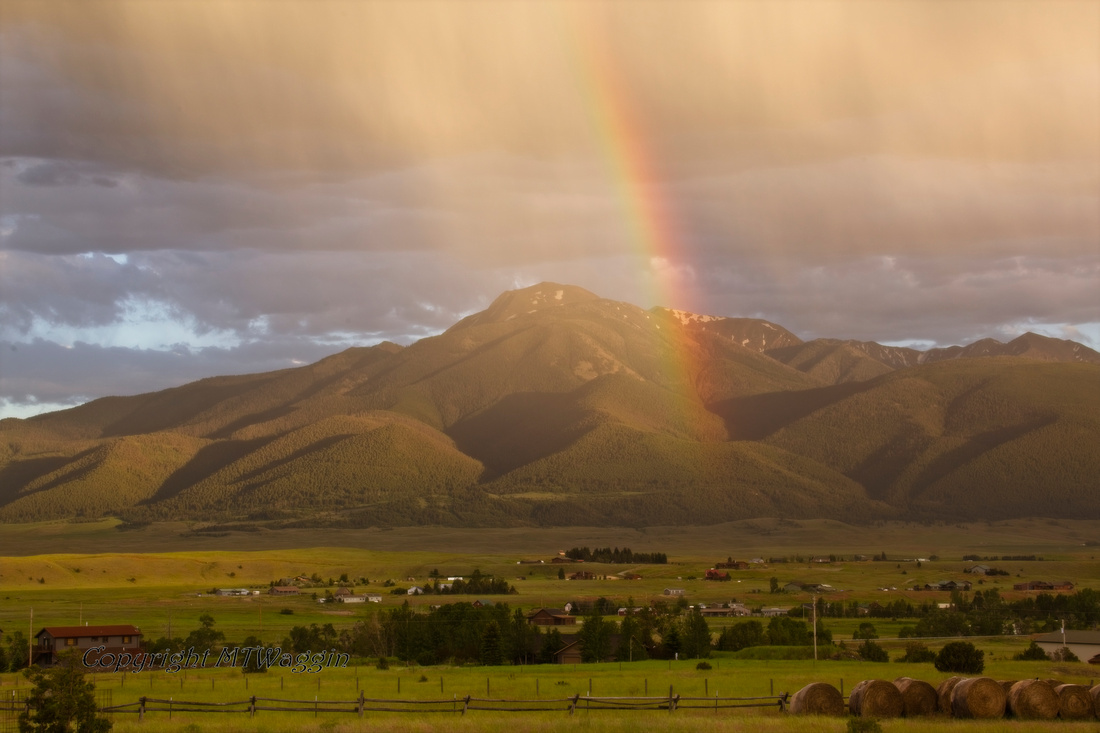 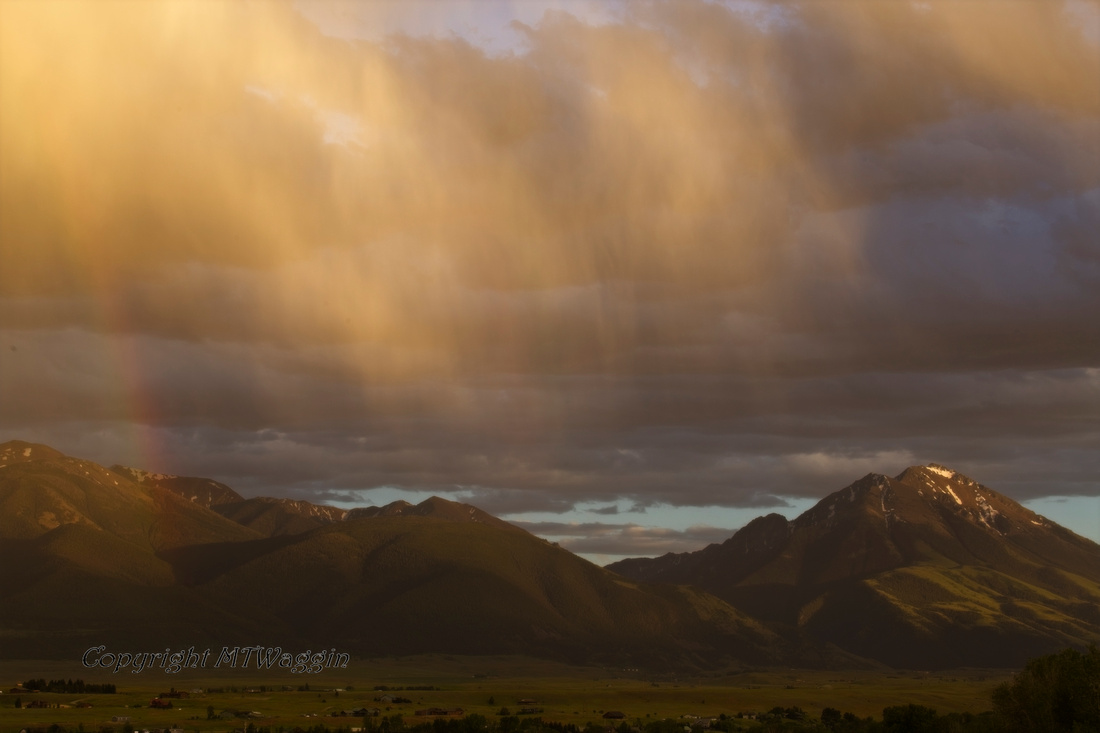 Still the views were pretty spectacular as you can see.    On to the dog sports.....

Tuesday we had  some fun games seeing what all the dogs (mine and my friend's dogs) might be interested in.  She and her husband have such a lovely place and a green area around their home that is fantastic (Epic wants to be adopted as they have a pond and a creek). 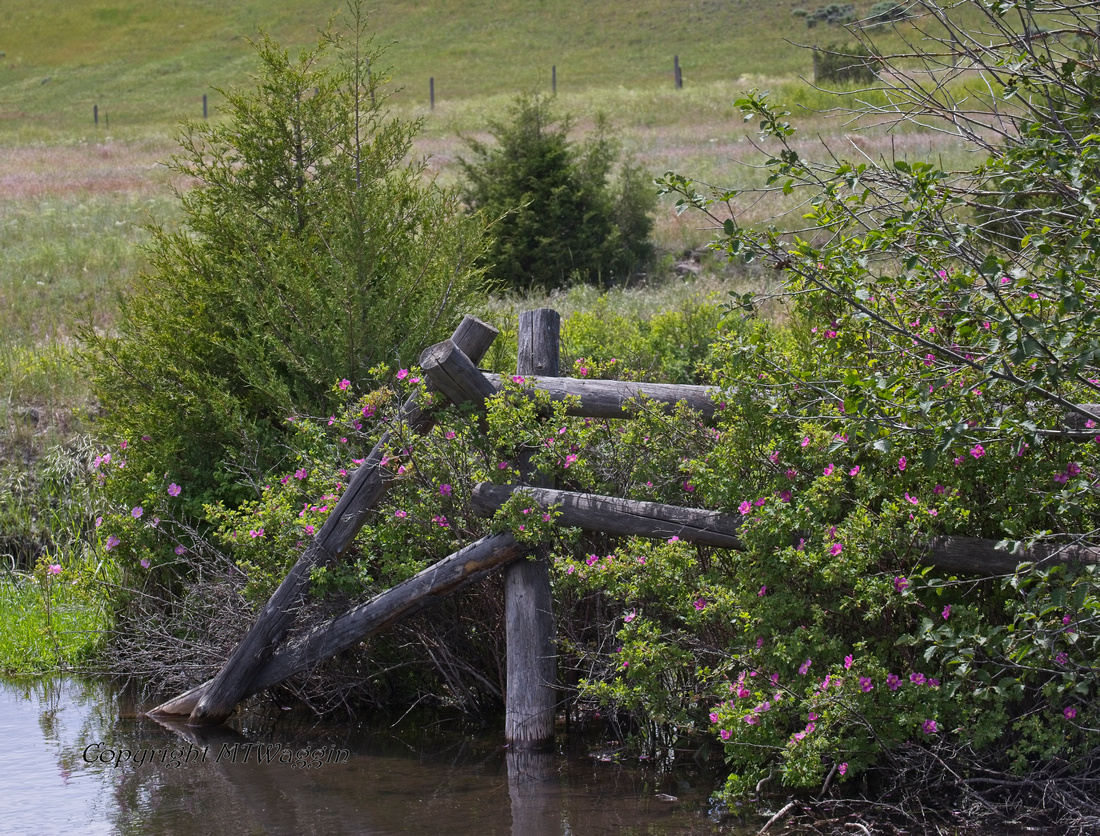 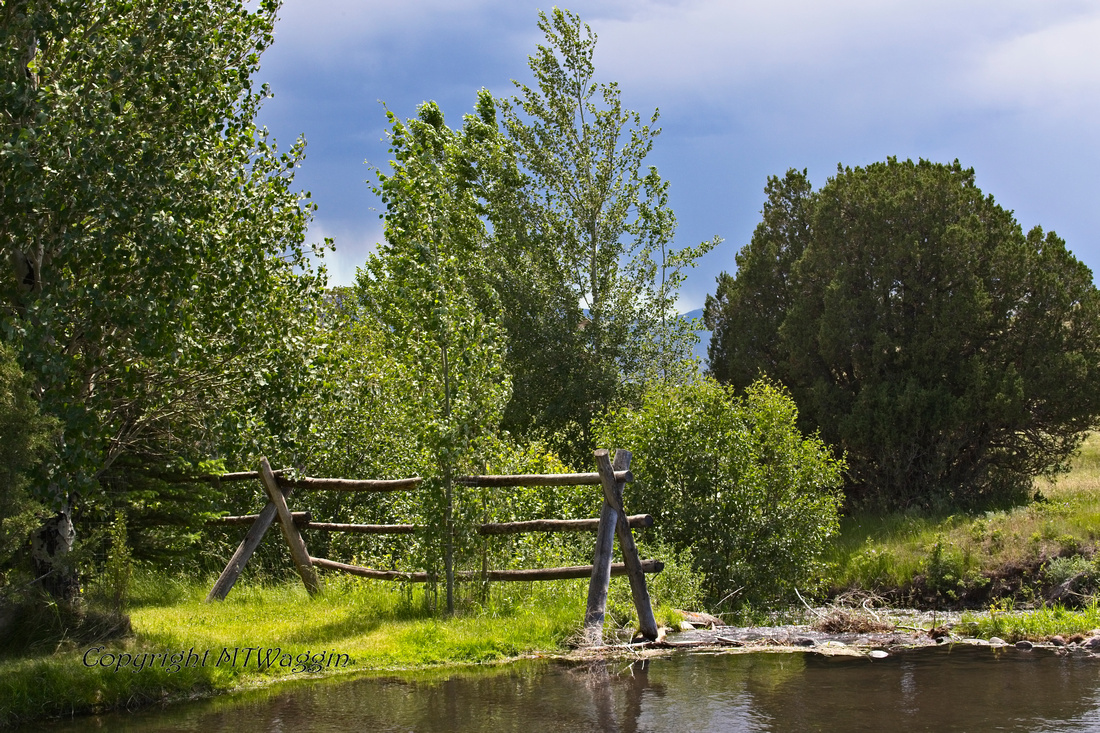 Josie and Oliver took a go at finding my personal items (not tracking me - finding them where someone else placed them).   Both kinda got it.  On to antlers....they were less interested.   It was great as we were throwing them but neither were interested enough to even pick em up.  I'm calling that a fail.   Lastly we did rats.  We tried them together initially and while they were somewhat curious and Josie definitely "got how to find em" nothing like the Cesky Terriers.  Still there was enough that I was okay with practicing during our trials Thursday.   Just for fun I took Epic out while we still had a rat box out to track.   Epic is VERY visual and I just didn't even think this would interest him.  Well I had him on leash and as the rat box dragged on the ground his nose snapped down and he followed it so I turned him loose.  Well, as he does with his ball and being Epic, he definitely went and found the box but did it as a "drive by" not actually stopping to indicate the box.  THEN he saw the pond and he was done with rats!   I was very surprised (remember we are trying to find him new outlets with his injury diagnosis) and well, maybe we'll try something "nosey" with him too.

I don't have any photos of my dogs working but both Josie and Oliver went 1 out of 3 in their finds of rats during the trial.   It was fine.   Is this THEIR game - ummmmm not sure.  I do believe Josie gets it but as with everything I've done with her, she isn't convinced that cookies or praise makes it worthwhile.   She would really rather track the rabbit that crosses the course than indicate the rat, but she IS nosey.   Oliver is a different story.  While I would have thought some of his rat terrier instinct would kick in, it really didn't.   He was very very timid even going up to the box to sniff the rat/litter, almost scared and no convincing was going to change that.   He scented the 2 rats but he didn't actually indicate them - kind of like "oh yeah I smell it, it's  over there somewhere" and then was done.   The HUNT wasn't really his deal and I'm not convinced he wasn't also following Josie's scent.

All is not lost though as I learn every time I work with my dogs and in situations where they are in a new environment and asked to do new things, I learn more about them.   Didn't get a lot of "new info" on Josie but a LOT on Oliver.   He's gotten this tendency the last year or so where he losses his shit AT things (like a high energy dog out hunting, or Epic chasing a ball while he is restrained).  What I did discover is that isn't him being terrier tough...it is him being fearful and it manifests with him barking and snapping and sometimes going after whoever (canine) is nearby - even his family.   So I was totally reading that wrong.   I also discovered that at this point - he gains all his confidence around new stuff from Josie.   Not surprising but now duly noted so he needs more alone time with Mom in new situations.   So there is a lot of words about a lot of stuff but pretty much sums it up.

Now on to some more photos.   My friend has Cesky Terriers and I brought my big camera so I could do photos of her dogs and them competing so here are some of those. 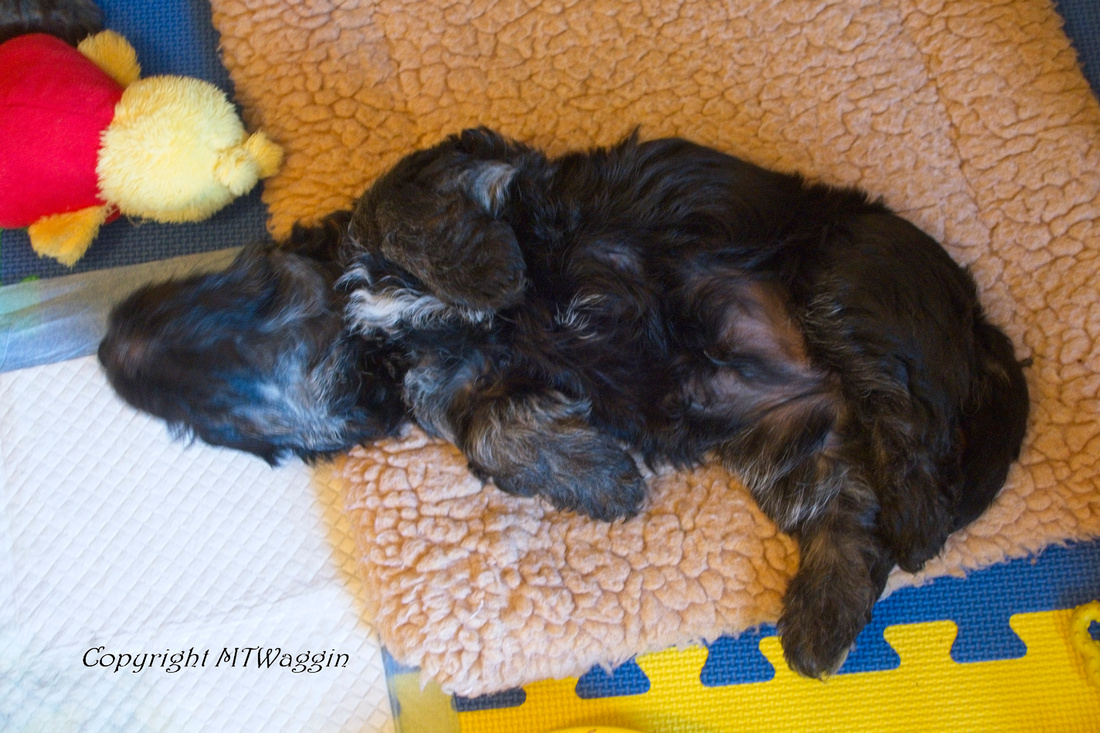 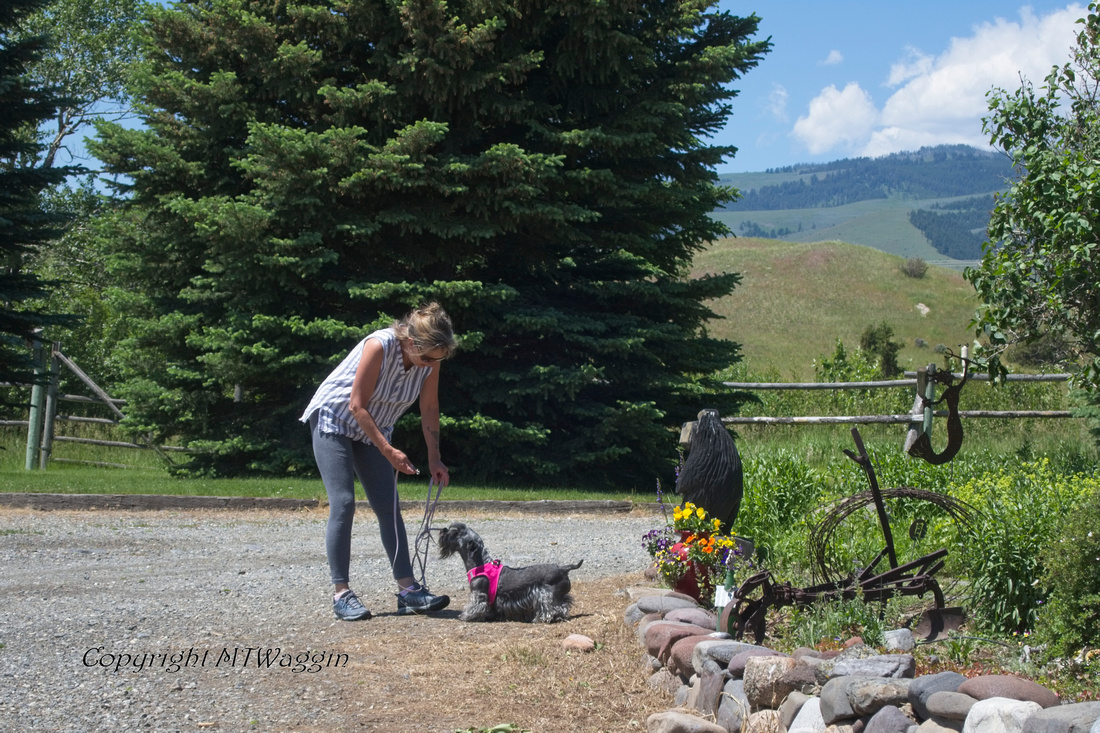 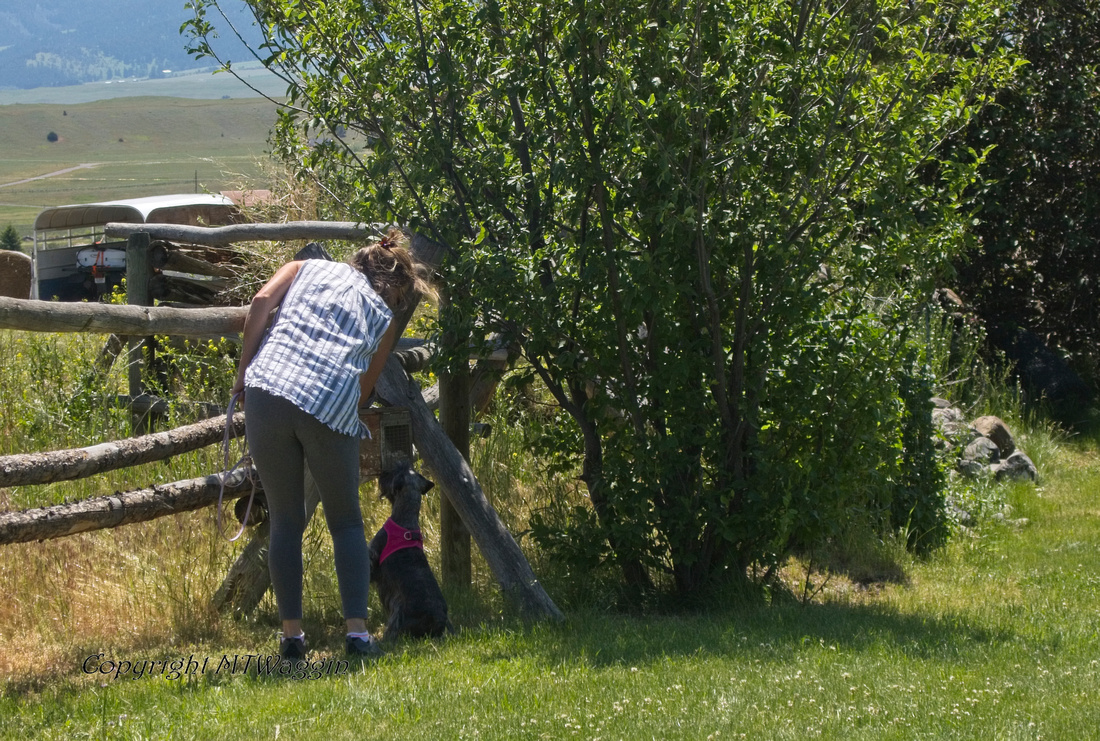 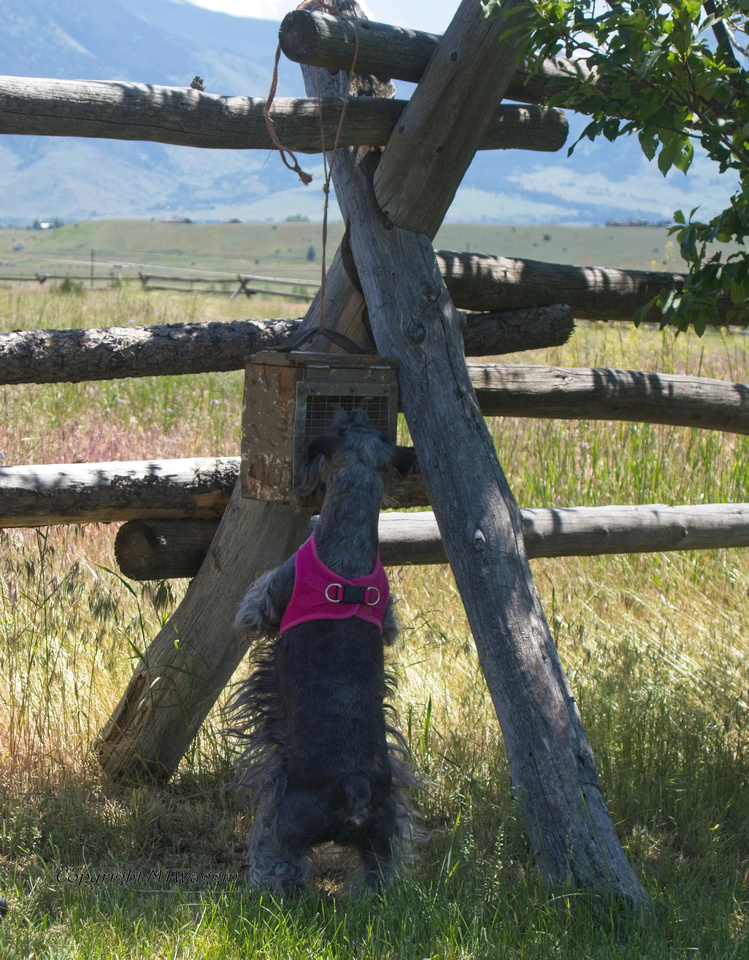 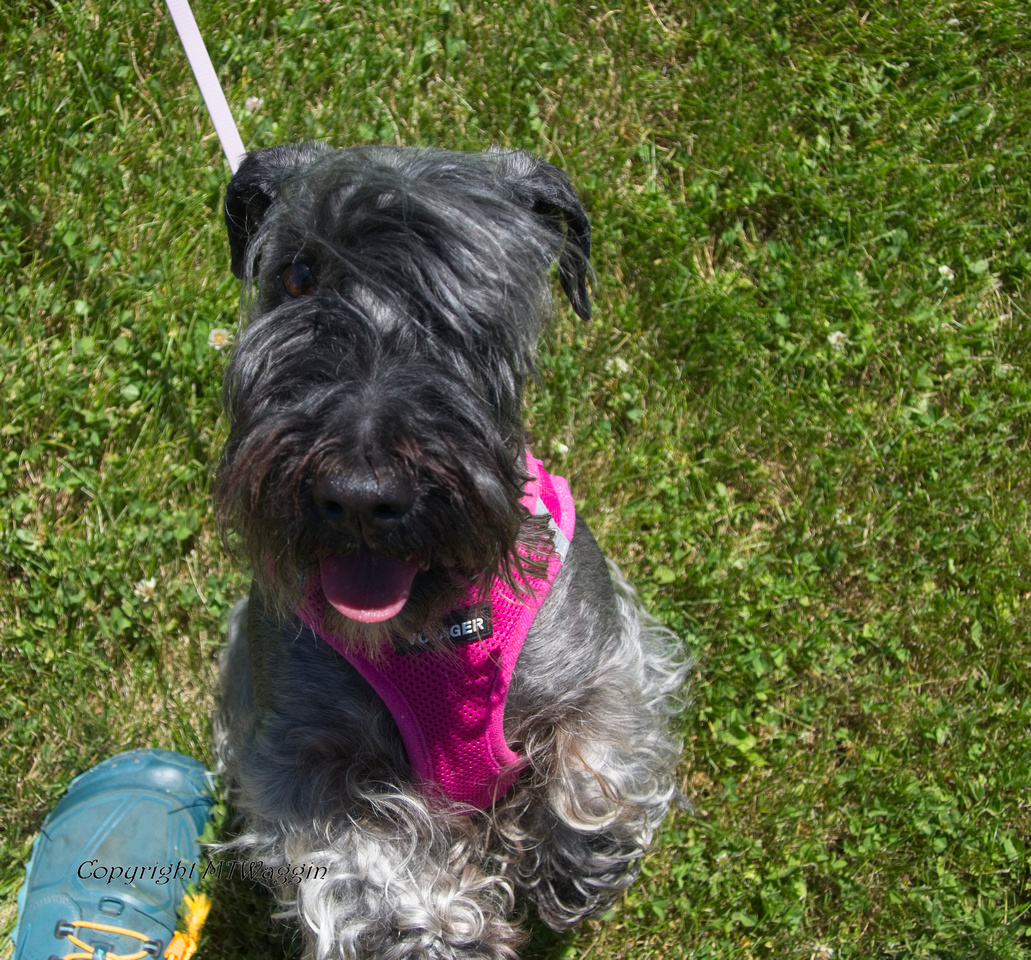 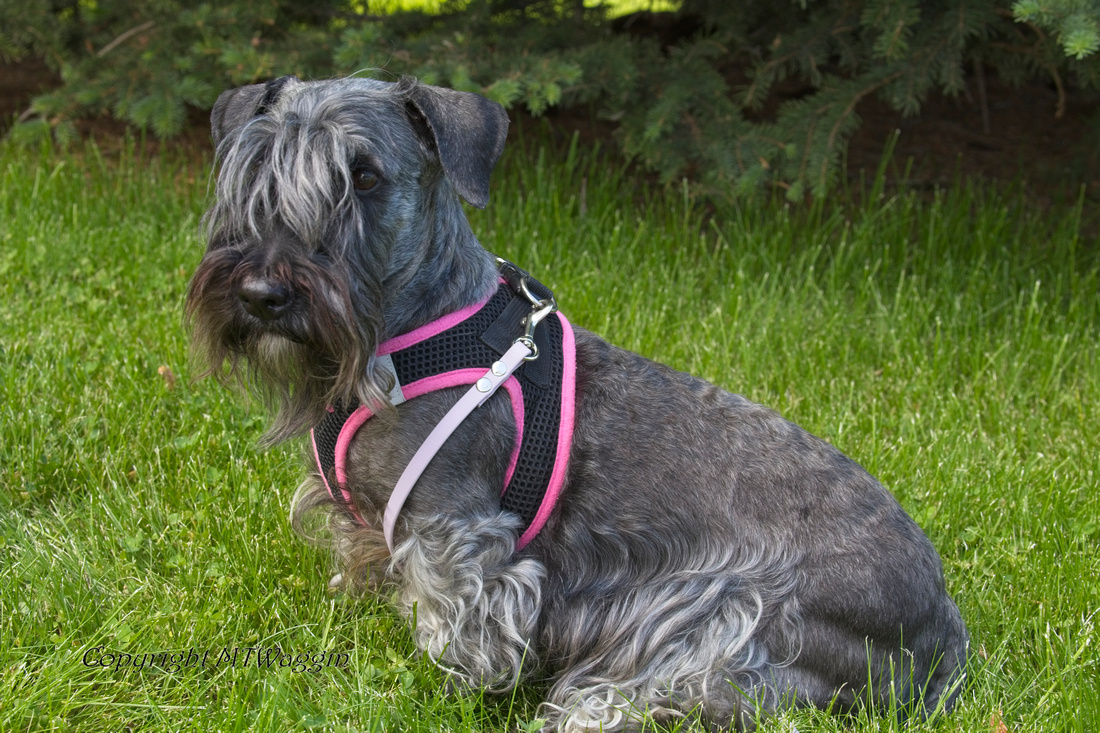 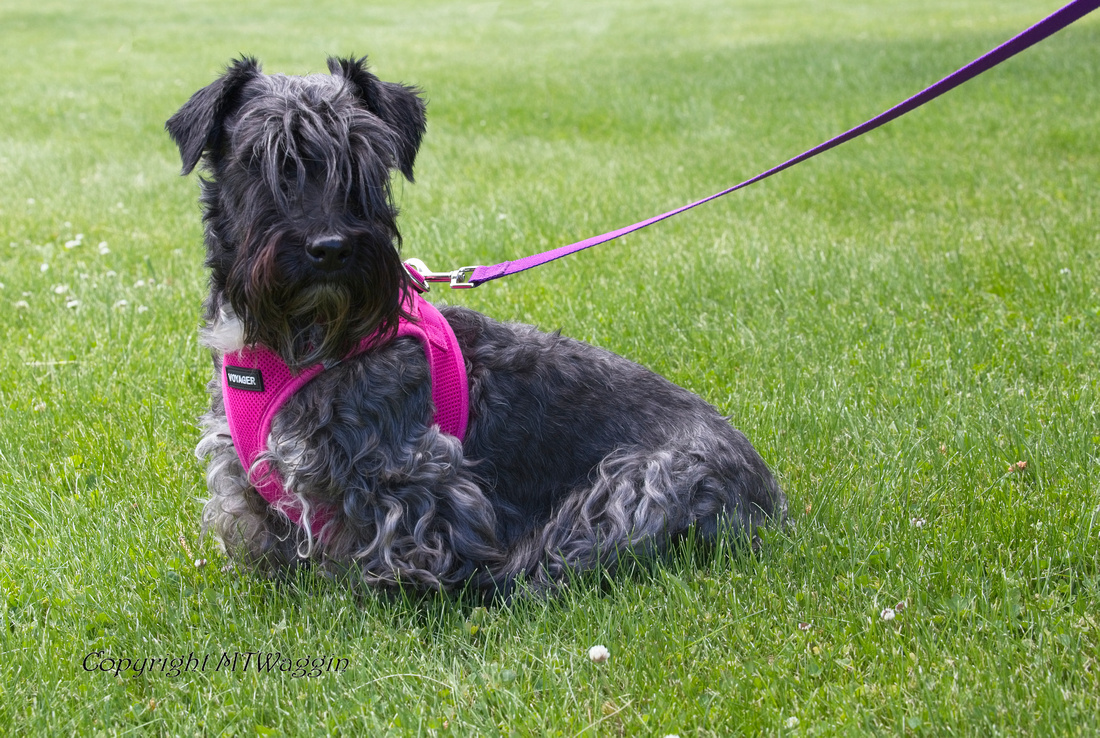 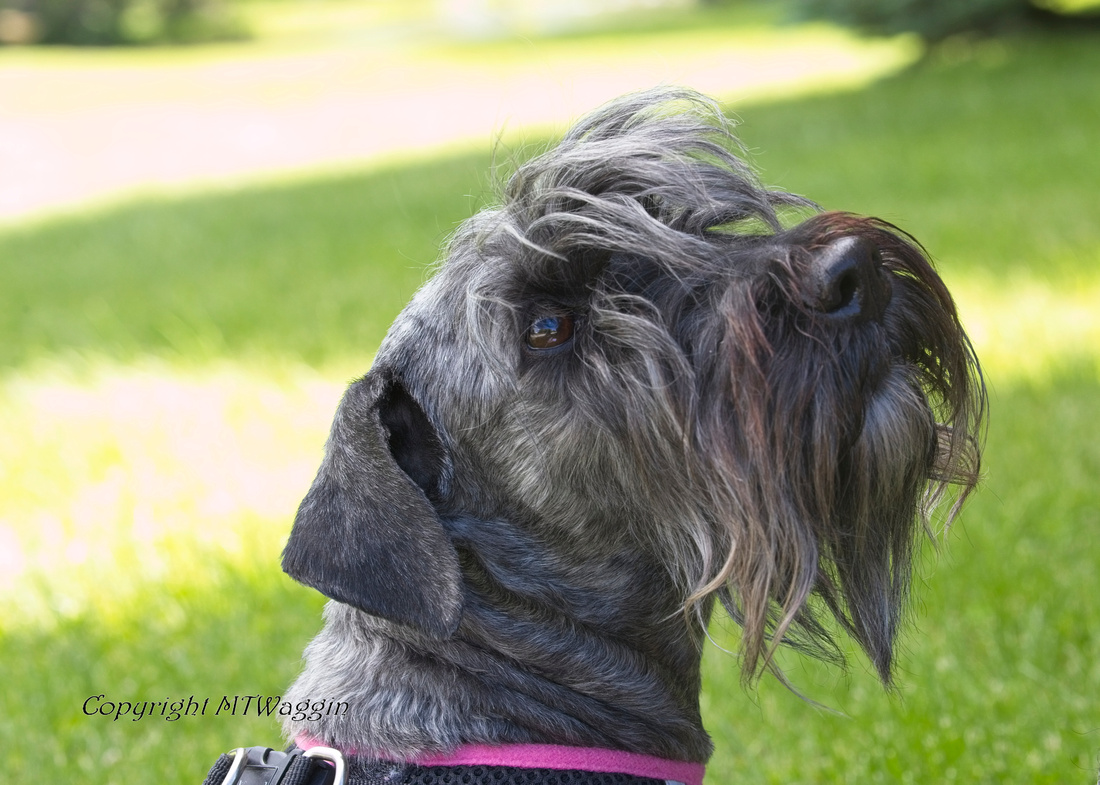 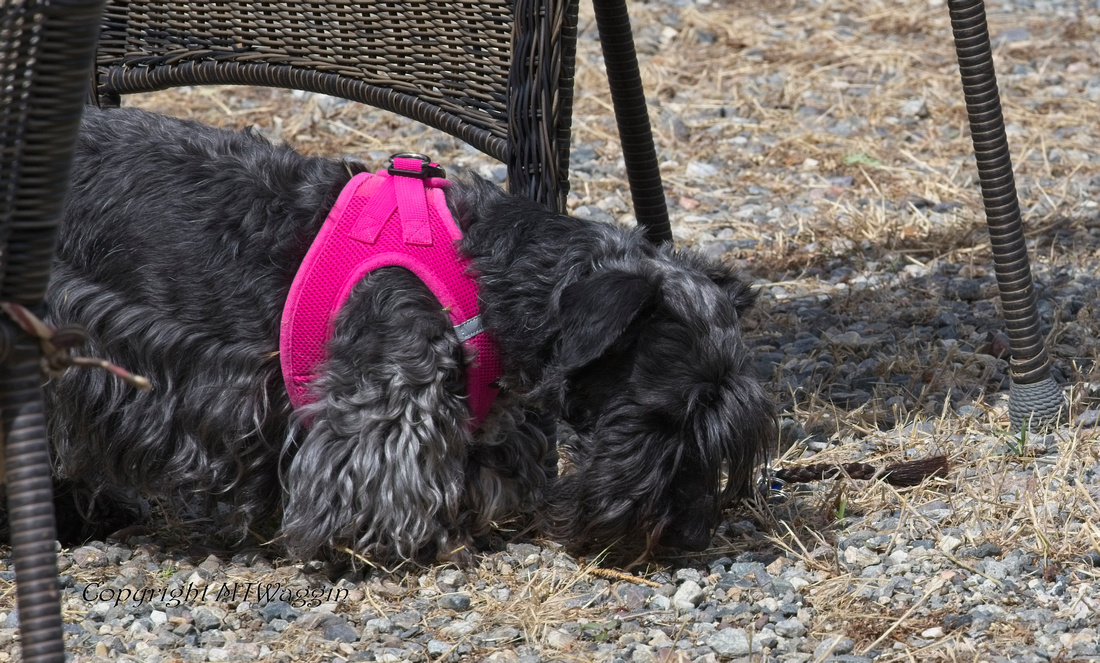 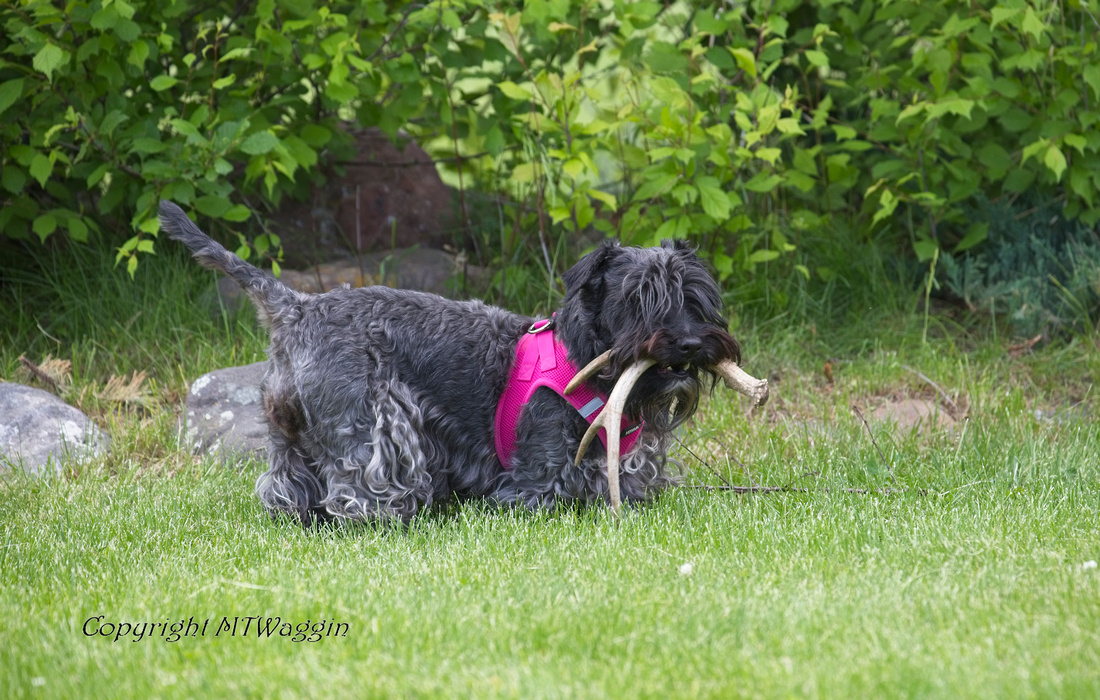 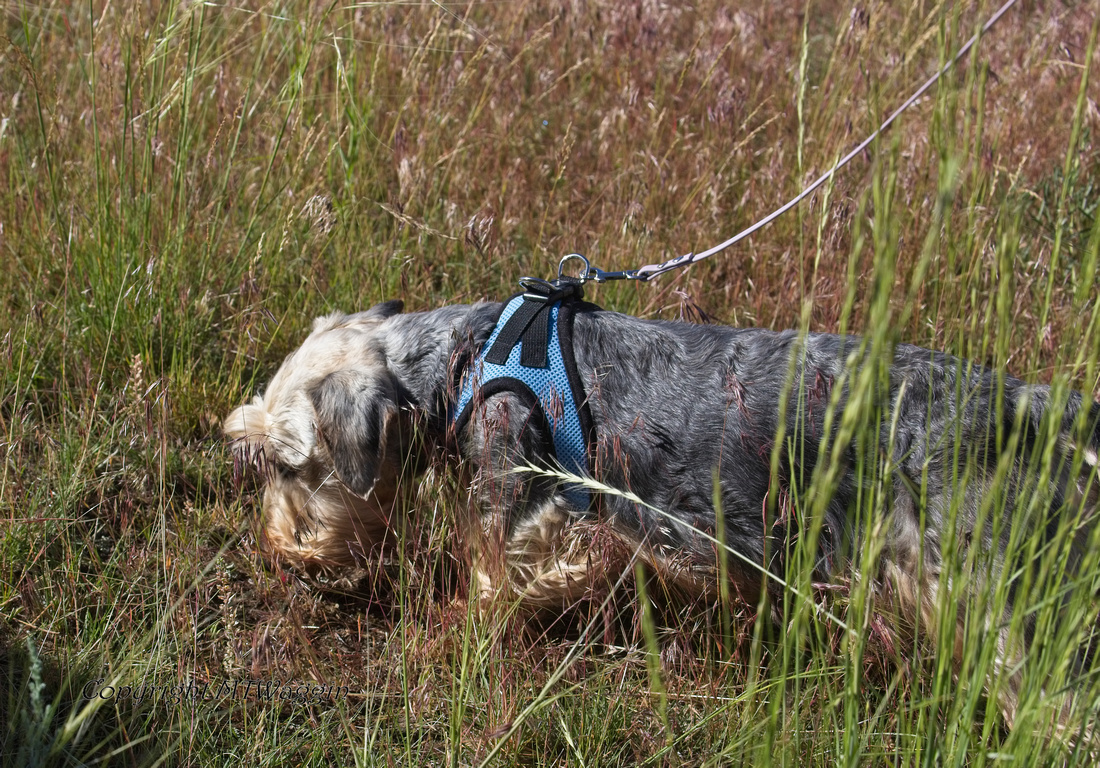 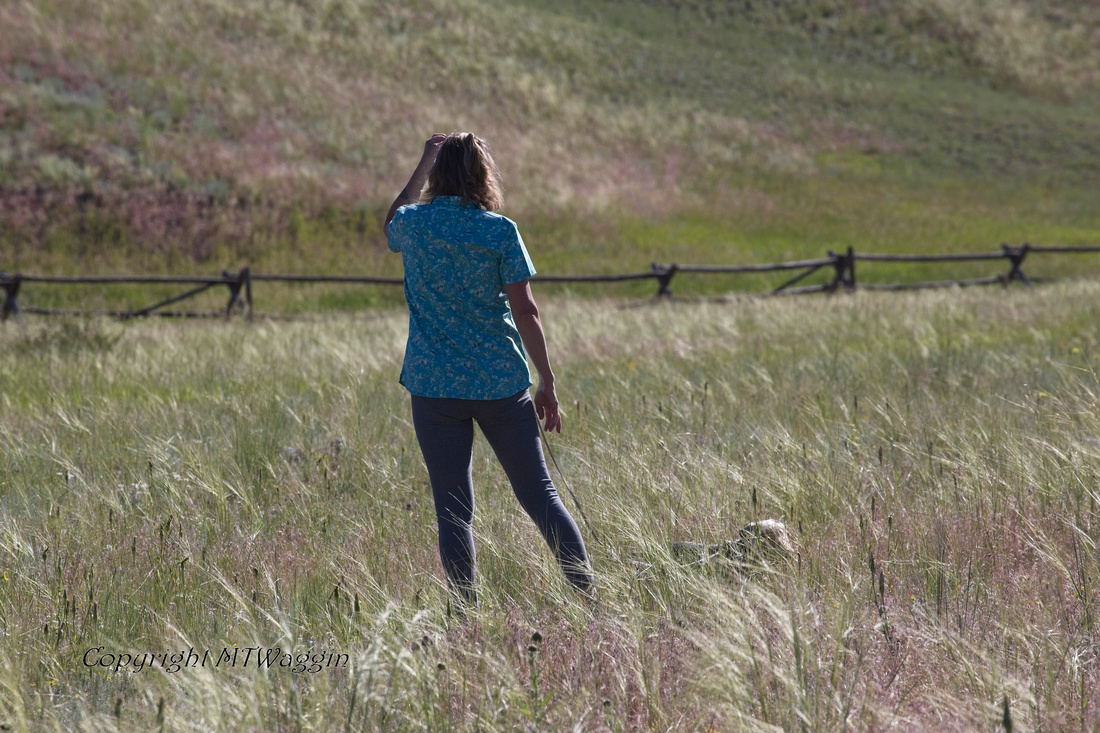 After fighting with the furnace 3 nights I decided to leave after our runs on Thursday.  I had left myself the option to leave early or stay till Saturday but I was tired, the dogs were tired, Iago was pretty much done with it and I didn't want to fight the long weekend traffic on Friday on top of the construction I knew we'd have.  I was glad  I did.  Traffic was light, the temps were lower and it made me feel less rushed to get some things done at home.   We all slept like stones Thursday night even the dogs didn't say a peep till well after 9 a.m. Friday morning (they never make it past 7).

Friday and Saturday were the first 2 days of chores.   Because the county decided to water down one of the roads I had to drive over to get out of town my trailer and truck were covered in red dirt and I knew if it was left on them it would become concrete.  So rinsing off was required.   That took way longer than I had hoped.   Saturday I was planning on laying out the bird netting for the end yard so that when help arrived Sunday we could get it up.  Well it stayed cool long enough that once I figured out where the corners were I just went for it and we now have a single back yard again and room for the dogs to roam more.   Not that I don't have other work to do back there now but the big job is done and the little fence is down so I can more easily get to my clothes line which I also got put back up. 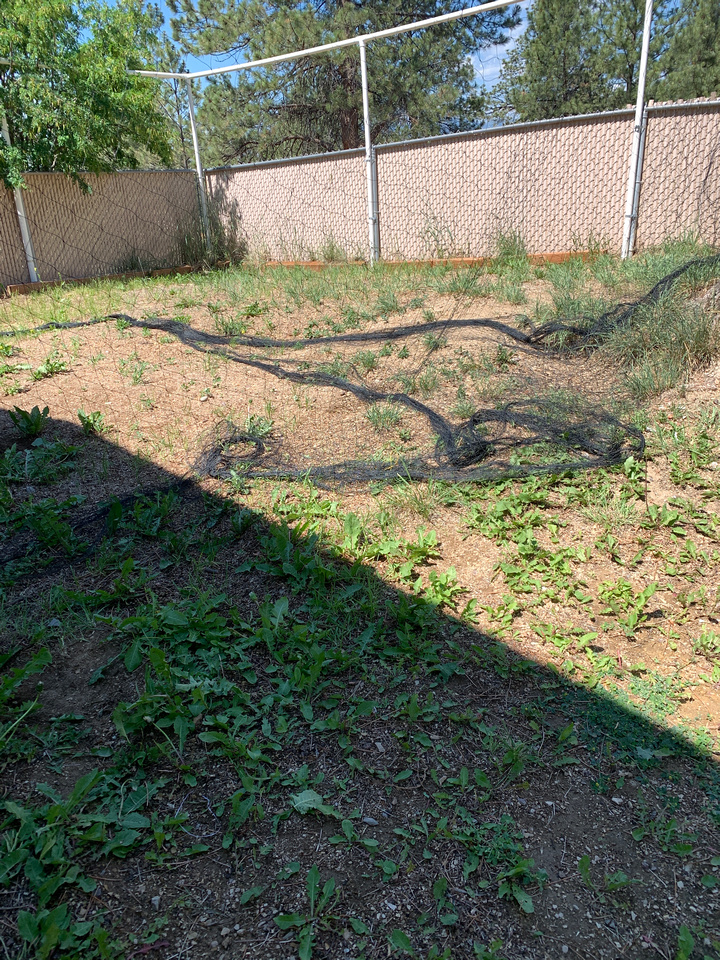 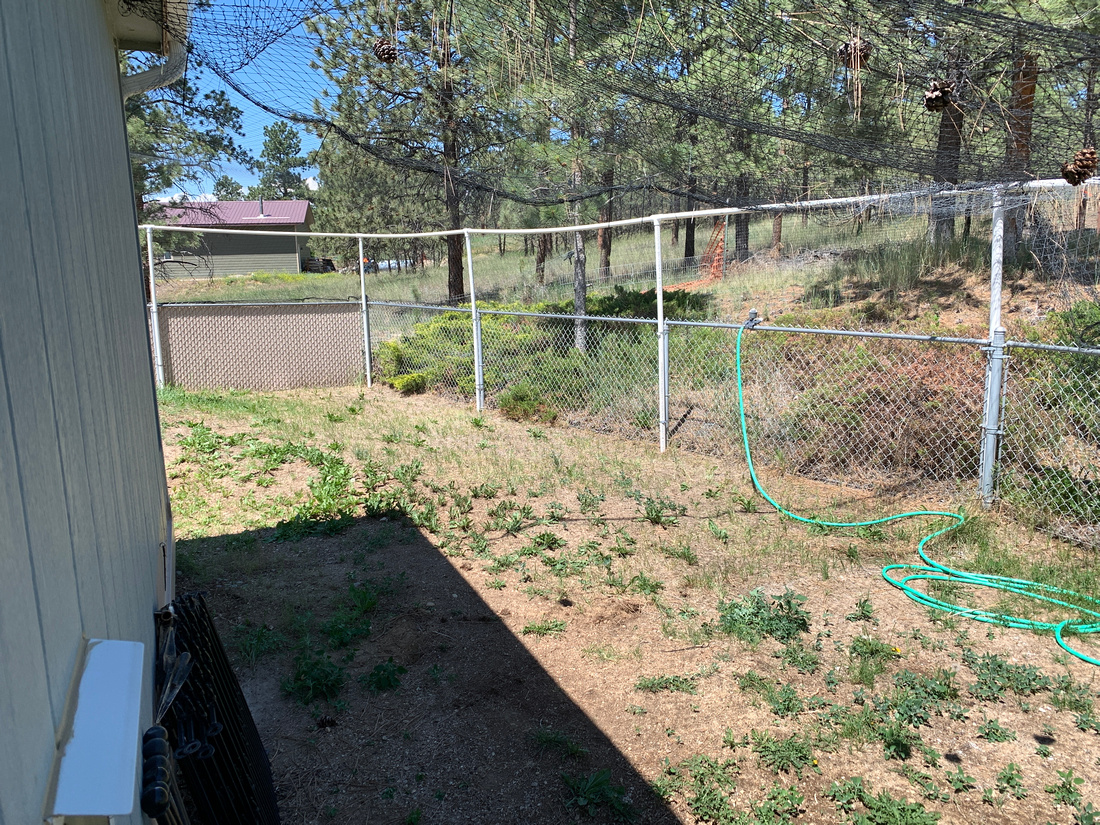 Saturday night Ias storms rolled in again for the second night and it cooled off I got busy starting some serious cleaning (i.e. throwing out) starting with the office.   I was considering putting Iago's cage back in the office (which back in the day was the bird room) but honestly I think she will be happier in the living area with us.   She was relocated because I'm still not happy with the arrangement in the living room either.   I still have "stuff" hanging around in places it shouldn't and I will have my work cut out for me in the spare room and the dog room.  All WILL be cleaned out by Fall and I can happily report that the trash is full for mid-week pick up, I have items not only for the re-Store but also the thrift store. 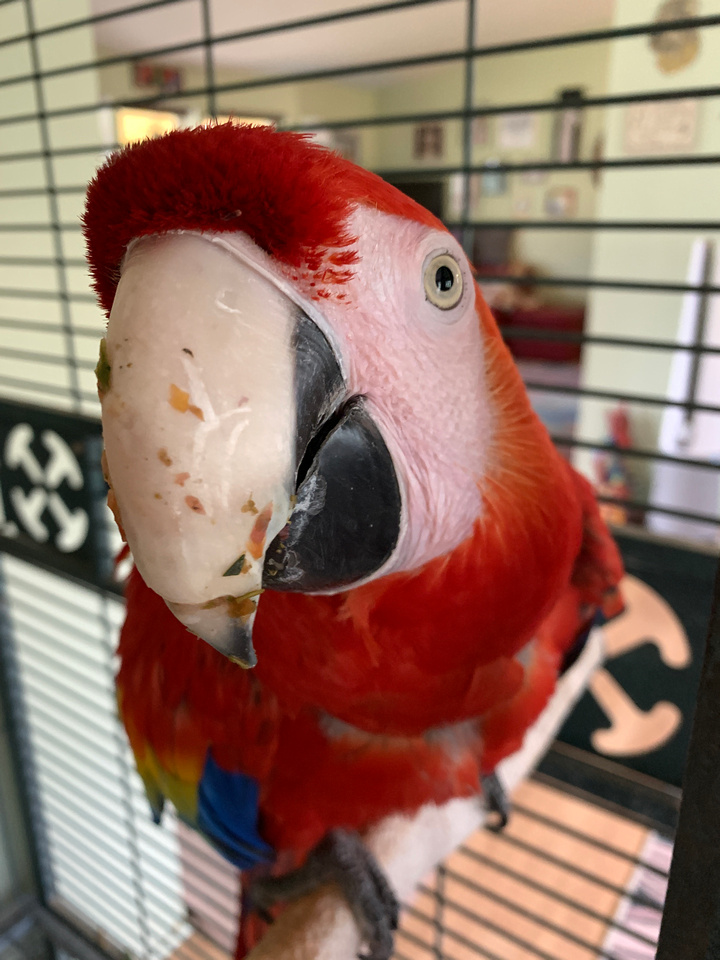